Below the Biologically Effective Dose

As regular readers of the Deutsches Ärzteblatt, we first came across the presentation of the S3 guideline mentioned in the article (1) a few months ago online. Already at that time, we noticed that in the section on breast radiotherapy after breast-conserving surgery, finally the moderately hypofractionated radiation, of about 40 Gy in 15 to 16 fractions, was listed, but within a period of 3 to 5 weeks (according to Evidence-based Recommendation 4.37; only the following text [page 143] correctly states “to combine with moderate acceleration [3 weeks]”).

The stated duration of “up to 5 weeks” seems to be a central mistake. It cannot be ruled out that with such a time regimen and at the indicated dosage, the biologically effective dose of 25 fractions of 2 Gy over 5 weeks would be insufficient due to accelerated repopulation (which occurs on average about three weeks after the start of radiation and is “compensated” on average by about 0.65–0.7 Gy per day). This can also be seen in the section of the START trials that compared 13 x 3 Gy over 5 weeks with 25 x 2 Gy over 5 weeks (2–4). Apparently, for the biological effective dose calculations in this arm of the START-A trial, the decision was made to maintain the same total time of irradiation in the two arms.

Incidentally: after many decades of clinical experience with moderately hypofractionated radiation for this indication, the randomized comparisons and their results could have been obtained much earlier, which would have saved a lot of money.

The authors declares that no conflict of interest exists. 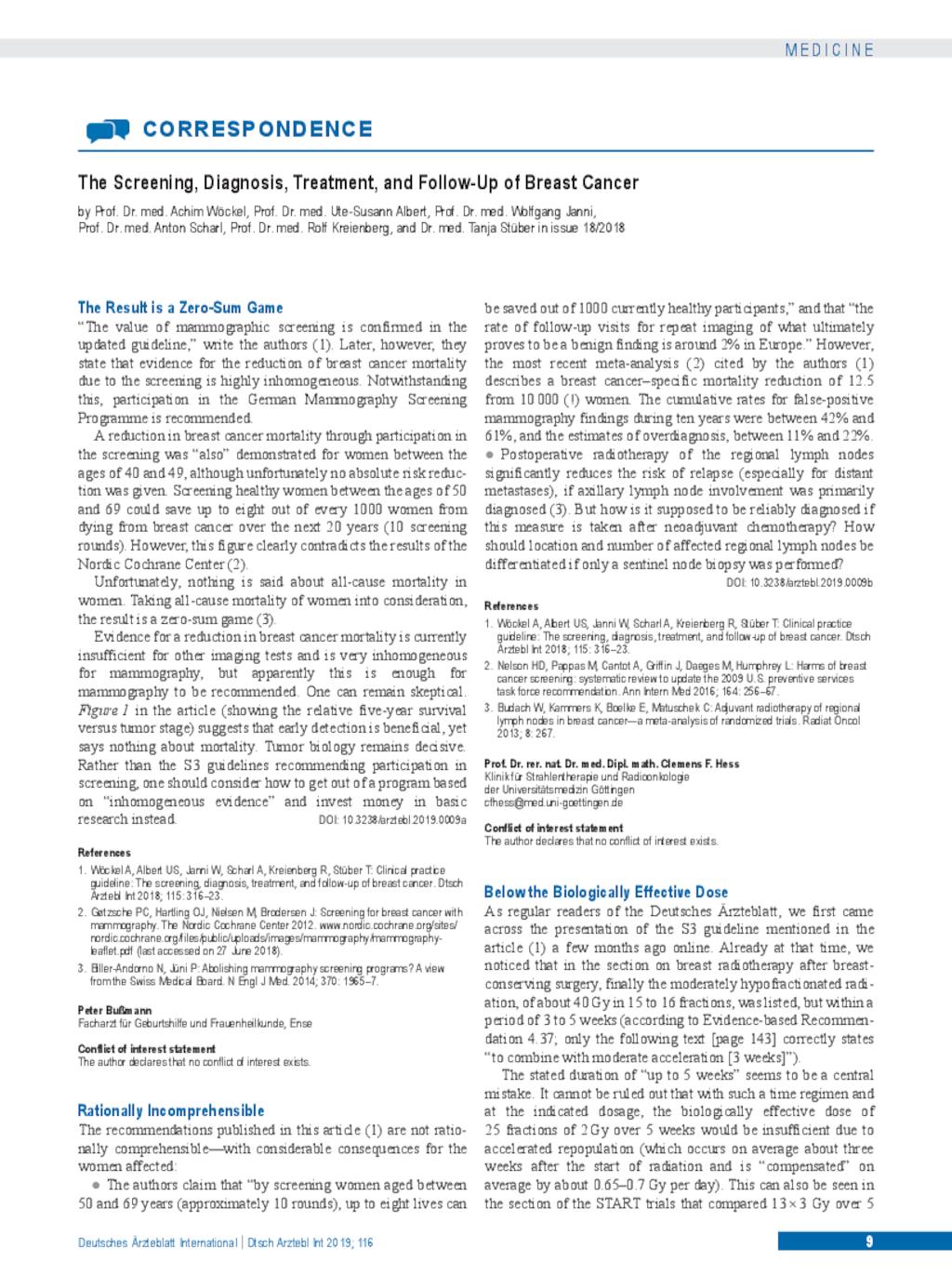