We are grateful for the contributions to the discussion, which we will briefly address. We would recommend that all interested parties refer to the long version of the S3 guideline, which has a detailed explanation of the complex evidence situation.

Mammography screening: The updated German S3 guideline has taken into account the recommendations of the American Cancer Society (1), the US Preventive Task Force (2), and the International Agency for Research on Cancer (IARC) (3). The IARC confirms the results of the meta-analyses of existing randomized controlled trials (RCTs) but considers well-controlled recent observational studies (approximately 20 incidence-based cohort and case-control studies) as more appropriate for the assessment of current screening programs.

The Cochrane analysis is based on data from older RCTs and calculates the effectiveness over a ten-year period after five rounds of screening. However, calculating screening effectiveness requires a longer observation period to exclude the length-time bias. These requirements are met by the incidence-based cohort studies. Different final outcomes can be obtained depending on the cohorts—hence the reference to “inhomogeneous evidence.”

Irradiation of lymphatic drainage regions: The issue of postoperative radiotherapy of lymphatic drainage regions is complex, and the evidence is not clear. The long version of the S3 guideline explains the study situation and outlines the possible courses of action. A clinical and sonographic suspicion of lymph node involvement should be diagnostically verified before biopsy, and histopathologically verified before therapy recommendation. As part of the case report of a tumor board review, an individual recommendation for each individual patient for postoperative irradiation must be provided.

Hypofractionation: Theoretically, an influence on repopulation could indeed be expected. However, according to available studies, differences in the effects of adjuvant therapy on breast cancer at three weeks as compared to five weeks is small and not statistically significant. The guideline therefore does not describe a specific scheme but a framework. However, it can also be assumed, based on the guideline text for routine care, that the use of 40 Gy or 40.5 Gy in 15 fractions over three weeks will be favored.

Prof. Albert has received honoraria for expertise activities from Medexo, consulting honoraria from Pfizer, and study support from the WSG Study Group for conducting clinical studies. 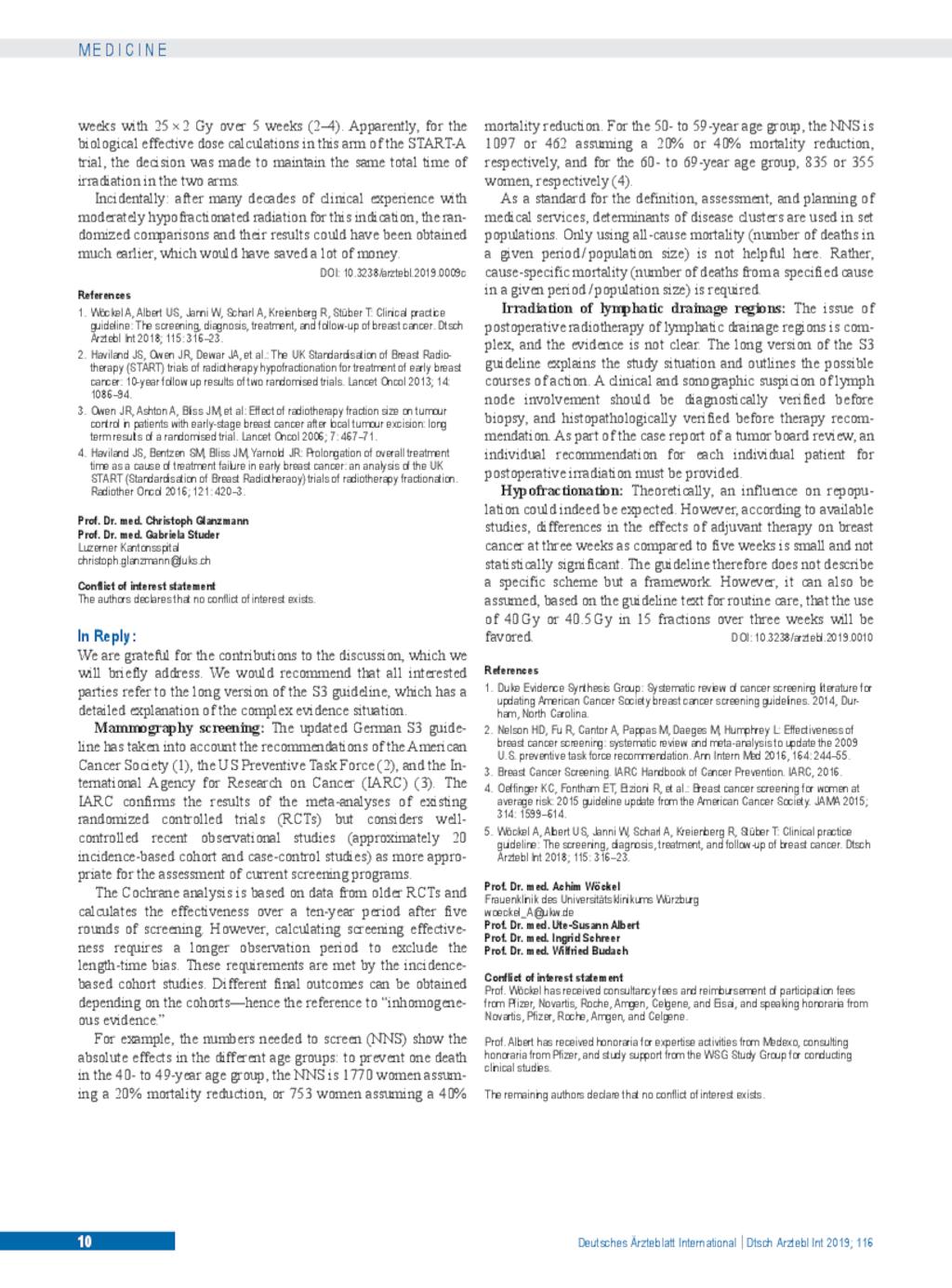