Genetic Factors Should Be Considered

Secondary hypertension is rare. Nonetheless, it should also be considered preemptively when caring for patients with incidentally discovered adrenal masses, which are initially clinically inapparent, for instance, subclinical hyperaldosteronism, subclinical Cushing‘s syndrome, or subclinical pheochromocytoma. Blood pressure is often still in the so-called normal range, which however is not necessarily normal for the individual patient (1). For example, normotensive pheochromocytomas occur in about one-third of patients with a mutation in the von Hippel-Lindau gene, as well as in other patients (2). One can measure not only free plasma metanephrines but also urinary fractionated metanephrines. In patients with Cushing‘s syndrome, it is often helpful to determine a salivary diurnal cortisol profile, especially for patients taking medications (such as contraceptives) that may lead to a false-positive (or false-negative) result in dexamethasone suppression tests (3). Knowledge of the CYP450 3A4 system is important (https://drug-interactions.medicine.iu.edu/Main-Table.aspx). Rare genetic disorders with mineralocorticoid excess are often discovered in childhood, but may also be diagnosed later, for example in connection with hypertension in a phenotypically adolescent girl with amenorrhea (17-alpha-hydroxylase deficiency; see also [3, 4]). 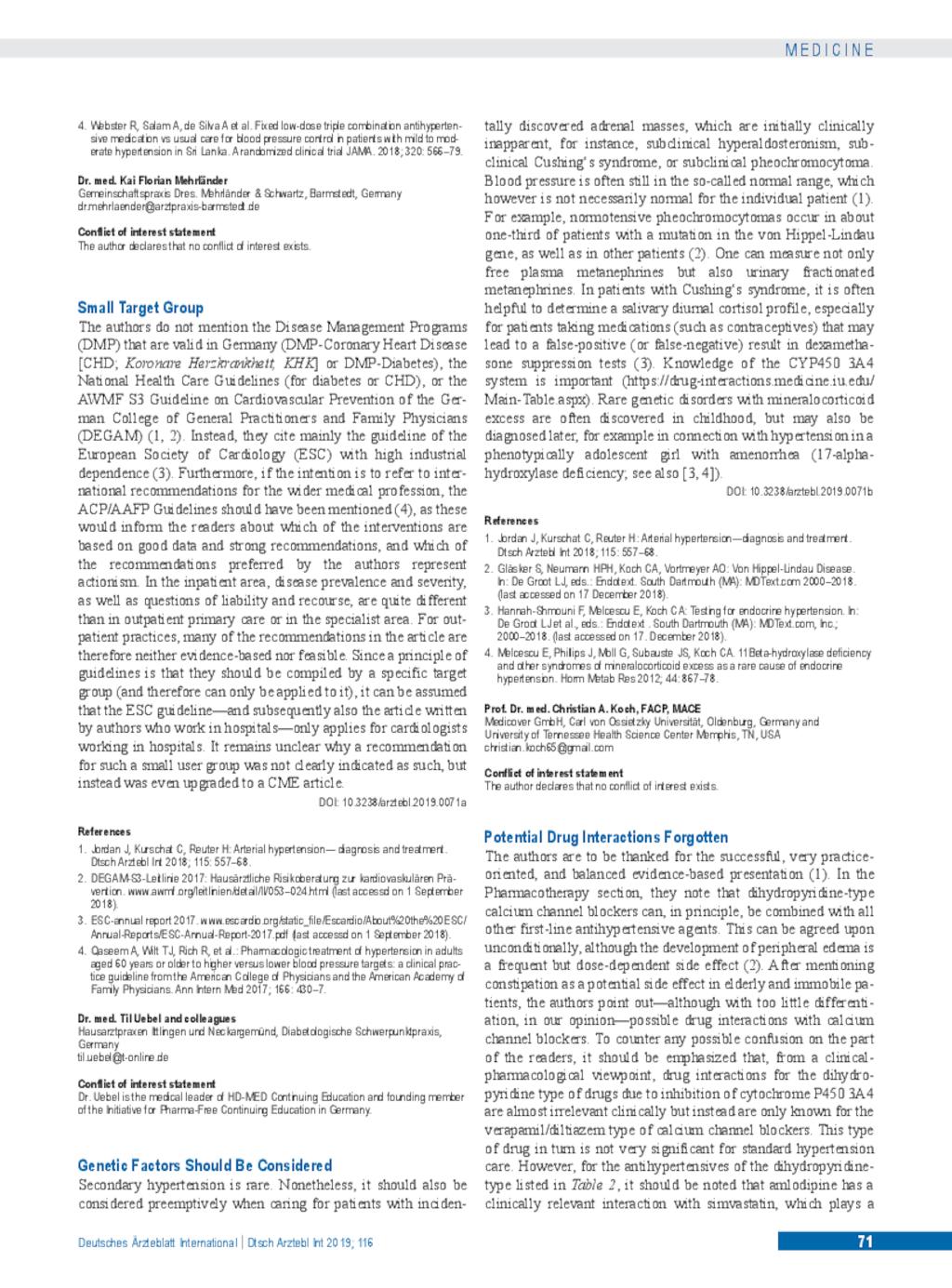