The excellent, clear, and persuasive explanation of the importance of brain death will serve as a great orientation aid to colleagues (1). Two points, however, could have been stated more convincingly: 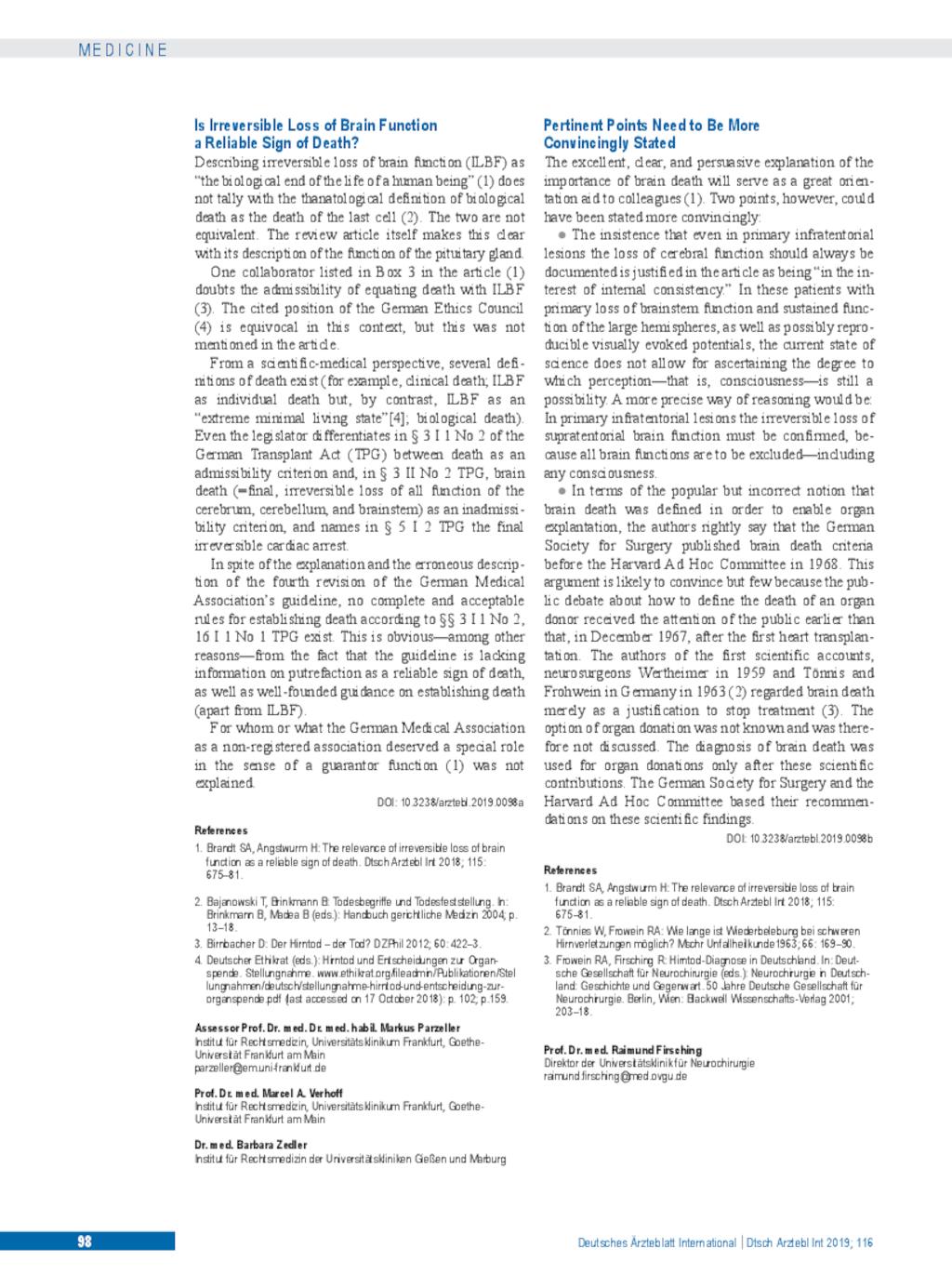