The review article (1) explicitly excludes metaphysical and cultural questions. For this reason it is not capable of producing a consensus—neither as a profound explanation for potential organ donors nor as the basis of a universally binding law, not even within the medical profession. The authors overlooked all human beings for whom consciousness (to use the words of Max Planck) is fundamental. From this perspective, “brain dead” people are terminal patients in whom life-prolonging measures are not indicated, but who are still neither dead nor without sensation, but dying, suffering, and defenseless, not able to communicate their inner lives because the tool for this—the brain—is missing.

From a medical perspective the article is not immune to challenge:

Experts in the German Medical Association have attempted for many years to ignore the international consensus on brain death (brain dead patients are dying patients but are still alive) and maintain their own concept. How much longer is this going to work? 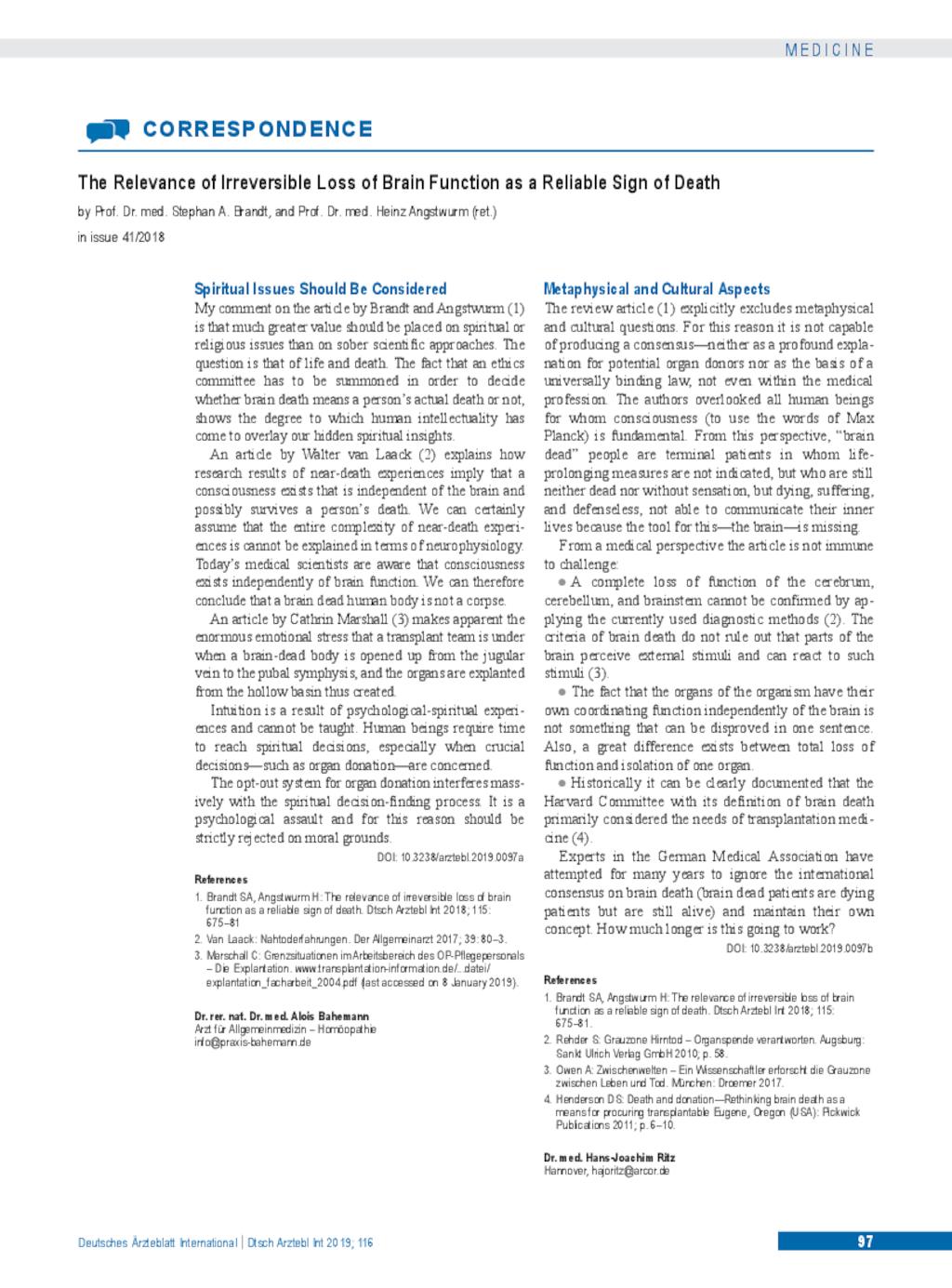