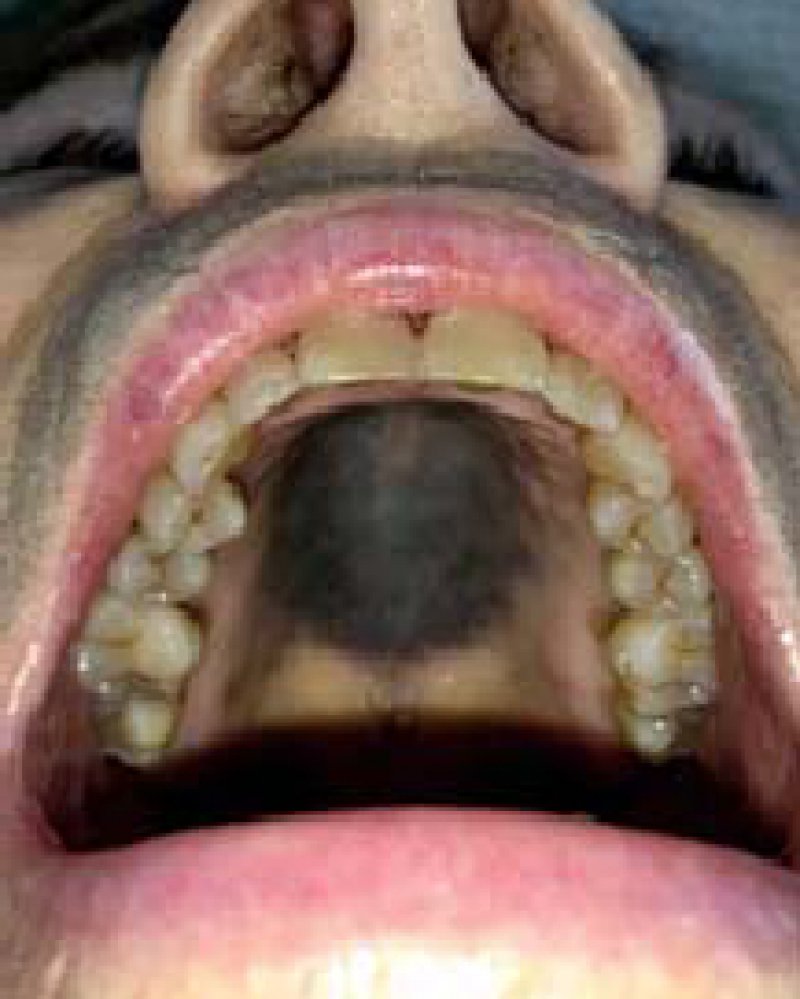 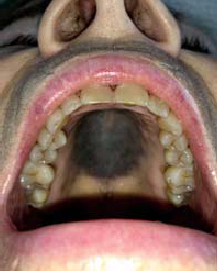 A 74-year-old woman presented for examination of a well-circumscribed large gray–blue macule on the hard palate (Figure). The lesion had been evident for the past few months without causing any symptoms. The remaining integument and the adjacent mucosa were unchanged. The patient had been an occasional smoker up to 15 years previously. For the past 10 years she had been treated with the BCR/ABL tyrosine kinase inhibitor imatinib for chronic myeloid leukemia. The differential diagnoses were lentiginous mucosal pigmentation, e.g., in association with a systemic illness; a melanocytic tumor; and idiopathic or drug-induced hyperpigmentation. Dysplastic epithelial degeneration was excluded by histological analysis; pigmented macrophages were demonstrated. The literature contains isolated reports of mucocutaneous discoloration as an extremely rare consequence of long-term imatinib treatment, possibly owing to complexing of imatinib metabolites with melanin. The mucosal changes are benign, but regular clinical follow-up, e.g., annually, is recommended. A small number of similar case reports describe long-term unchanging symptom-free persistence of the macule. 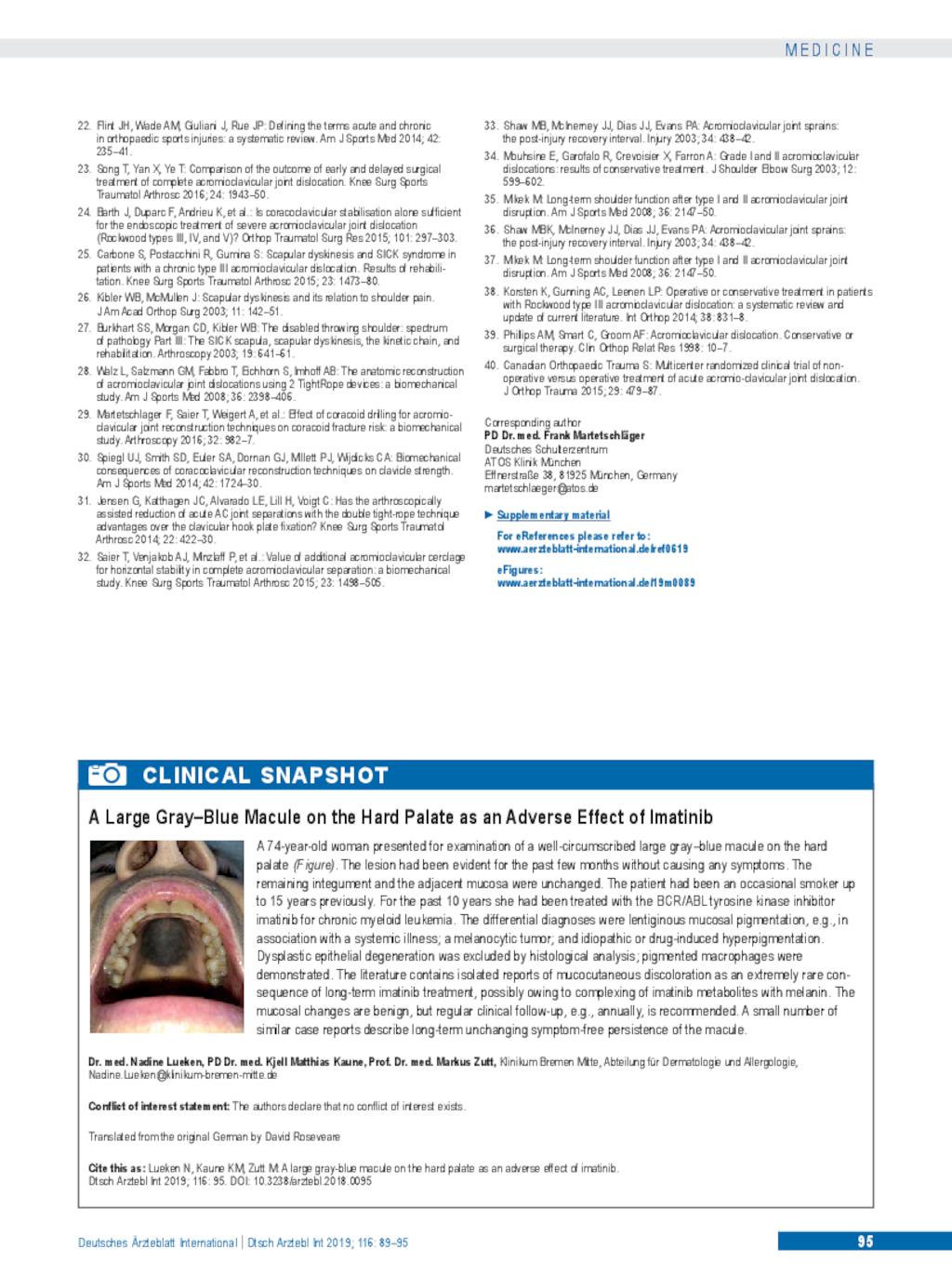