Prolonging Influence on Length of Stay

According to Bickel et al., “Two out of five elderly patients in general hospitals suffer from a cognitive disturbance” (1). 18.4% were afflicted with dementia. Correctly, the authors note that this was the proportion of those patients who were in the hospital at the same time. In our opinion, the 18.4% point prevalence rate corresponds to a period prevalence rate of almost 10% of patients aged 65 and older for whom dementia has been recorded as a secondary diagnosis in routine data (2).

In studies on the frequency of illnesses in hospitals, the influence of length of stay should be considered. The likelihood that a treatment case is included in a survey on a reference date increases with the corresponding patient’s length of stay. For instance, a long-term patient cared for all year round is included on each reference date; for a one-day case, the probability is only 1/365. Illnesses for which hospitalization represents a risk of acquisition therefore have a higher point prevalence rate than period prevalence rate. The same applies to illnesses that prolong the stay. As both effects can be combined, deviations of a factor of 2 are possible.

Dementia as an influencing factor that increases length of stay has been discussed (3). This can also be assumed for dementia-related illnesses as well as for older age. We therefore recommend that you recalculate the results so that a comparison can be made with period prevalence rates, for example using a direct standardization using the number of days of the length of stay. We would not be surprised if the conclusion were: one of every ten elderly patients in general hospital care is afflicted with dementia. This would be a validation for using routine data when including vulnerable populations into multi-institutional quality management initiatives. 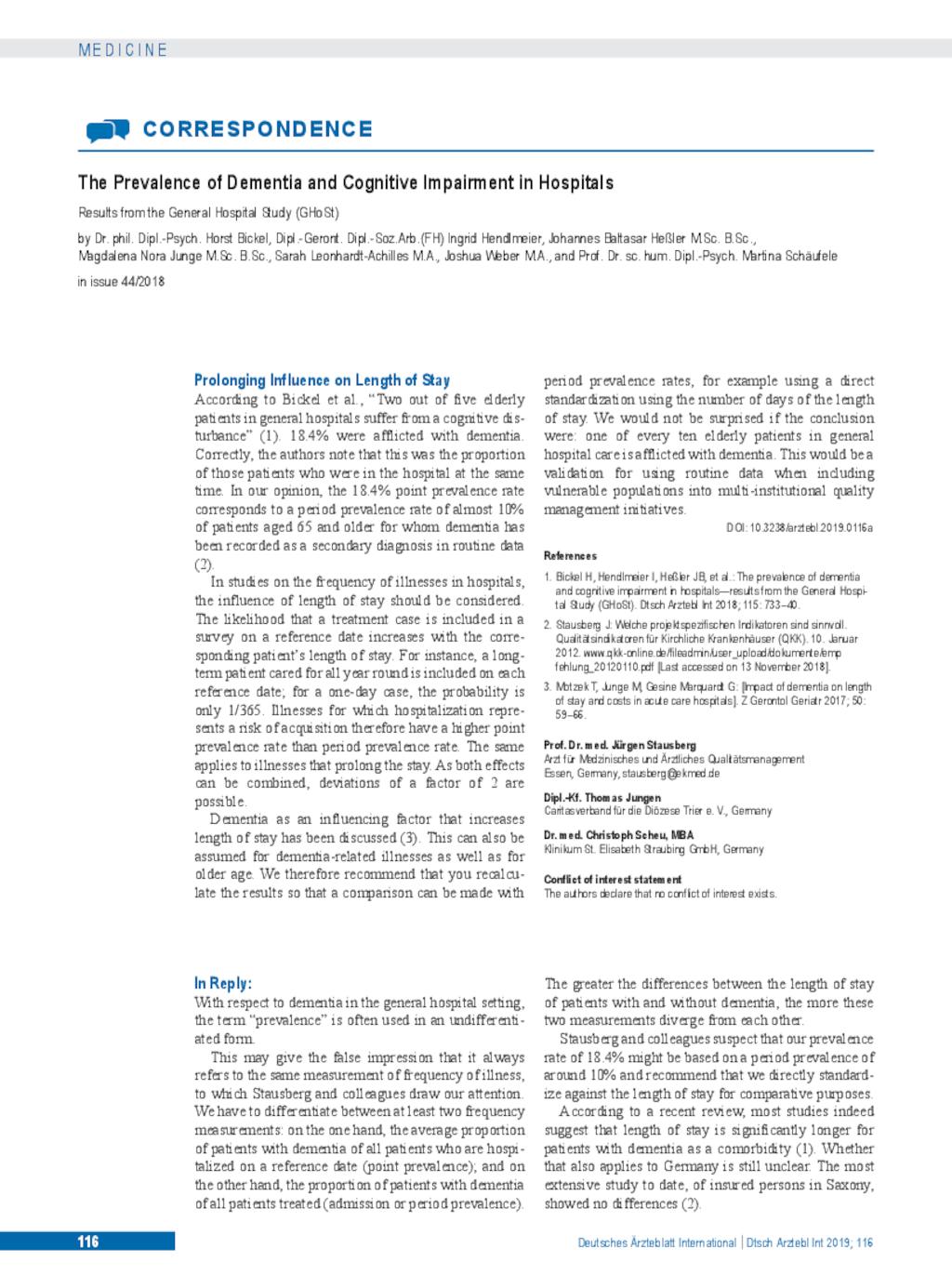