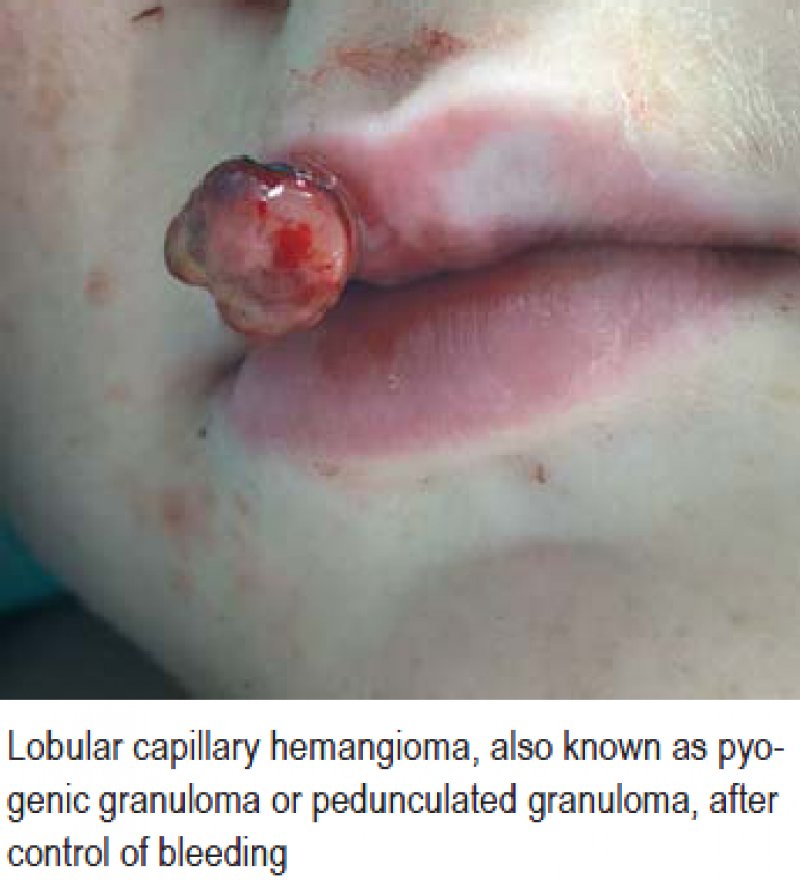 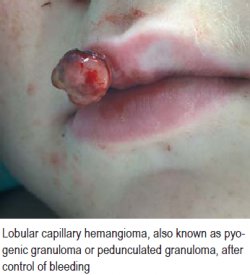 A 9-year-old boy was referred at night by the emergency physician with unstoppable continuous bleeding from a tumor on the upper lip that had grown over the preceding 2 weeks. The bleeding was brought under control by local application of epinephrine together with local and systemic administration of tranexamic acid (Hbmin9.7 g/dL). After excision under local anesthesia, histological analysis showed the growth to be a lobular capillary hemangioma. At 5-month follow-up the patient had no scarring and there had been no recurrence. According to the International Society for the Study of Vascular Anomalies, lobular capillary hemangiomas are fast-growing benign neoplasms. They occur mostly in the second or third decade of life or in children up to 7 years of age, and are usually located in the head and neck region. Lobular capillary hemangiomas are prone to ulceration and bleeding. The treatments of choice are complete excision, cryotherapy, or laser ablation; local application of propranolol may be appropriate in some cases. In 15 % of cases there is local recurrence or multiple satellite foci arise. The synonym “pyogenic granuloma” is misleading, because neither a pyogenic disease nor a granuloma is concerned. However, lobular capillary hemangiomas frequently occur in children after infection or injury. They are often misinterpreted and therefore left untreated. The etiologies of lobular capillary hemangioma and infantile hemangiomas have nothing in common.

Figure
Lobular capillary hemangioma, also known as pyogenic granuloma or pedunculated granuloma, after control of bleeding
Enlarge All figures
Bleeding to the Point of Anemia in Lobular Capillary... 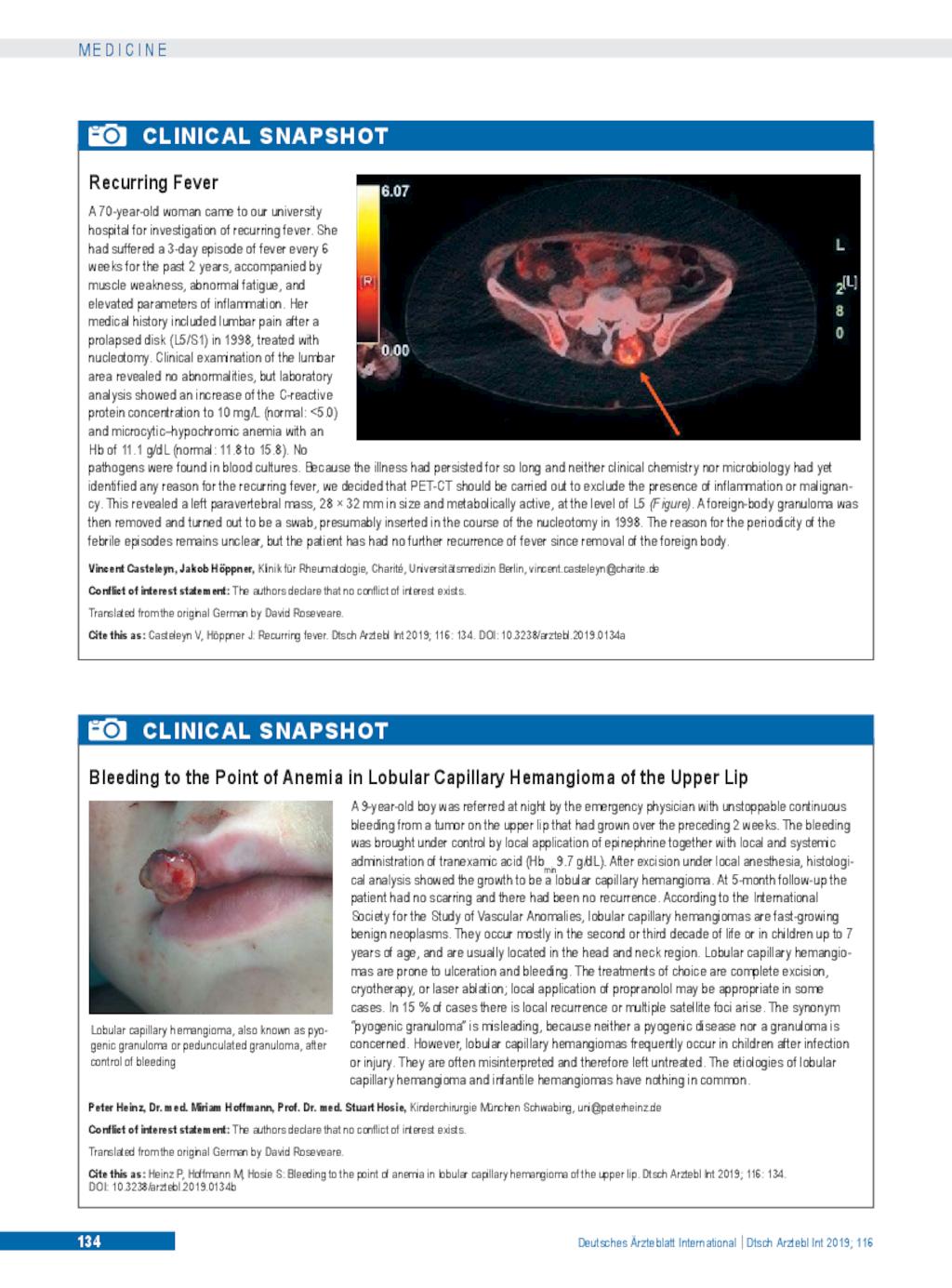