DÄ internationalArchive9/2019Eschar: An Important Visual Diagnosis in a Returning Traveler

Eschar: An Important Visual Diagnosis in a Returning Traveler

A 45-year-old man complained of fever, headache, and muscle pains a week after returning from a safari in South Africa. Clinical examination revealed a fine rash on the torso and a characteristic skin lesion on the big toe. This necrotic lesion surrounded by reddening develops into a prominent scab over the course of time and is known as eschar or „tache noire“ (French for “black spot”). The lesion is typically found at the site of a bite from a rickettsia-transmitting arthropod. In this case the patient was suffering from African tick-bite fever caused by Rickettsia africae. Rickettsiosis is a type of anthropozoonosis that occurs worldwide. R. conorii, the agent of Mediterranean spotted fever, is widespread in southern Europe. Various rickettsiae, e.g., R. felis, are endemic in Germany. The clinical triad of fever, rash, and eschar is a clear pointer to the diagnosis, although the eschar may be absent. Laboratory tests, showing a normal blood count or sometimes leukopenia or thrombocytopenia, yield no clear signs of a bacterial infection. Typically, specific antibodies were first demonstrated 3 weeks later. Because rickettsiosis can develop into a severe illness, doxycycline is indicated immediately after the initial visual diagnosis. 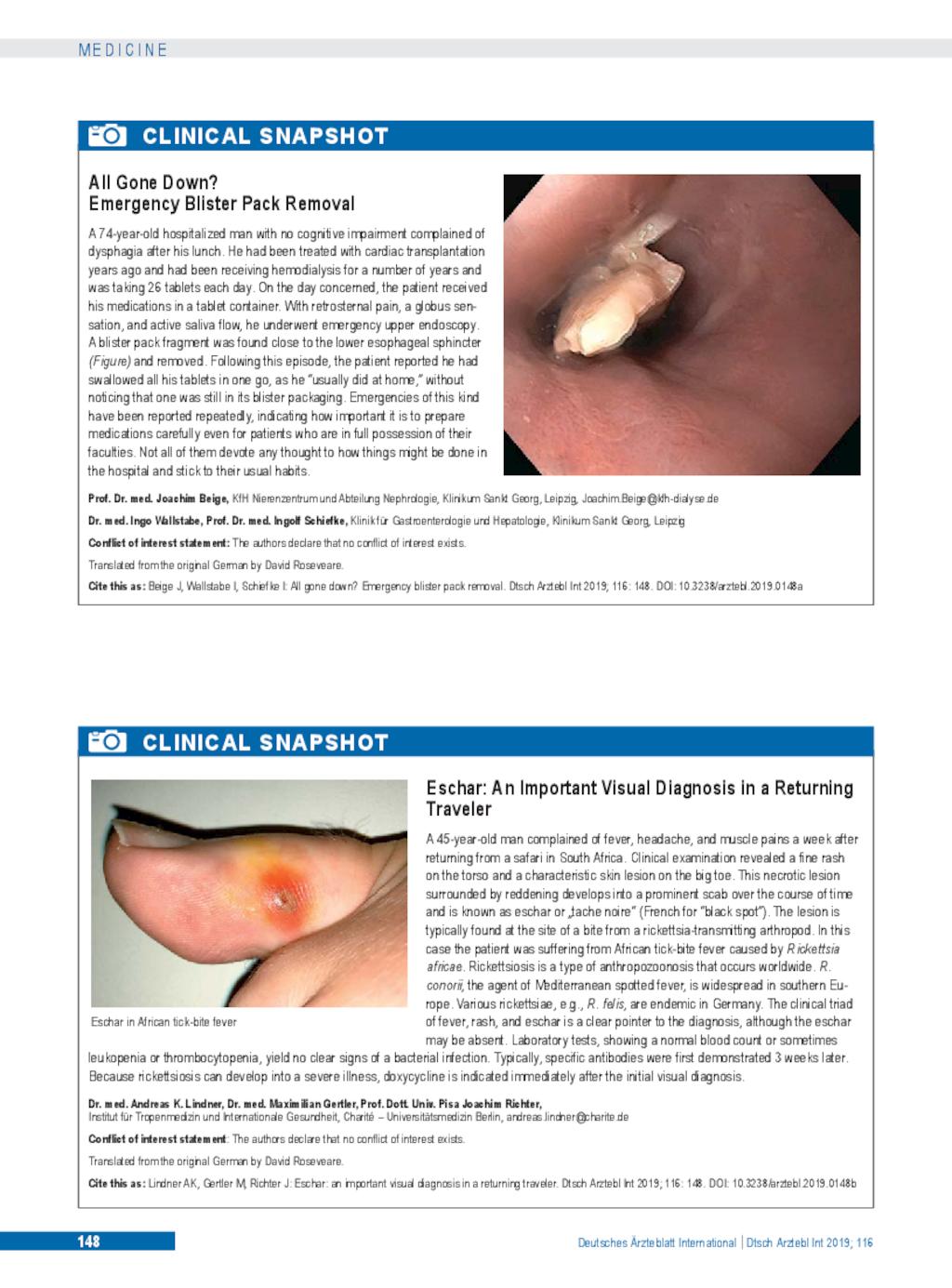