I am grateful to the authors for addressing the existing care deficits when it comes to depression in elderly people. They identified negative attitudes as the reason why psychotherapy is rarely offered to these patients (1).

In addition, a lack of curricula for further training in gerontopsychotherapy and waiting times of several months for psychotherapy significantly reduce treatment success and independence (2). Lack of mobility outside the home is also a problem (3).

Here, the intervention over the phone described in the article offers advantages. The inclusion criteria are tailored to “young elderly” free from any significant physical or mental illness. .

The study did not report how many patients at t0 had a PHQ-D score <5 (= remission), whether patients with dependence on sleeping pills or with moderate cognitive deficits (4), which frequently correlate with depression in elderly people, were excluded, and what type of further treatment is provided to the almost 75% of patient without remission.

It would be advisable to include psychotherapeutic intervention in the stepwise treatment plan for non-responders. In subsequent studies, the intervention should be compared with guideline psychotherapy and the control group should receive non-therapeutic telephone contacts. Despite its limitations, the intervention is important. It emphasizes the key role of the general practitioner in the diagnosis and initiation of treatment and offers low-threshold access to the treatment of depression in elderly patients. Treatment companions as specially trained medical assistants of GP practices could be implemented if this service were included in the EBM.

Dr. Hummel received fees for her publications from Kohlhammer-Verlag. She received financial support from the Robert Koch Foundation for a research project that she initiated. 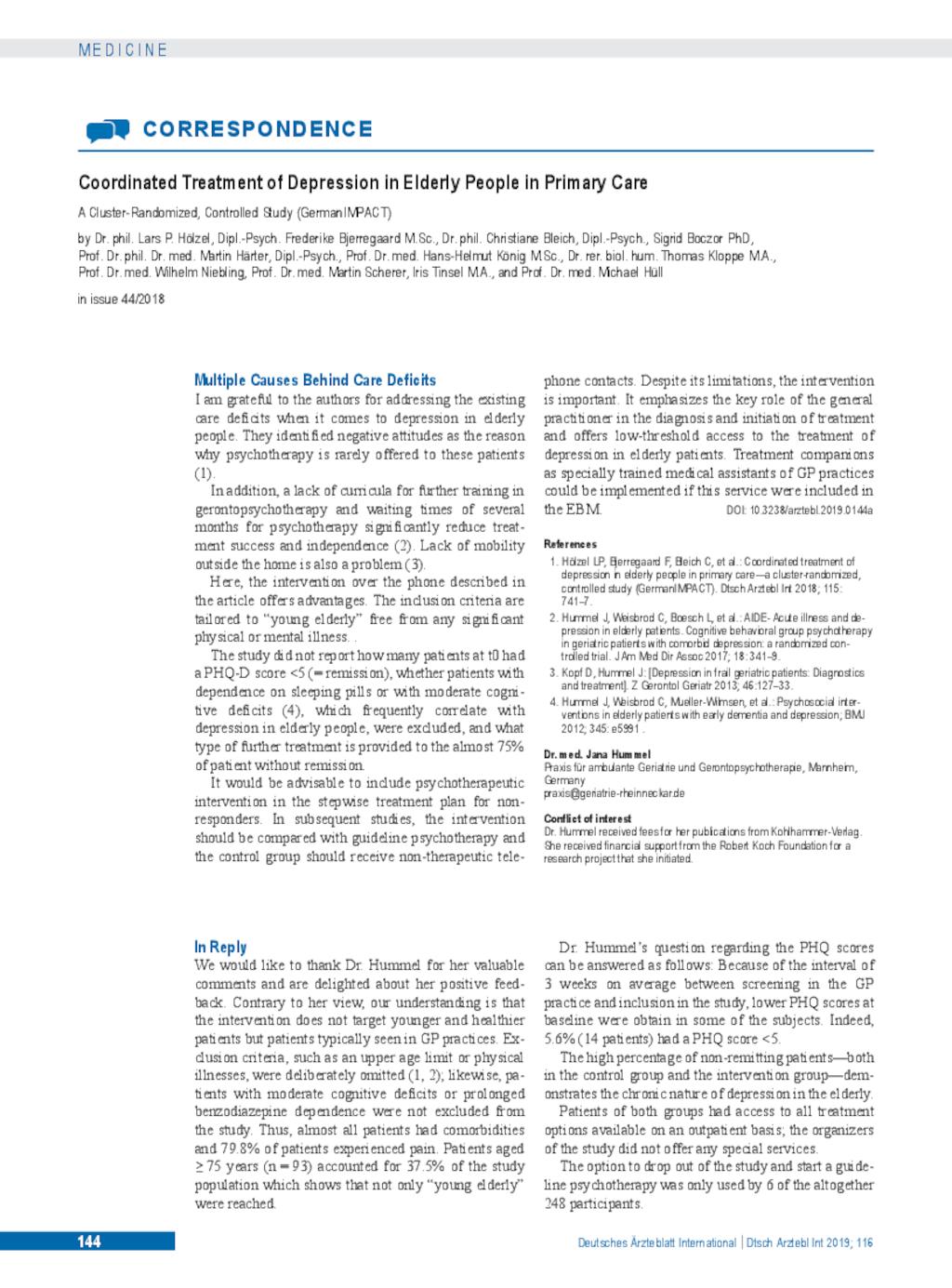