Unusual “Worms” in the Small Intestine 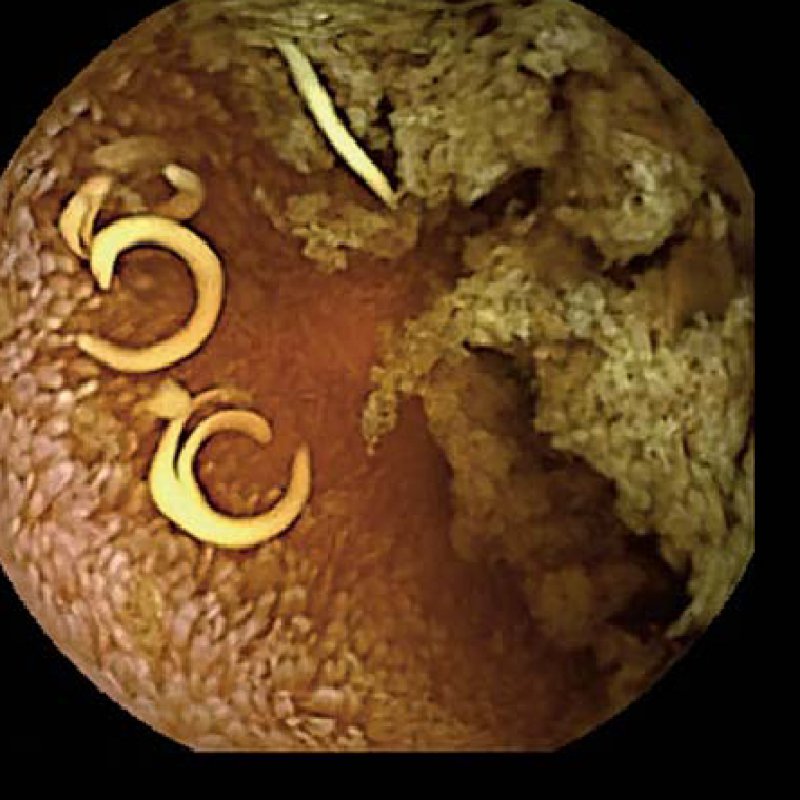 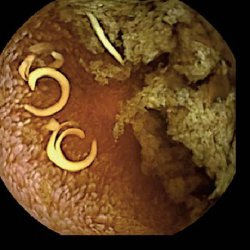 Figure
Unusual “Worms” in the Small Intestine
Enlarge All figures

A 68-year-old lady visited a gastroenterology practice for investigation of her progressive hypochromic–microcytic iron deficiency anemia (Hb 10.6 g/dL, transferrin saturation 8%). Gastroscopy and ileocoloscopy showed no relevant findings. The patient had not taken any anticoagulant or non-steroidal anti-inflammatory drugs. Capsule endoscopy showed what appeared to be prominent infestation of the small intestine with worms characterized by egg-like germinal structures and, in some cases, forked tails. There was no eosinophilia. Enquiries at the Institutes of Tropical Medicine in Hamburg and Berlin met with the response that no such worm affecting humans was known to exist. Further questioning after an Internet image search revealed that the patient had eaten white quinoa during preparation for colonoscopy. The quinoa sprouts had been released during the cooking process and were not removed from the small intestine by the precoloscopy bowel cleansing. The anemia turned out to be caused by fissural ulceration of several segments of small bowel in the context of selective small intestinal Crohn’s disease. Consumption of sprouts should be included among the endoscopic differential diagnoses for worm infestation. 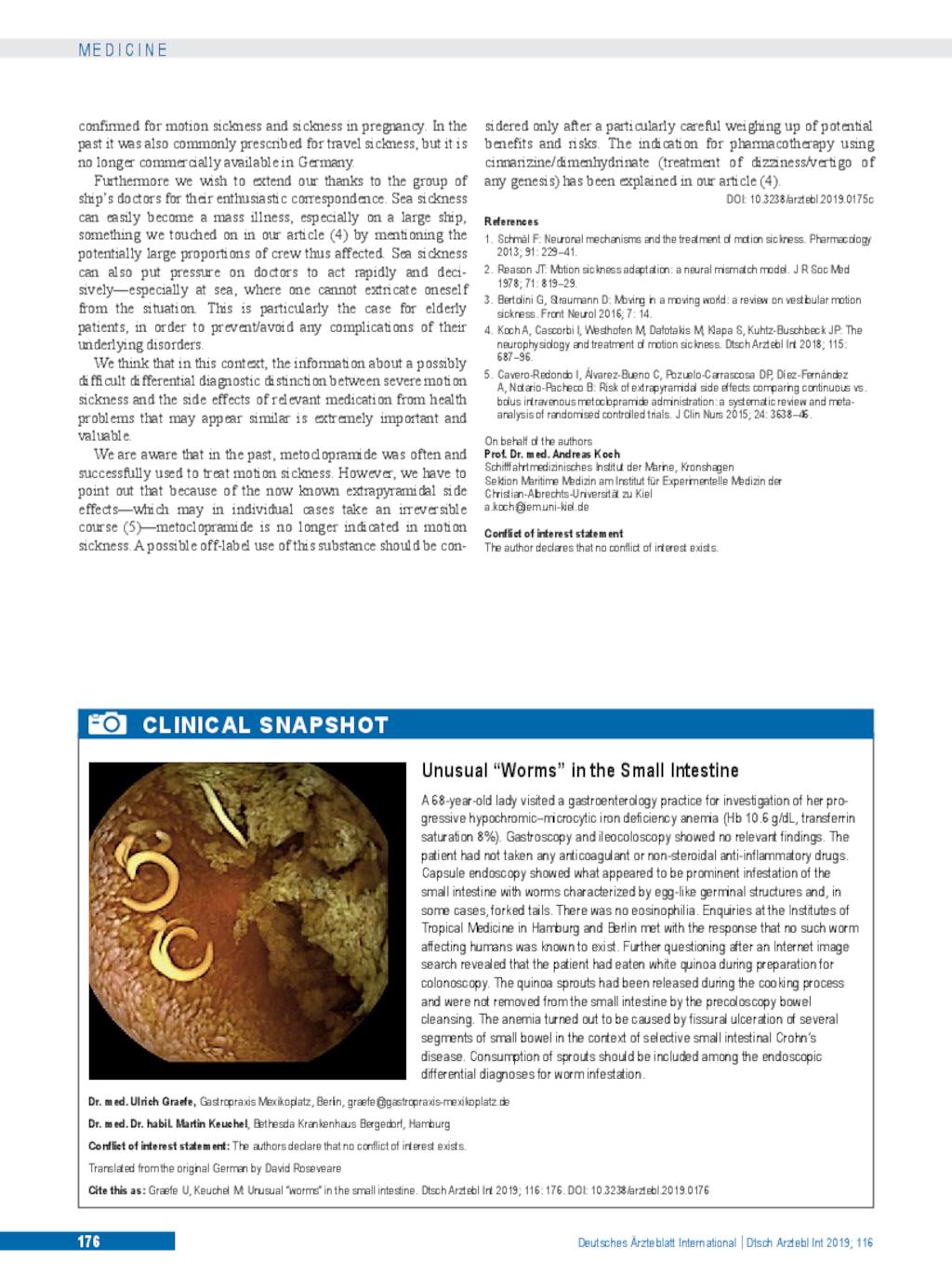