With regard to the interesting article on investigating hematuria, we would like to focus on infectious causes—which for reasons of space were only mentioned in the table—of apparently “sterile” hematuria, especially in refugees and migrants (1). In this setting, two infectious diseases are relevant whose diagnosis is not always easy: urogenital schistosomiasis and urogenital tuberculosis. A study in apparently healthy minor refugees from sub-Saharan Africa found a prevalence of schistosomiasis of almost 25% (2). Furthermore, since 2014 it has been known that bladder schistosomiasis can also once again be acquired in Europe—namely, in south Corsica (3). The suspicion of schistosomiasis can be supported in a laboratory that has the relevant specialization; it is confirmed microscopically by proving helminthic eggs in microfiltrated urine (collected from 11.00 am to 14.00 pm or collected over 24 hours).

We are also frequently confronted with refugees with urogenital tuberculosis who were not captured by admission screening for tuberculosis. The reason is that tuberculosis that was acquired outside Europe often takes an extrapulmonary course and is not seen on a chest x-ray (4). In addition to a specific interferon gamma release alpha (IGRA) assay, which often yields positive results in immigrants even without clinical manifestations, the suspicion of productive tuberculosis is supported by a highly positive reaction to the intracutaneous Mendel-Mantoux skin test. The absence of acid-fast bacilli in urine or tissue specimens and false-negative specific polymerase chain reaction may mislead clinicians. The culture, which has to be grown from concentrated morning urine, can take several weeks to become positive.

Prof. Richter has received reimbursement of travel and accommodation expenses from Fiocruz, Brazil. The remaining signatories declare that no conflict of interest exists. 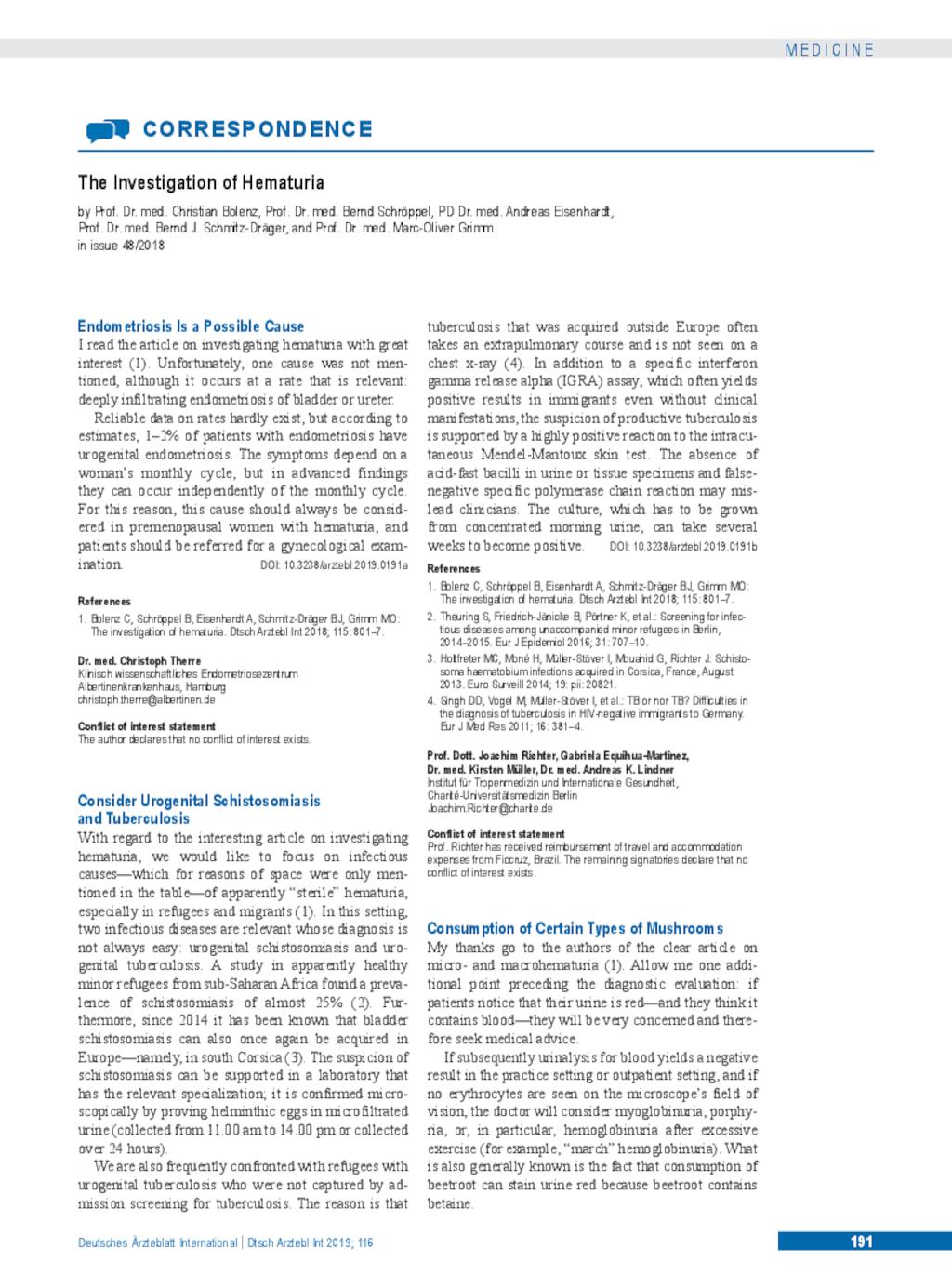