A 34-year-old woman reported increasing numbers of bites causing blisters on her body, particularly the extremities (Figure). She complained of feeling distinctly ill with fierce itching. She had mild leukocytosis and elevated C-reactive protein. On questioning, the patient revealed that a pest controller had found bedbugs in the apartment next door a few months previously. Bedbugs (Cimex lectularius) are nocturnal flightless ectoparasites that can survive for as long as 6 months between meals of blood. They spend the daylight hours in dark cracks, corners, and picture frames. Until recently they were thought to be extinct in Germany. The main reasons for their worldwide resurgence since the year 2000 are believed to be increases in tourism and trading in second-hand goods. The patients almost always complain of severe itching of the bites. Repeated biting can lead to habituation or to allergic reaction. In this case, external application of antiseptic and anti-inflammatory preparations brought about clear improvement. The residence of affected patients must always be decontaminated by a pest controller, with complete dismantling of all furniture. 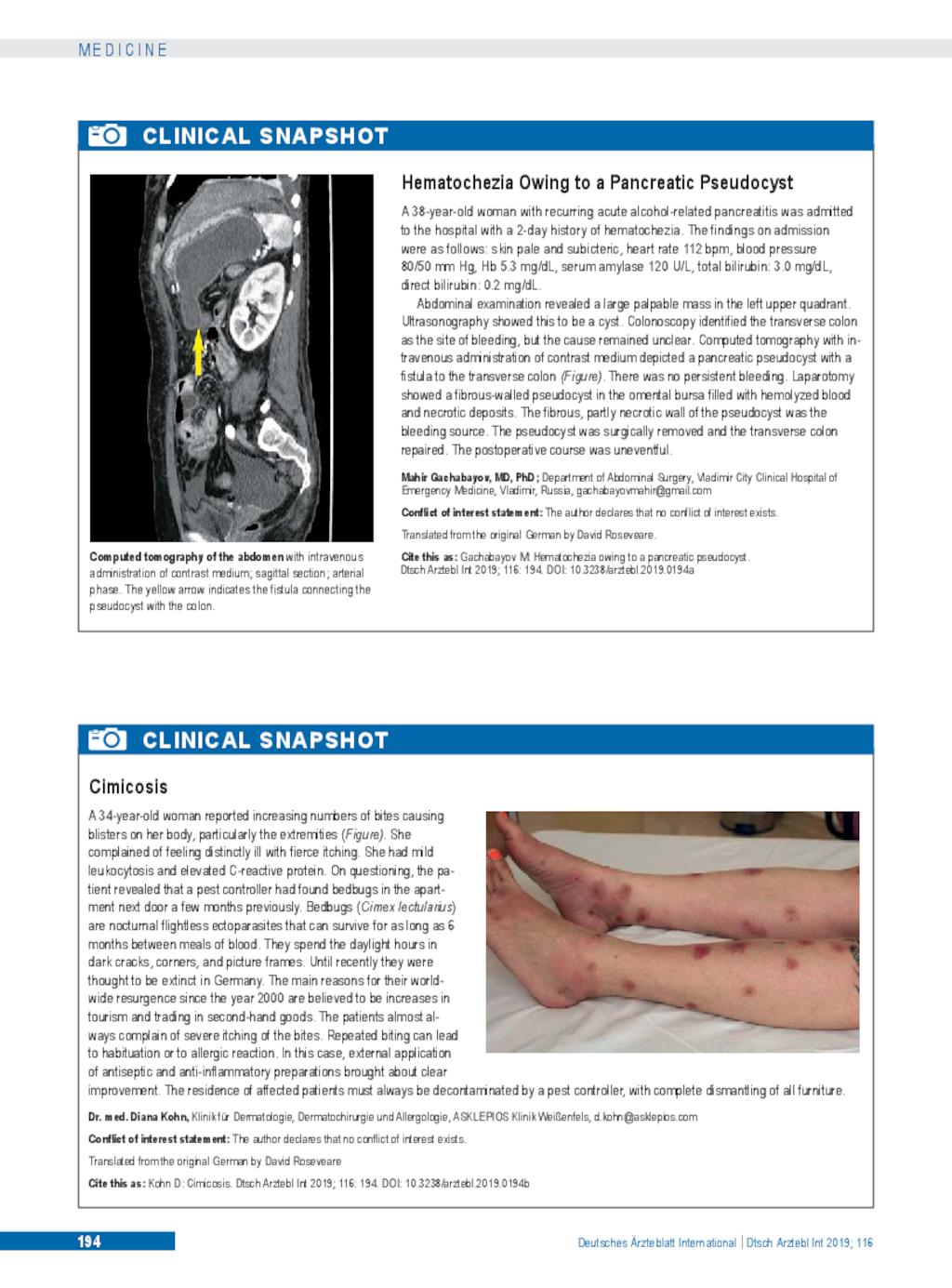