A 63-year-old woman presented with dyspnea at rest following a fall at home. She also had cutaneous emphysema extending from her face to both hands and in the abdominal region. Moreover, she was suffering from dysphonia. Computed tomography showed serial fractures of the fifth to tenth ribs on the right with the lungs inflated and a fractured second rib on the left with pneumothorax and a fracture of the gladiolus. Insertion of a left thoracic drain ameliorated the dyspnea at first, but over the course of the day 900 mL of bloody secretion was drained off. A possible cause was the patient’s intake of the thrombin inhibitor dabigatran (2 × 150 mg daily) for intermittent atrial fibrillation. The bleeding ceased after administration of 5 g of the dabigatran antibody idarucizumab and 2 g of the antifibrinolytic agent tranexamic acid. Subsequently two units of packed red cells and four of fresh frozen plasma were given because of a significant drop in hemoglobin concentration. The patient’s breathing difficulties continued to worsen and a right thoracic drain was inserted. This finally achieved stabilization and the patient was able to leave the critical care unit a few days later. These measures represented absolutely maximal treatment in the face of threatened circulatory instability.

Figure
Enlarge All figures
Hematothorax with Cutaneous Emphysema and Dysphonia... 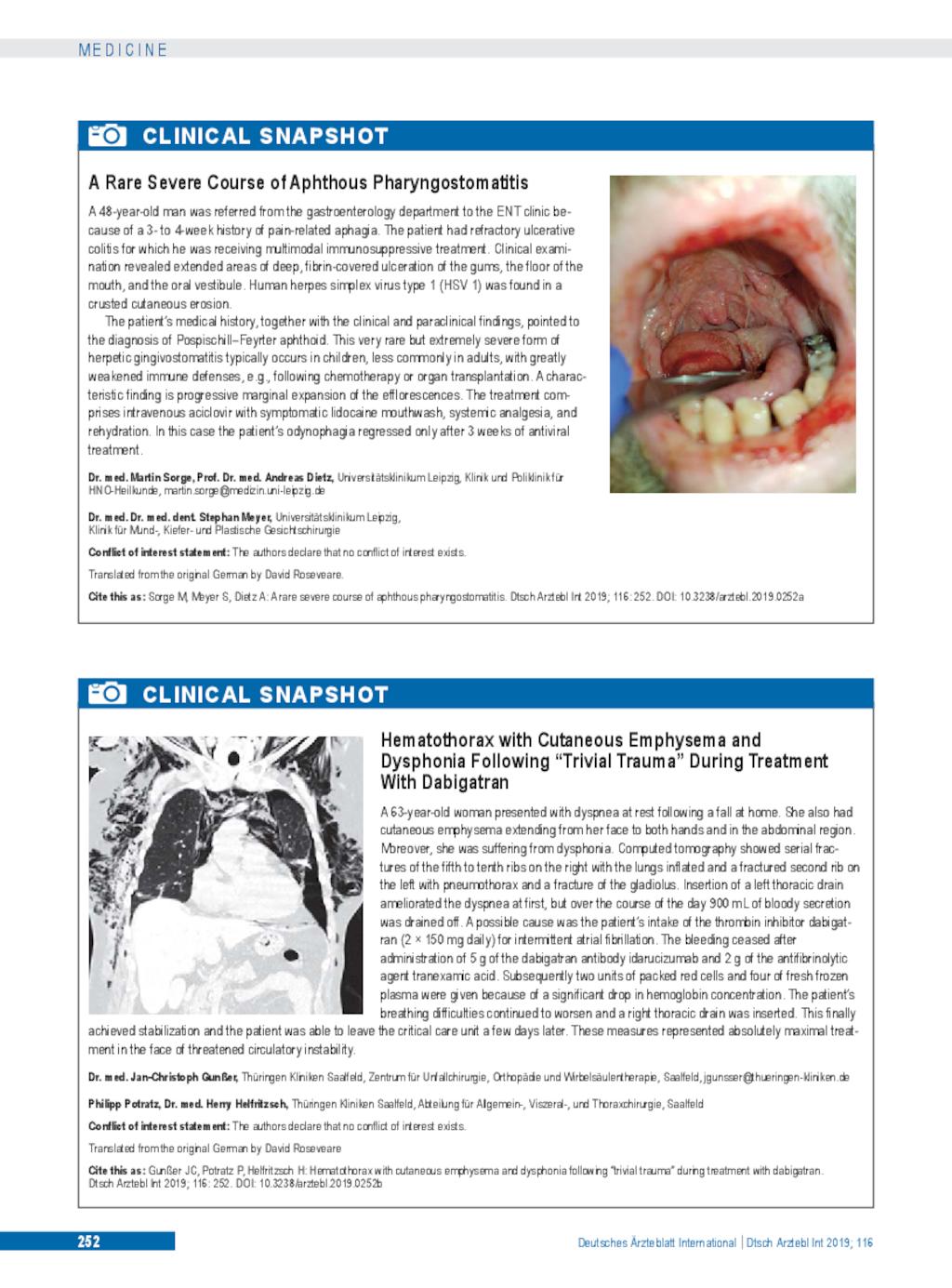