Methodological Limitations of the Study

Due to its methodological limitations, I cannot derive any indications for a possible effectiveness of leech therapy from the study.

The conditions for the trial arms were not even close to being comparable:

The unexplained deviations from the trial protocol registered under EudraCT 2011–004393–28 in the determination of the primary outcome parameters (first visit at 28 days instead of at seven days, as submitted; see www.clinicaltrialsregister.eu) and the statement about “selection bias” from recruiting “in a tertiary study center” remain baffling.

Therefore, I do not perceive the methodology to be balanced, especially as the recruitment of trial participants (which is also not mentioned in the publication) was linked to the promise of a guaranteed leech therapy (of monetary value), as “in every case, each participant will receive a free leech treatment worth the equivalent of 100 Euros” (2).

At best, it can be deduced that surveys of patients who are interested in leech therapy show better results for patients who were directly assigned to their desired method and who have had individual contact with an informed physician, than for those in physiotherapy groups who are still waiting for leech therapy. 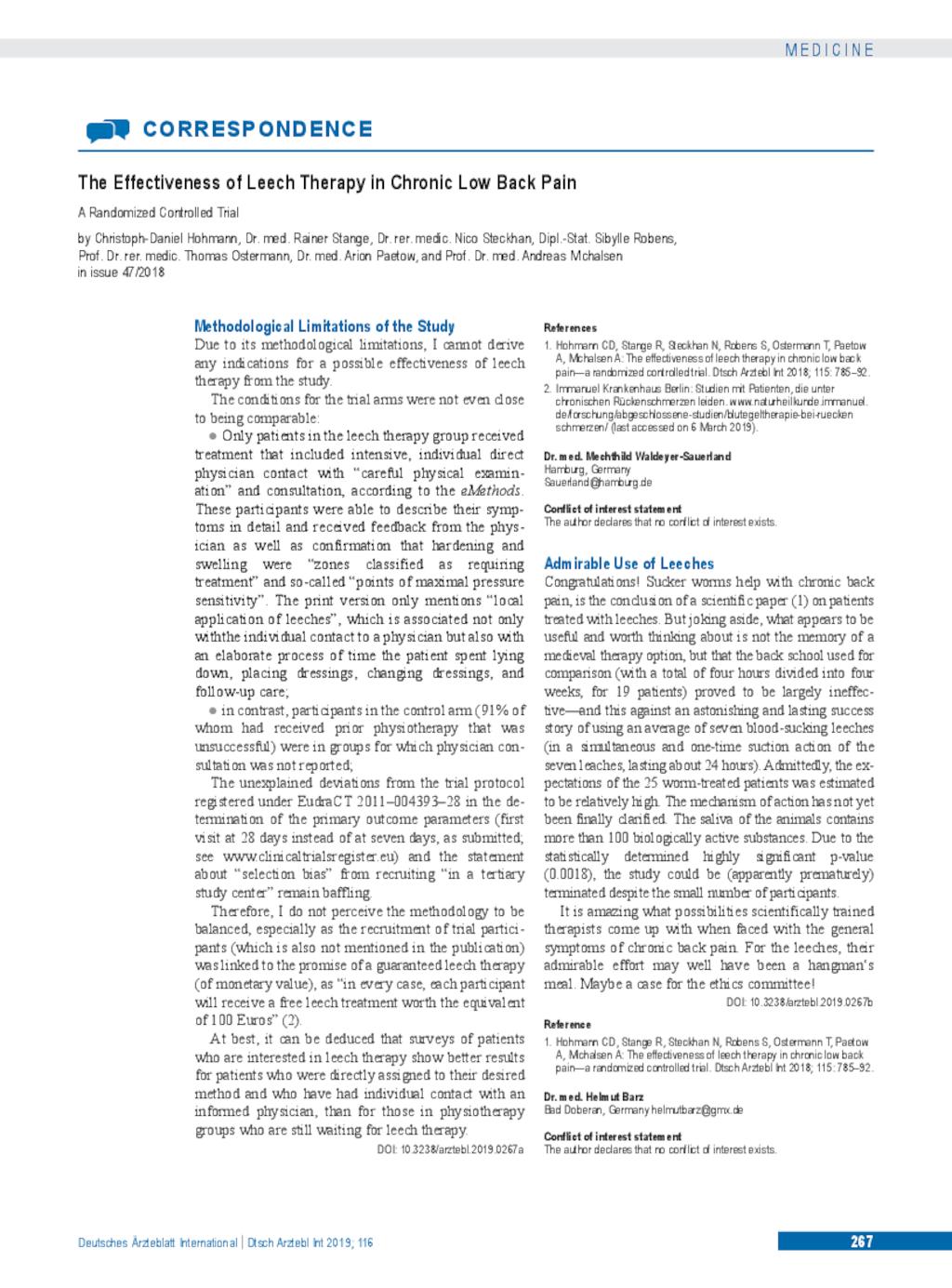