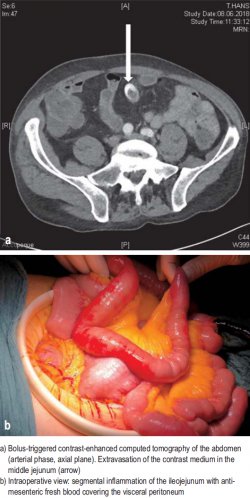 A 63-year-old man was brought to the hospital with massive peranal loss of bright-red blood. Three months earlier, p-ANCA/MPO-positive (ANCA, antineutrophil cytoplasmic antibody; MPO, myeloperoxidase), rapidly progressive glomerulonephritis had been diagnosed against a background of polyangiitis with acute-on-chronic renal failure requiring dialysis. The initial treatment was prednisolone and cyclophosphamide pulse therapy with plasmapheresis, but by the time of presentation to our department this had been switched to long-term treatment with prednisolone 7.5 mg/day.

Emergency endoscopy revealed no source of bleeding in the upper intestinal tract down to beyond the ligament of Treitz, and ileocolonoscopy was also negative. Subsequent angiographic computed tomography found a solitary acute hemorrhage in the jejunum (Figure a). Because the patient had symptoms of shock, we proceeded to explorative laparotomy (Figure b) and intraoperative endoscopy via a lower intestinal enterotomy. This revealed segmental inflammation of the ileojejunum with fresh blood from ulcerations. Histological examination of resected jejunal tissue demonstrated granulomatous vasculitis. The patient was discharged 14 days later after renewed cyclophosphamide and cortisone pulse therapy without further complications.

Systemic vasculitis of the gastrointestinal tract manifests itself in 30 to 55% of cases, depending on type; biopsy rarely confirms the diagnosis. Involvement of the small intestine has a potentially grave prognosis, as perforations or hemorrhages can very quickly become life-threatening.

Figure
Enlarge All figures
Intestinal Manifestation of Polyangiitis with Massive... 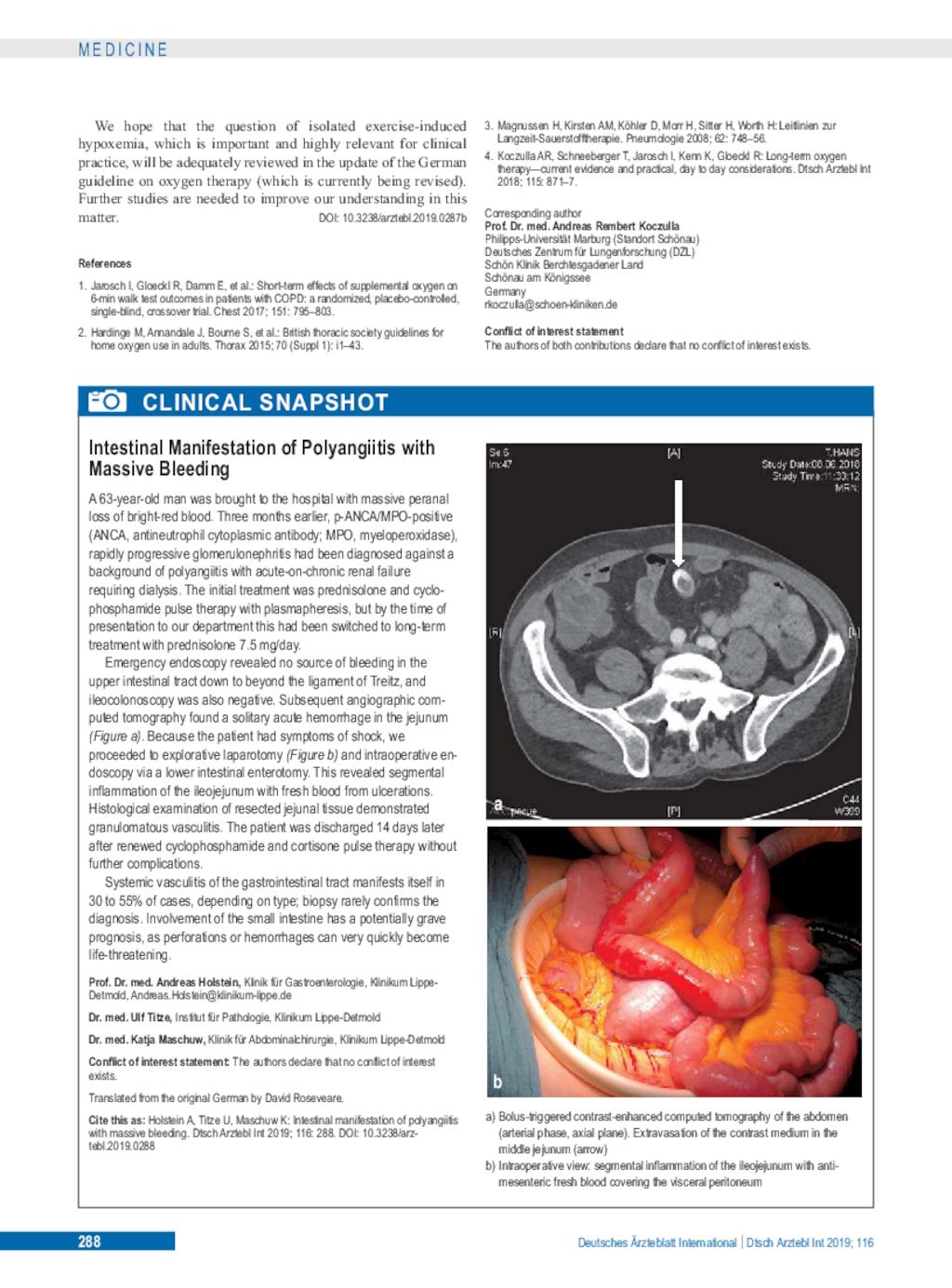