We stick to our guideline recommendations (1). The quote from the Cochrane review cited by Schütz/Hopf cannot be found in that article (2). Instead, it reads: “We found no convincing evidence of benefit nor harm from universal application of PP (prone positioning, sl) in adults with hypoxaemia […]”. The result directly reported directly thereafter reads: “Three subgroups (early implementation of PP, prolonged adoption of PP and severe hypoxemia at study entry) suggested that prone positioning may confer a statistically significant mortality advantage” and is the evidence base for the guideline recommendation.

In the guideline, the EOLIA trial was not cited as evidence to support the use of ECMO as a rescue treatment (3). In fact, the lack of reliable RCTs on the use of ECMO and the high potential for complications of ECMO formed the basis for the restrictive recommendation at the time of guideline compilation at the end of 2017. However, the EOLIA trial, which was published after the publication of the guideline, further strengthened this recommendation: EOLIA was terminated early, because a significant survival benefit as the result of early ECMO therapy could not be expected. The statement of Schütz/Hopf on the EOLIA trial, “ “crossover to ECMO or death in patients in the control group versus death in the ECMO group” yielded an absolute mortality difference of 23% in favor of the ECMO group (p<0.001)” is incorrect. This secondary endpoint of EOLIA does not measure mortality. On the contrary, for this analysis patients who were treated with ECMO after conventional treatment options had been exhausted and who survived were assessed as patients with negative treatment failure. The crossover group already showed a significantly higher disease severity at the time of inclusion in the EOLIA trial.

In our opinion, the alternative interpretation of the facts proposed by Schütz/Hopf cannot be substantiated by published data on prone positioning and the use of ECMO treatment in patients with severe ARDS. 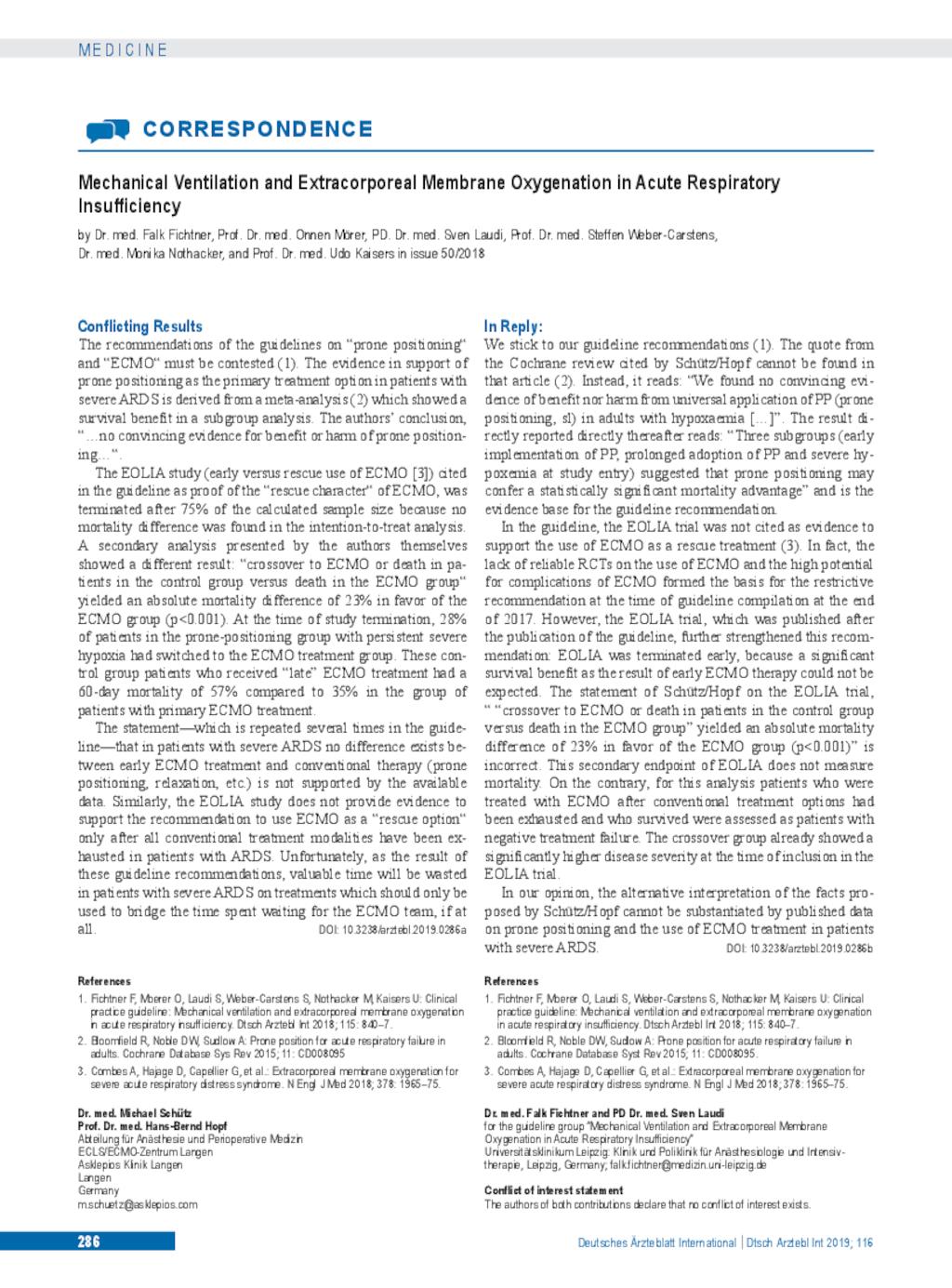