In patients with moderate exercise-induced hypoxemia (pulse oximetry saturation [SpO2] 80–88%) and resting pO2 >55 mmHg, oxygen therapy, however, should be viewed critically. In our opinion, prescription of oxygen (O2) therapy is too liberal in Germany in this setting, and is frequently not reviewed properly. Exercise-induced hypoxemia (median minimal exercise SpO2 of 84%) with resting pO2 >55 mm Hg was found in 29% of the 575 patients with chronic obstructive pulmonary disease (COPD) referred to our center in the period from 2015 to 2018 for lung transplantation (median forced expiratory volume in 1 second of 22%). Sixty-three percent of this subgroup had a current O2 prescription (compare LOTT study: 33%). 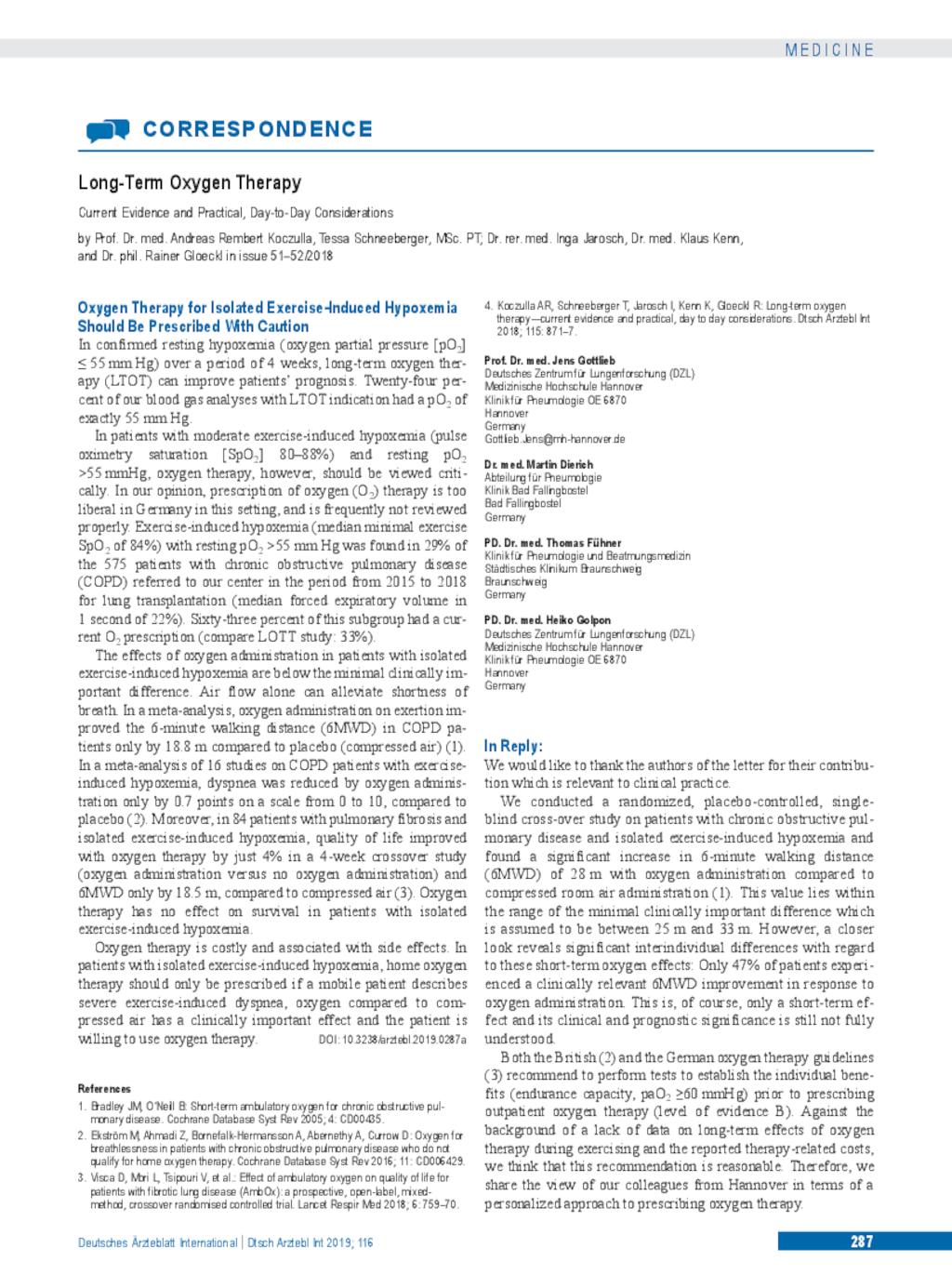