Carbon monoxide poisoning is still the most common type of poisoning in everyday life and in the workplace. Therefore, it can be expected from a review that it will discuss all available insights about the characteristic features of this condition. This applies to both the diagnostic evaluation and the pathogenesis of this poisoning. The headache of patients with acute poisoning is typically a ring headache (“as if there were an iron ring around the head”). However, in the scientific literature the headache is only described as “frontal and temporal headache“ and thus seldom precisely characterized.

The authors mention that by the binding of carbon monoxide to hemoglobin not only the affected hemoglobin portion is no longer available for transporting oxygen, but in addition oxygen binding to the remaining functional hemoglobin is altered—i.e. the oxygen dissociation curve is shifted to the left (1). However, the Haldane effect, which describes this phenomenon, is not mentioned in the article. It was described in detail by Petry (2).

In addition, the article did not mention that victims of carbon monoxide poisoning cannot escape from the place they are because of failing muscle activity. While it was mentioned that carbon monoxide also binds to skeletal myoglobin, the impressive consequence was not discussed that for this reason, self-rescue attempts fail—for example, in a closed garage with a car engine running: the person poisoned by carbon monoxide may reach the garage door, but may no longer be able to get up to open it. 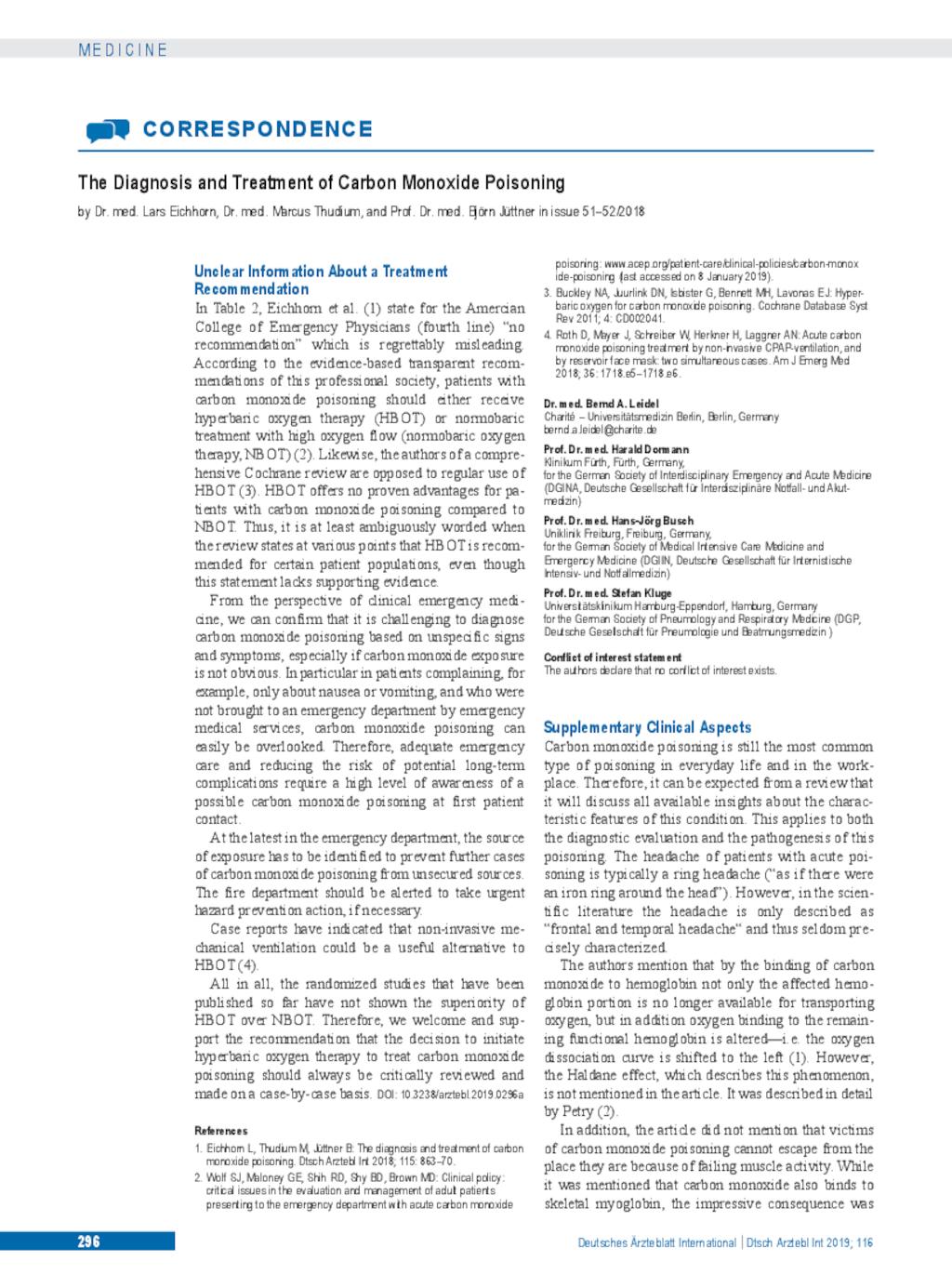