Complete Cast of the Bronchial Tree 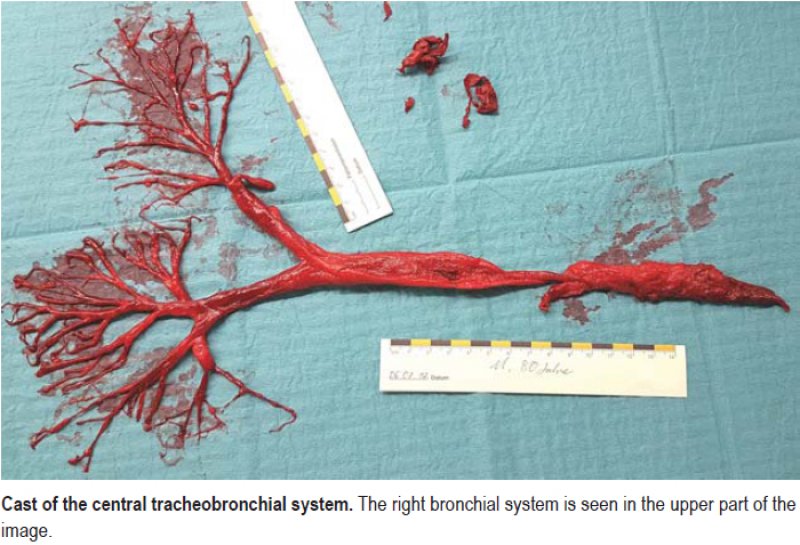 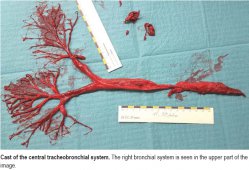 An 80-year-old man with Parkinson’s disease was transferred to our critical care unit because of hemoptysis. While the patient was being moved into the critical care bed, resuscitation became necessary.

Inspection of the pharynx revealed a mixture of secretions and clotted blood. After the pharynx was cleared by aspiration the largest clot could be grasped with a Magill forceps and was cautiously removed. This clot turned out to be an almost complete cast of the tracheobronchial system. The subsequent intubation was uncomplicated and the patient fully recovered.

Despite extensive diagnostic efforts the primary bleeding site remained unidentified. The probable cause was self-limiting bleeding somewhere in the upper airways, leading to progressive aspiration in this patient with severe dysphagia and a very weak cough reflex. This could have facilitated appositional thrombus growth resulting in this remarkable cast we found. 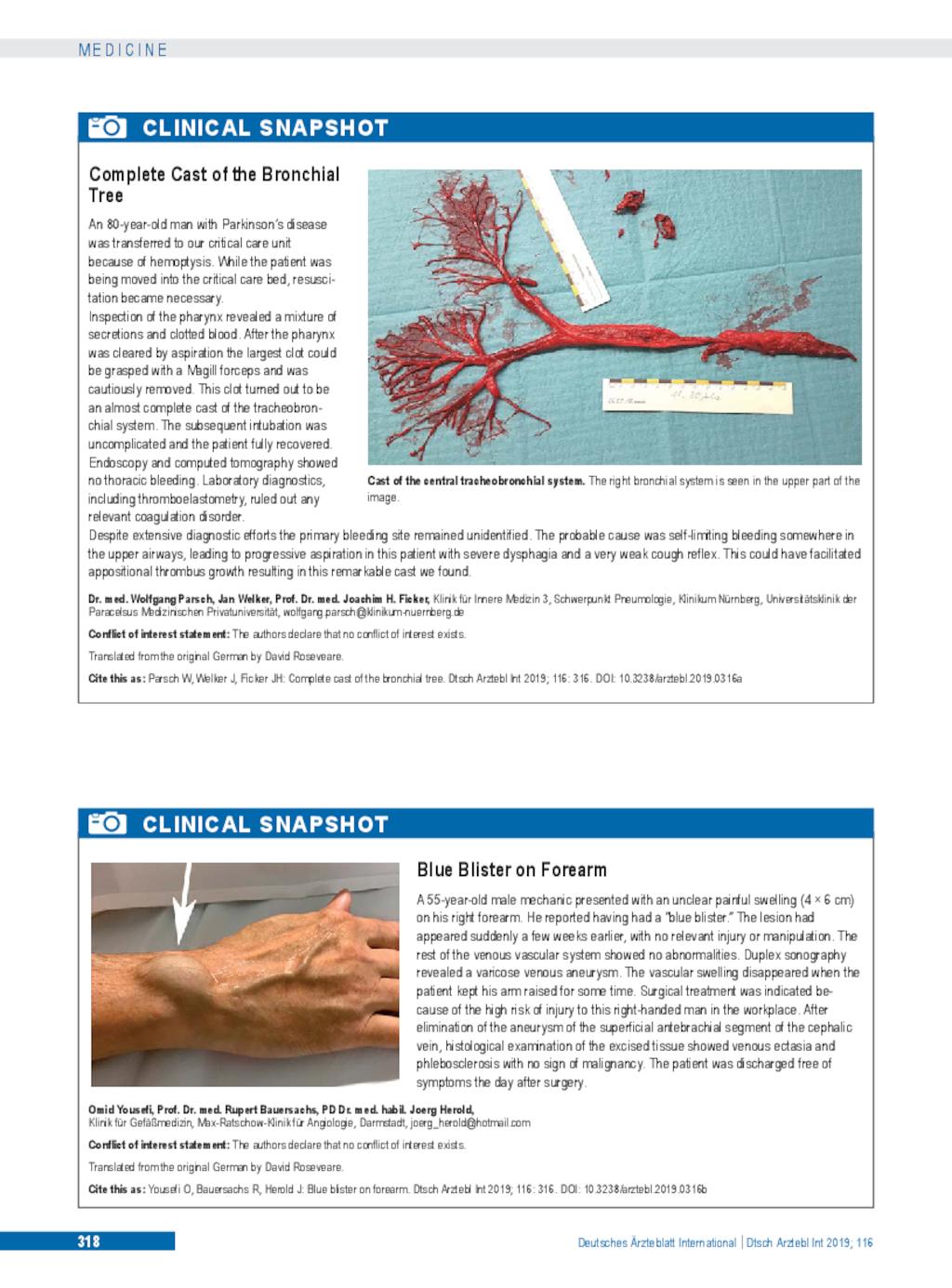