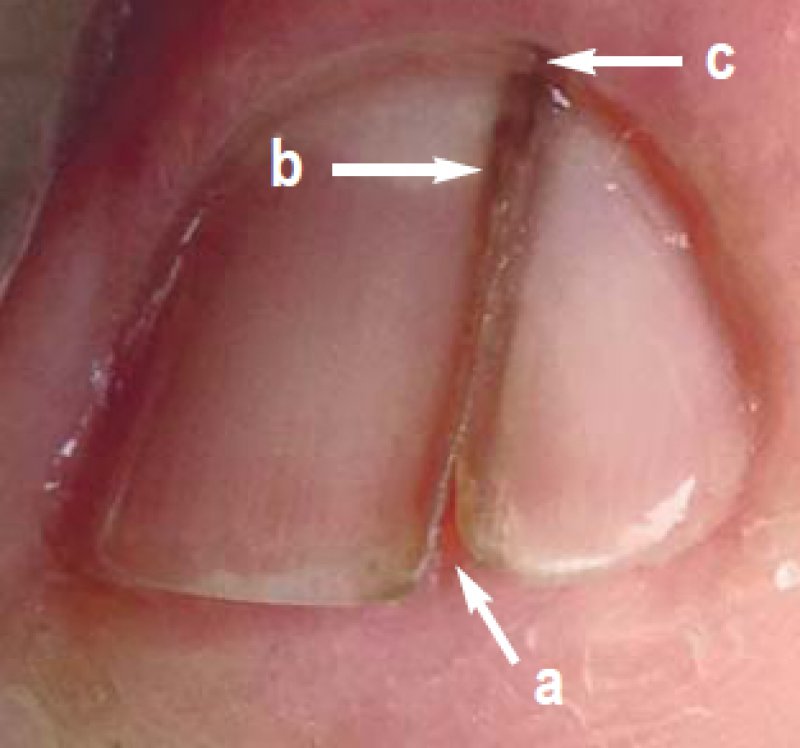 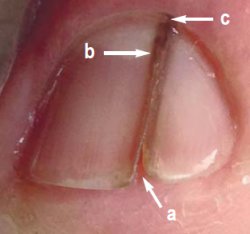 During a family breakfast, a 54-year-old woman showed a fingernail with distal longitudinal onychodystrophy (a) that had been getting worse over the course of the past year, with longitudinal pigmentation down the whole length of the nail (b). Since no dermatoscope was available, the nail and its margins were moistened with water or olive oil to reduce the high refraction index between air, nail, and skin, therefore increasing the visibility of underlying structures. A smartphone camera image was magnified on the screen, visualizing the varying longitudinal pigmentation (melanonychia striata) (b) and the “Micro-Hutchinson-Sign” at the proximal nail wall (c). After margin-controlled complete excision of the whole nail matrix, the suspected diagnosis of melanoma in situ was confirmed in histopathology. Subungual discolorations occur in up to 10 % of the population. The most common causes are onychomycosis and hematoma, but lentigo, nevi, Bowen’s disease, squamous cell carcinoma, and melanoma also occur (up to 2% of all melanomas in those with fair skin and up to 30% in the more pigmented Asian skin type). 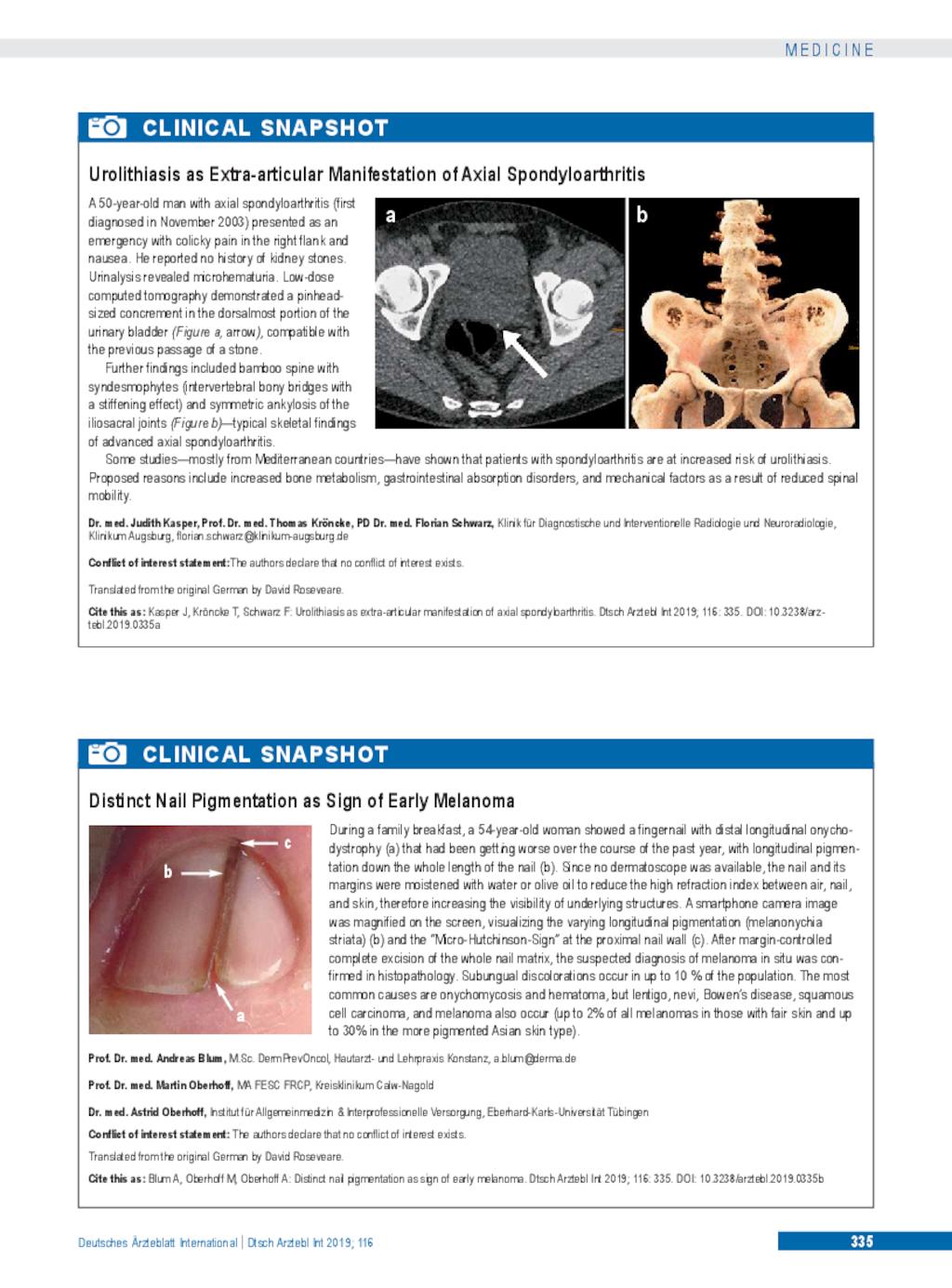