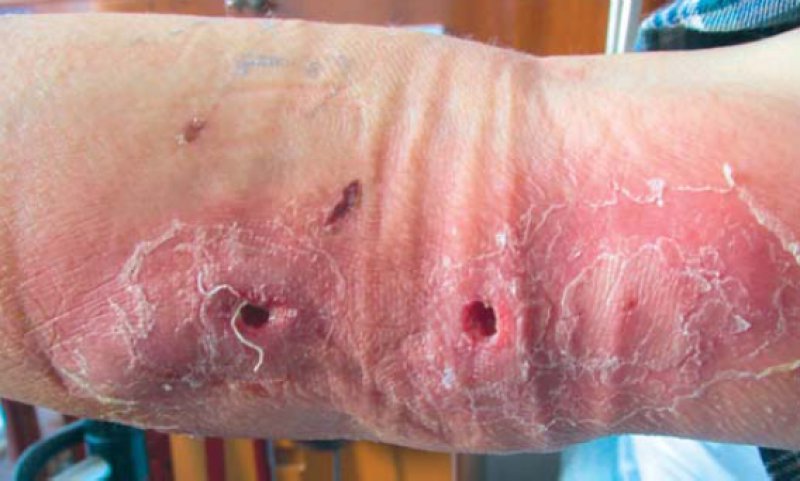 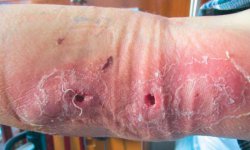 While volunteering for the German Senior Expert Service (SES, Bonn) in Sichuan, People’s Republic of China, the author treated a 65-year-old man with poorly regulated diabetes mellitus who presented to the medical service. He also presented with acute cellulitis with purulent dermatitis, multiple abscesses, and circumscribed ulcerations on his lower arm, some of which were developing into fistulas. He had regularly worked in his garden. Microbiological analysis demonstrated aerobic, gram-positive filamentous bacteria of the genus Nocardia. These pathogens are ubiquitous in soil and decaying plants, and transmission is by direct inoculation into the skin. Nocardiosis occurs sporadically worldwide. The incidence in Germany is unknown, but has been stated as 3 to 4 cases per million inhabitants per year in France, where the infection is predominantly pulmonary or disseminated and the mortality high (>50%). There are no confirmed figures for the frequency of primarily cutaneous infection. Treatment of our patient with cotrimoxazole forte led to extensive recovery within 3 weeks. 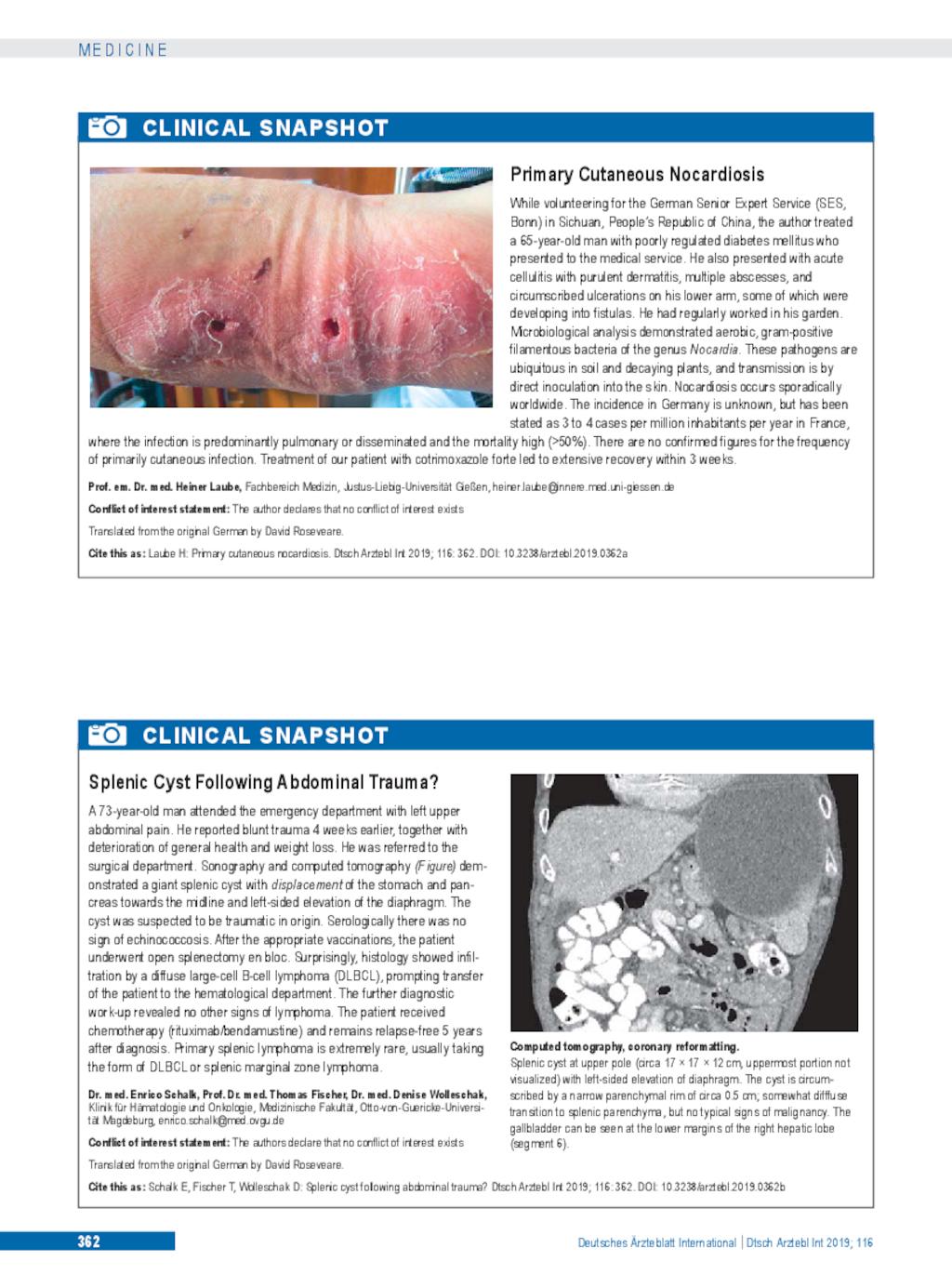