The article successfully links the topics of our increasingly aging population, an increase in the older patient group in the general hospital setting, and an increased postoperative risk (1). The authors point out that needs-based care for older people requires not only interdisciplinary cooperation but also adaptation and optimization of hospital procedures. The existing perioperative treatment pathways are not yet sufficiently implemented in daily life. We are grateful that postoperative delirium (POD) has been taken up in this context. POD is a relevant risk factor for the outcome, need for care, and care home admission of dementia patients.

The article advocates POD screening until the fifth postoperative day. Our working group on the prevention of POD would like to add that preoperative delirium screening should be carried out intensively. Our own investigations have shown that, depending on the physical and cognitive status of older persons, pre-existing subclinical delirium is an important risk factor for POD and its consequences (2). About 10%–20% of those aged over 70 are already delirious at hospital admission (3). We propose to include delirium screening in preoperative assessment (in addition to frailty, cognitive impairment, osteoporosis, risk of falling, undernutrition, and polypharmacy).

Further, we would like to point out that, in addition to POD, postoperative cognitive dysfunction (POCD) can also occur. POCD can last up to two years postoperatively. POD is an important risk factor for POCD, as are the presence of somatic diseases and subclinical delirious symptoms preoperatively (4).

The perception of POD as a highly relevant risk factor for the later quality of life of older people should receive the same importance as other preoperative diagnoses and treatments, therefore it should be included in the preoperative information for older people. The present work encourages this. 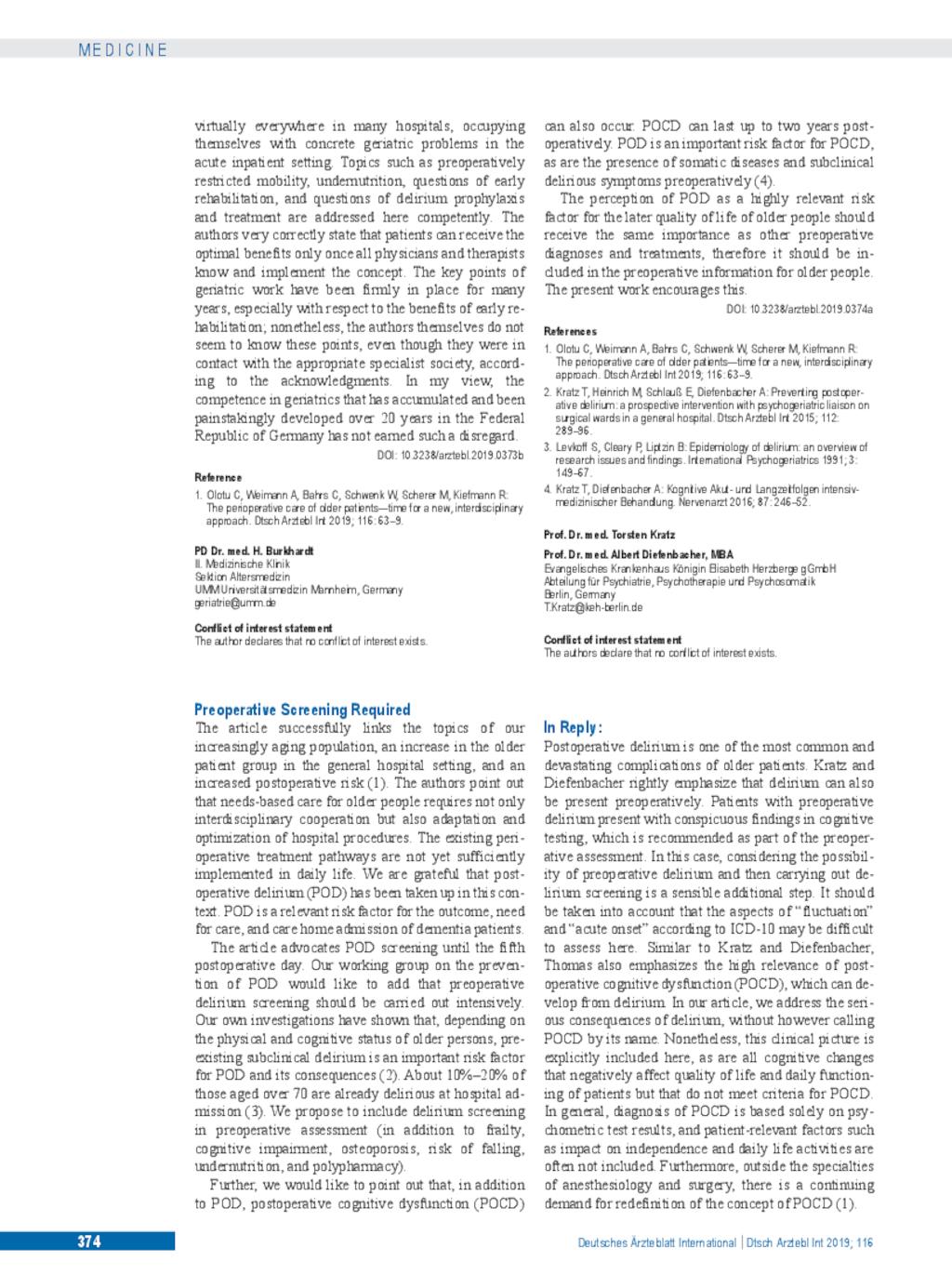