An Unusual Cause of Foreign Body Sensation in the Throat

An 81-year-old woman presented complaining of a foreign body sensation and urge to cough for the past 2 h after working in the garden. Her medical history featured no illnesses or medications that might have been responsible. Enoral inspection yielded no relevant findings. Finally, rigid laryngoscopy identified the rear part of a European Earwig (Fortificula auricularia) as the cause of the symptoms. The Figure shows that the forceps at the rear end of the insect’s body were hooked into the aryepiglottic fold of the patient’s larynx. The foreign body was removed easily and without anesthesia by using a Magill forceps with the aid of transnasal flexible endoscopy for visualization. The earwig’s reputation for invading the human ear is unjustified—its abdominal forceps (known as cerci) are used not for tearing at the eardrum, but rather in hunting and during the mating process. 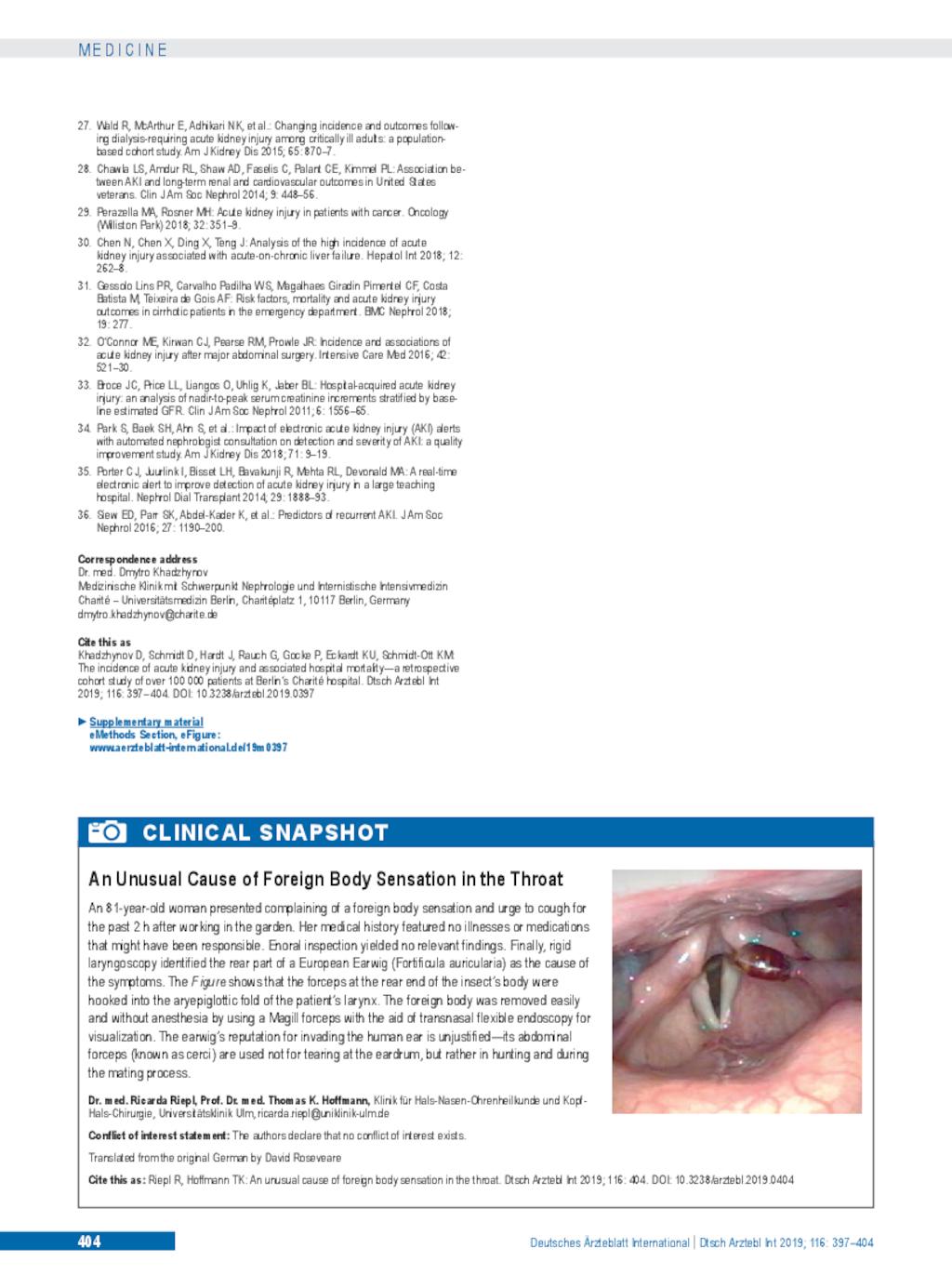