In their review (Figure 1) on the management of acute kidney injury (AKI), the authors recommend to “avoid contrast medium”, which, I assume, refers to X-ray contrast agents (1). However, the role of iodine-based contrast agents is undergoing a reevaluation process in the more recent literature. For example, in their meta-analysis McDonald et al. (2) arrived at the conclusion that increases in creatinine levels among inpatients were rather related to causes other than contrast agent administration. Similarly, the 2018 guideline of the European Society of Urogenital Radiology (ESUR) (3) takes this into account. The current state of knowledge on contrast-induced nephropathy is summarized by the scientific expert committee of the German Medical Association, stating that the risk of contrast-induced nephropathy (CIN)—if this condition really exists—is significantly smaller than previously assumed and may even be zero in the low-risk group with an eGFR >30 mL/min/1.73 m2 (4). In high-risk patients with an eGFR <30 mL/min/1.73 m2, the benefits should be weighed against the risks, as a precaution, even though no differences in mortality were found between AKI and CIN. The categorical rejection of the use of X-ray contrast agents should not be accepted without comment. If the use of a contrast agent is indicated, patients will rather benefit from the diagnostic result of radiography with contrast agent than from not using a contrast agent because of nephroprotective considerations. 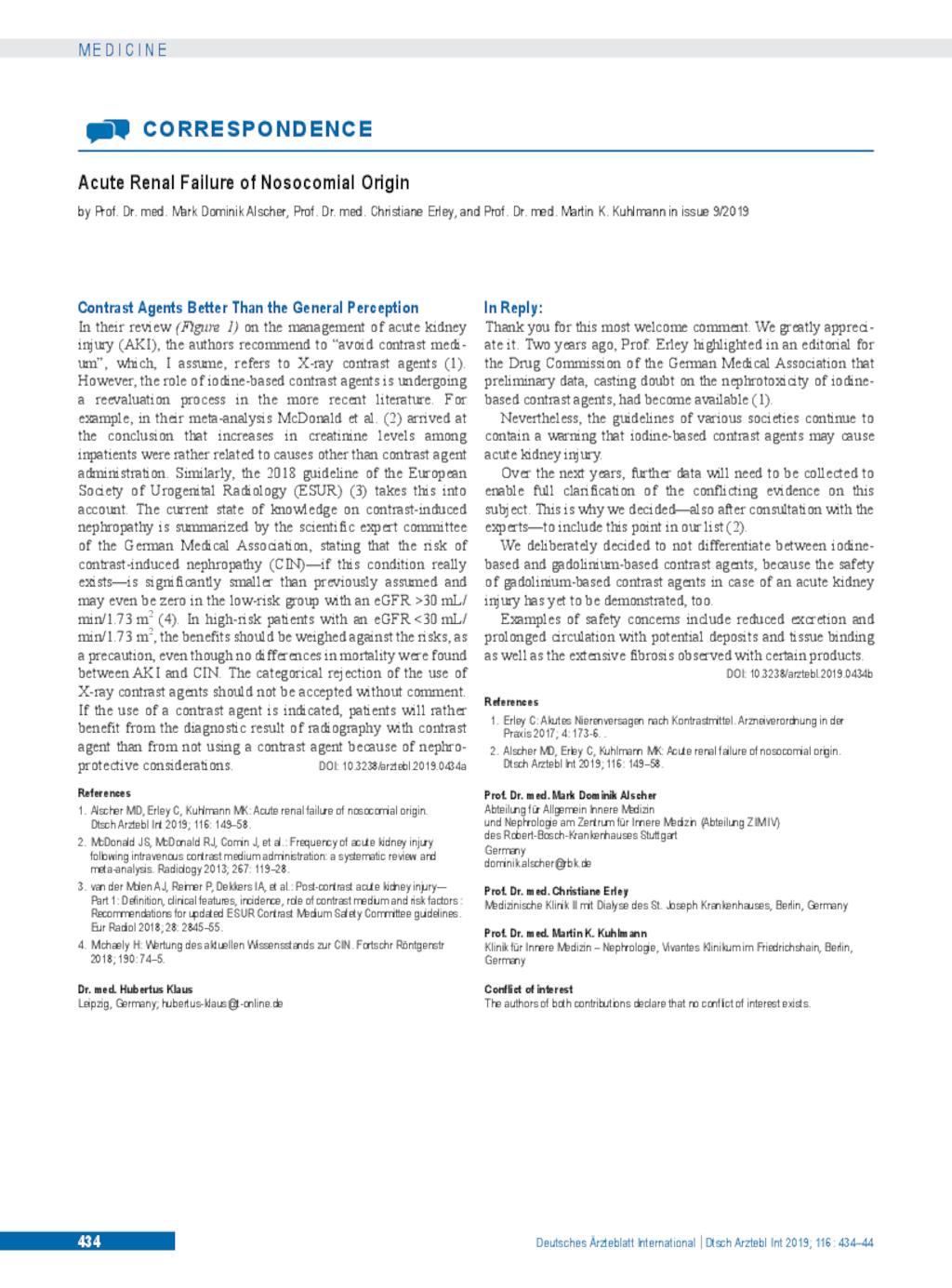