A 43-year-old man with a 6-month history of B symptoms (night sweats, 35 kg weight loss) was admitted to the hospital with dyspnea and a high temperature. Echocardiography showed high-grade aortic valve insufficiency, cardiac magnetic resonance imaging revealed perimyocarditis, and an upper airway infection was found on clinical examination. The infection was treated empirically with antibiotics, and the patient was put on the waiting list for surgical aortic valve replacement and discharged. The operation was delayed owing to further diagnostic work-up of the B symptoms. Three months later, the patient was urgently readmitted due to severe dissecting endocarditis of the aortic and mitral valves. On admission, he was subfebrile and hemorrhagic efflorescences were noted that had been present for a number of months, concentrated on the lower extremities (Figure), but had not yet been linked to the endocarditis. These skin lesions vanished within the first few weeks after a complex double valve replacement procedure. The preoperative blood cultures were negative for all bacteria tested, but investigation of the resected cardiac valves by polymerase chain reaction (PCR) showed the presence of Streptococcus mutans.

Figure
Cutaneous efflorescences of the lower extremities
Enlarge All figures 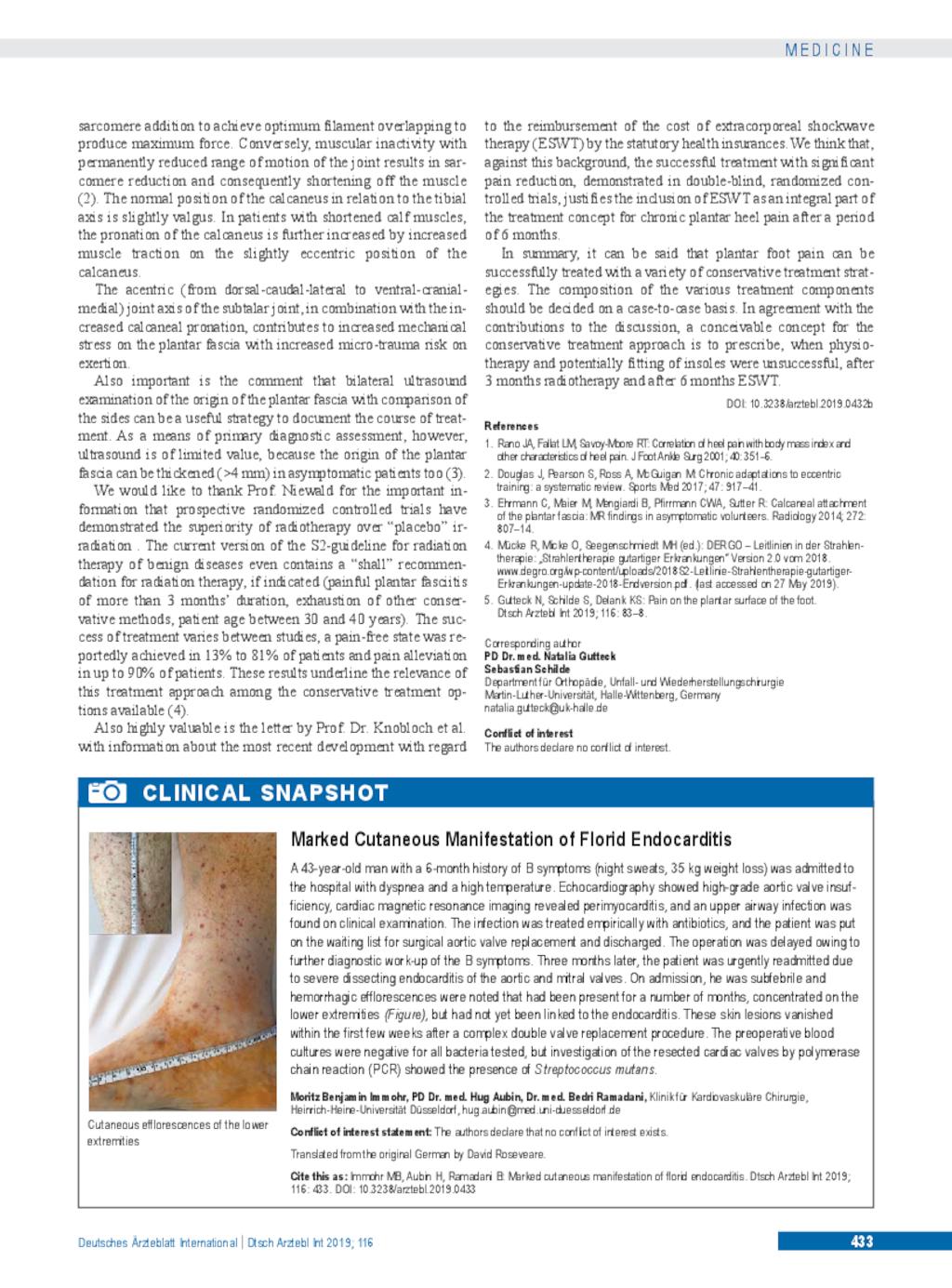