Namely, the number is missing those whose addiction is maintained by medical prescription. An editorial in JAMA states: “In 2017, an estimated 11 to 12 million people in the United States (4.2% of the total population) misused opioids (including heroin). What most physicians do not recognize is that 92% of people who misuse opioids do so by taking prescription opioids, and that 75% of individuals who use heroin report that they started misusing opioids through the misuse of prescription opioids.“ (2).

In the United States, this topic has been officially declared a “medical emergency.” A number of measures have been implemented, with dozens of articles appearing each year even in journals with international readership, such as JAMA and NEJM.

In Germany, only Schubert et al. (3) and Marschall et al. (4) have occupied themselves with the topic. The conclusion based on health insurance data: 4%–5% of insured persons receive such substances with “at least more than a one-time prescription per quarter”. Around 80% of these people receive it for “non-cancer pain”—predominantly as a permanent prescription. From 2010 to 2017, the prescribed dose for the defined daily dose (DDD) has increased by 21%.

Excluding the few cancer patients among those receiving opioid prescriptions, the experience of practicing physicians in Germany is that they also are obviously treating addicts: first, over time, addicts require increasingly higher doses; and, second, they can practically never be taken off the drug—not even stepwise over months. 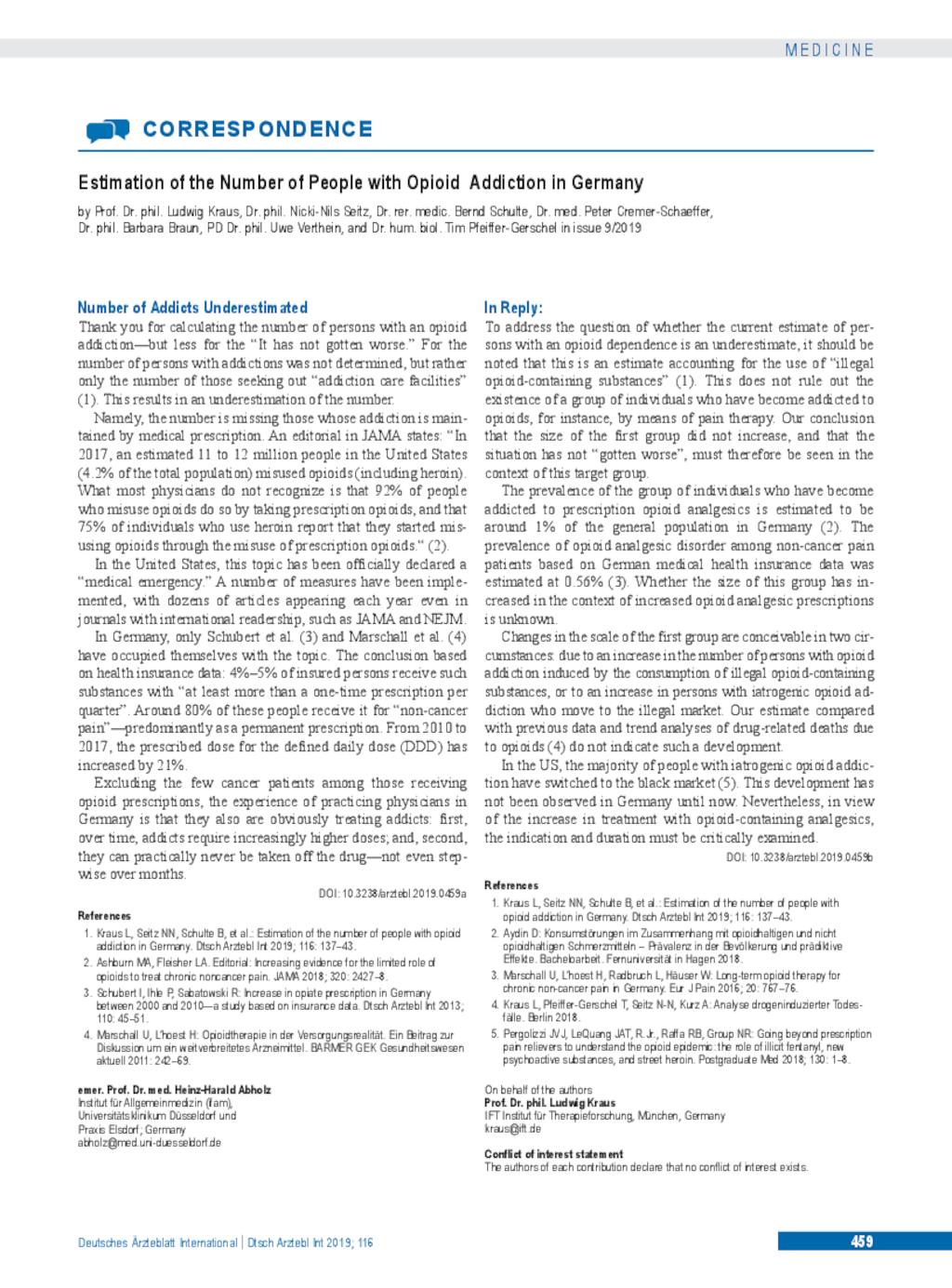