Pneumatosis Cystoides Intestinalis as an Incidental Finding on Endoscopy

A 46-year old male patient attended for outpatient index colonoscopy to determine the cause of unspecific symptoms in the left lower abdomen. His medical history included a non-insulin-dependent diabetes mellitus and an episode of depression. At first the endoscope could be advanced without difficulty, but starting at the right colonic flexure we found multiple submucous cysts that prevented safe advancement to the cecal pole due to increasing narrowing of the lumen. Abdominal radiography confirmed the initial suspicion of pneumatosis cystoides intestinalis by showing grape-like intramural accumulations of gas in the right upper quadrant. The etiology of this disease is unknown. Frequently, as in this case, it is an incidental finding, and asymptomatic patients need no treatment. Associations with bronchial asthma, pulmonary emphysema, cystic fibrosis, steroid intake, and immunosuppression have been described. Pneumatosis cystoides intestinalis has to be distinguished from intramural pneumatosis intestinalis in the context of visceral ischemia, which requires immediate treatment. Radiological follow-up 8 weeks later showed no change. Further work-up of the lower abdominal pain revealed primary (adult) lactose intolerance in this man of Moroccan birth. 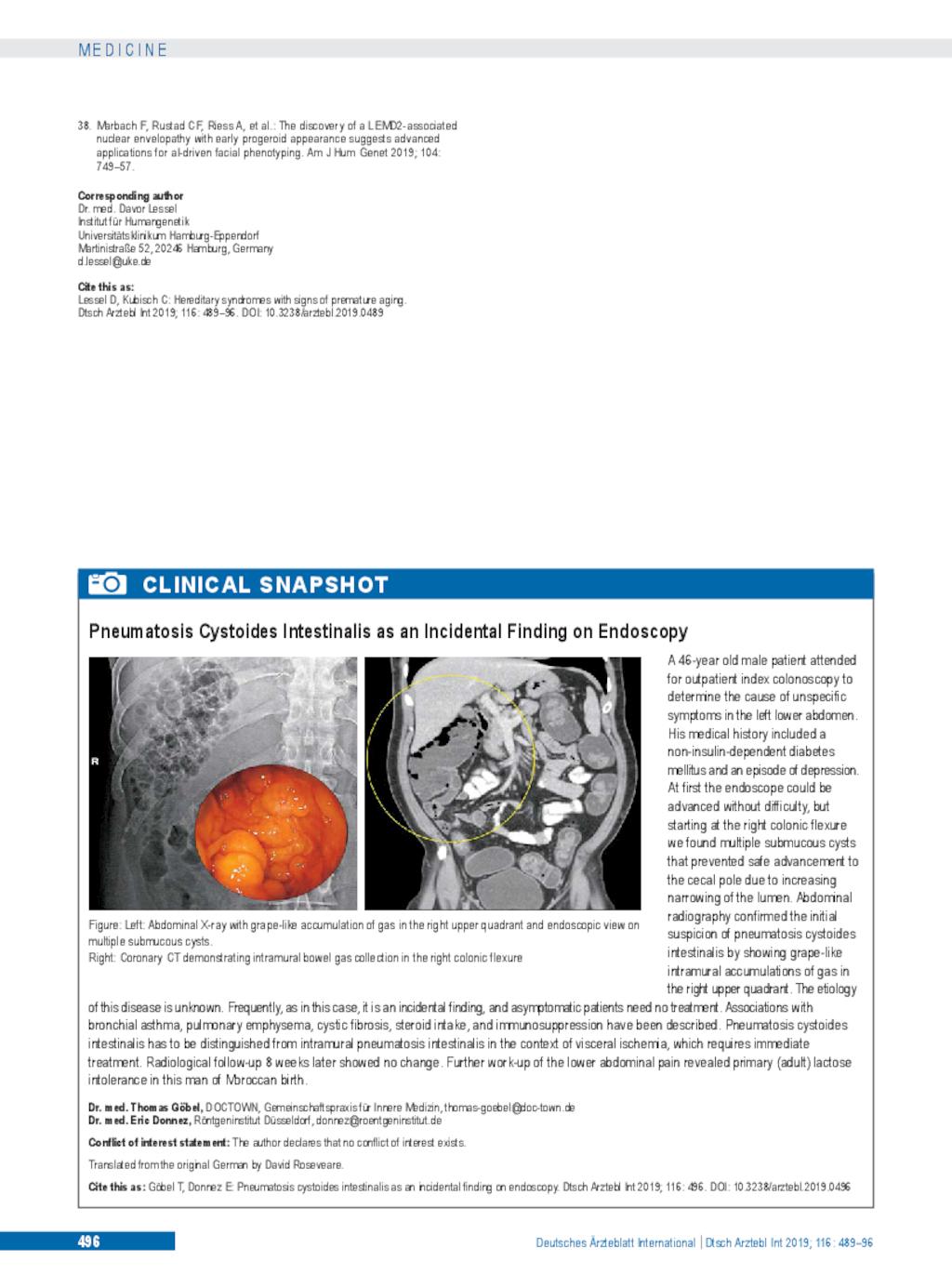