Osteopoikilosis—Incidental Finding in the Emergency Department

Incidental finding in the emergency department

A 47-year-old man presented to the emergency room after falling down stairs. He reported pain in the right shoulder and right iliac crest. Biplanar radiographs were obtained and bony injury was excluded. Disseminated sclerotic foci were found on the radiographic images. There was no known underlying malignancy.

Osteopoikilosis (osteopathia condensans disseminata) is a benign autosomal dominant congenital or sporadic form of sclerosing bony dysplasia. The cause of osteopoikilosis is disordered remodeling of lamellar bone into cancellous bone, resulting from a loss-of-function mutation in the LEMD3 gene. Its prevalence is estimated at 1/50 000. The majority of patients are asymptomatic, so osteopoikilosis is usually an incidental finding. In exceptional cases symptoms such as joint pain or swelling may occur. There is no weakening of the bone. The osteopoikilotic changes usually occur in isolation, but may occasionally be accompanied by other clinical malformations, up to the point of defined syndromes. If radiographs show the typical findings, confirmatory biopsy is generally unnecessary.

Figure
Enlarge All figures
Osteopoikilosis—Incidental Finding in the Emergency... 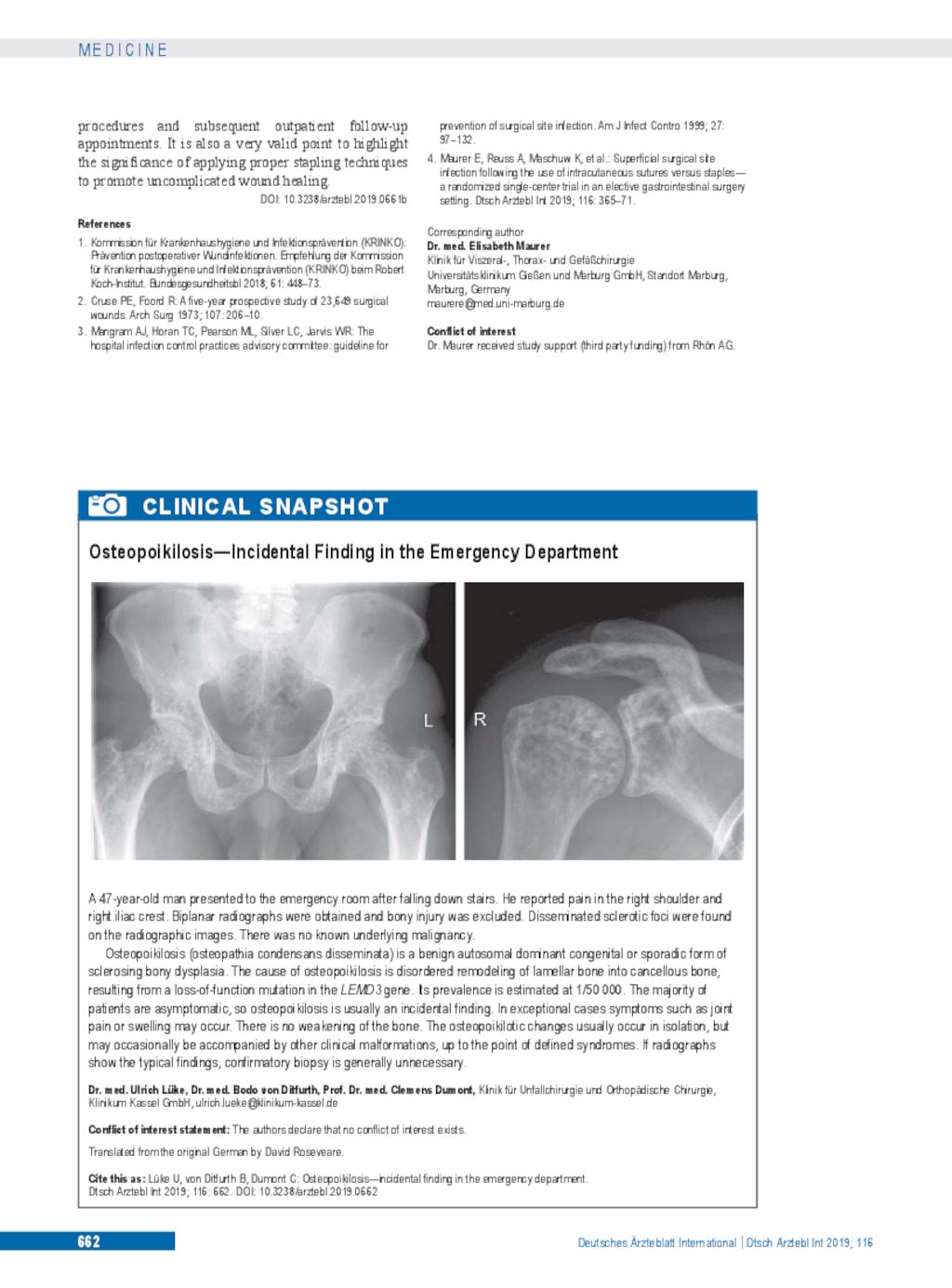