Staples Can Have Advantages

It should also be noted that staples—essentially interrupted stitches—have the advantage, especially if used for the closure of long incisional wounds, that individual staples can be removed to treat fluid retention and local (early) infections (within short sections of the wound) without creating major dehiscence. An increased number of cases of wound dehiscence after removal of the staples, as reported by the authors, has to be taken into account, especially in the elective setting. However, with regard to their significance for the further healing process, the question arises as to the extent of wound dehiscence. To avoid wound dehiscence, the technique used to place staples should ensure meticulous approximation of the wound edges without inversion, as well as adequate distances between the staples, to the wound edges and to the angle of the wound. The authors demonstrated with their study that intracutaneous sutures also play a role in an elective gastrointestinal surgery setting.

The author declares no conflict of interest. 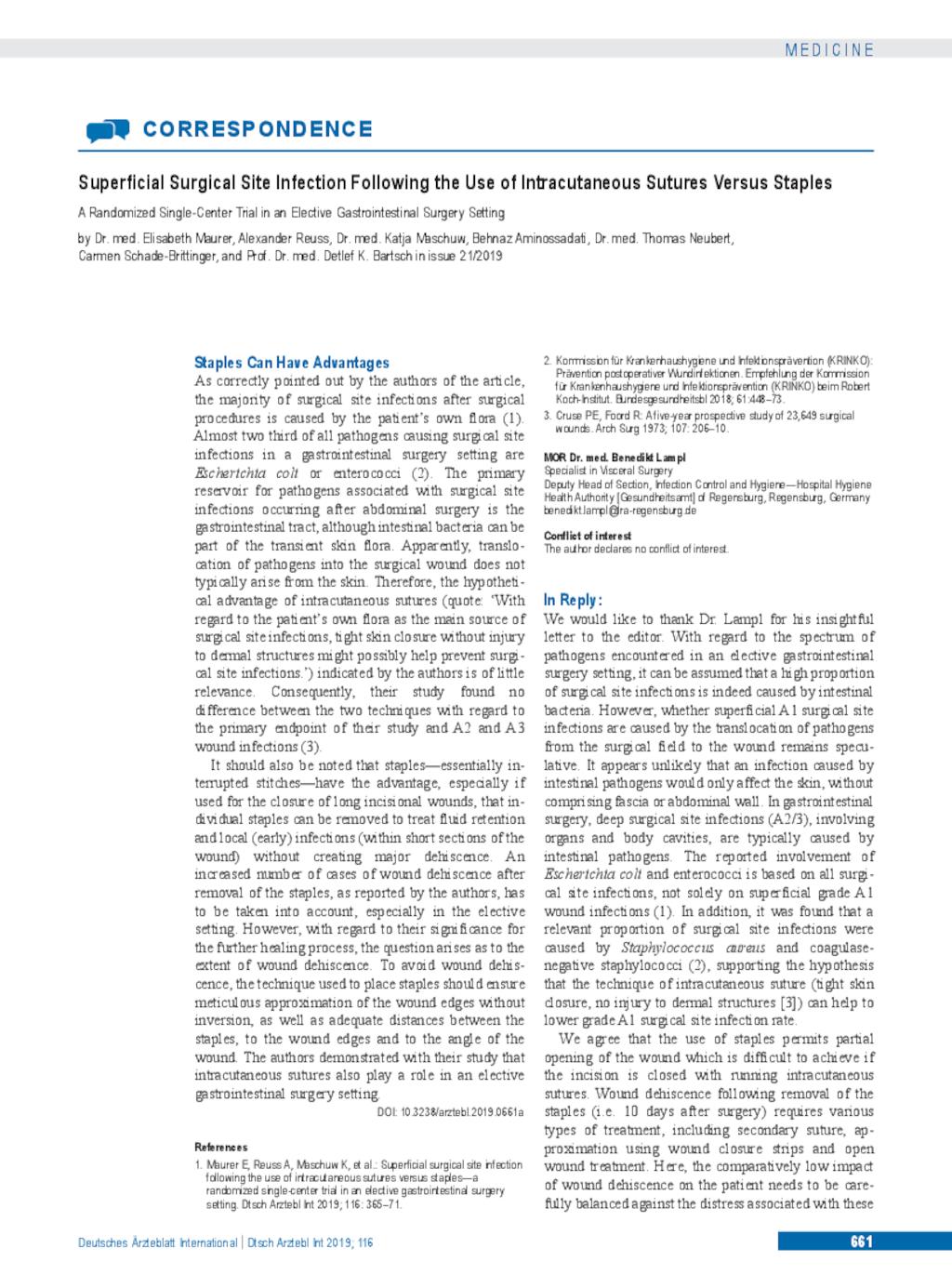