Tapering off Is by No Means Easy

The authors reject the term antidepressant dependence syndrome, arguing that sustained substance use does not exist in spite of confirmed unequivocally harmful sequelae (1). We remain unconvinced. Many affected patients continue to take antidepressants (and accept adverse effects, such as emotional distance, weight gain, increased risk of hemorrhage, sexual dysfunction) only to avoid the disagreeable effects of withdrawal (namely, withdrawal symptoms). User surveys have shown that tapering off antidepressant treatment usually takes several months and is by no means easy (2). Years of practical experience show us that attempts to discontinue the medication are often stopped. Discontinuing these medications will frequently produce rebound syndromes several months later, which are known regularly but falsely labeled as “renewed depressive moods.” The authors also use the term “relapses” for these syndromes although they mention the study by Andrews et al., which provides arguments in support of rebound syndromes. Furthermore, increasing evidence supports the suspicion of long-term medication harms with regard to the course of depressive moods, as was shown by the Zurich cohort study over a 30-year observation period (3). We suspect that the rebound phenomena are implicated in this too. All this necessitates short-term use only, or, if the drugs are used longer-term, slow tapering off—an approach that we favor with regard to other potentially addictive substances too.

In our opinion, the third criterion that is required to diagnose simple medication dependence is more than met (withdrawal syndrome, development of tolerance and continued use despite the users’ awareness that the substance is negatively affecting their mental and physical health). Acknowledging this would guarantee affected patients the long overdue support and recognition the World Health Organization called for as long ago as 1998 (4). We could then find answers to practice-relevant questions like for instance how many weeks an antidepressant can be used without risks in view of its respective potential for dependence. 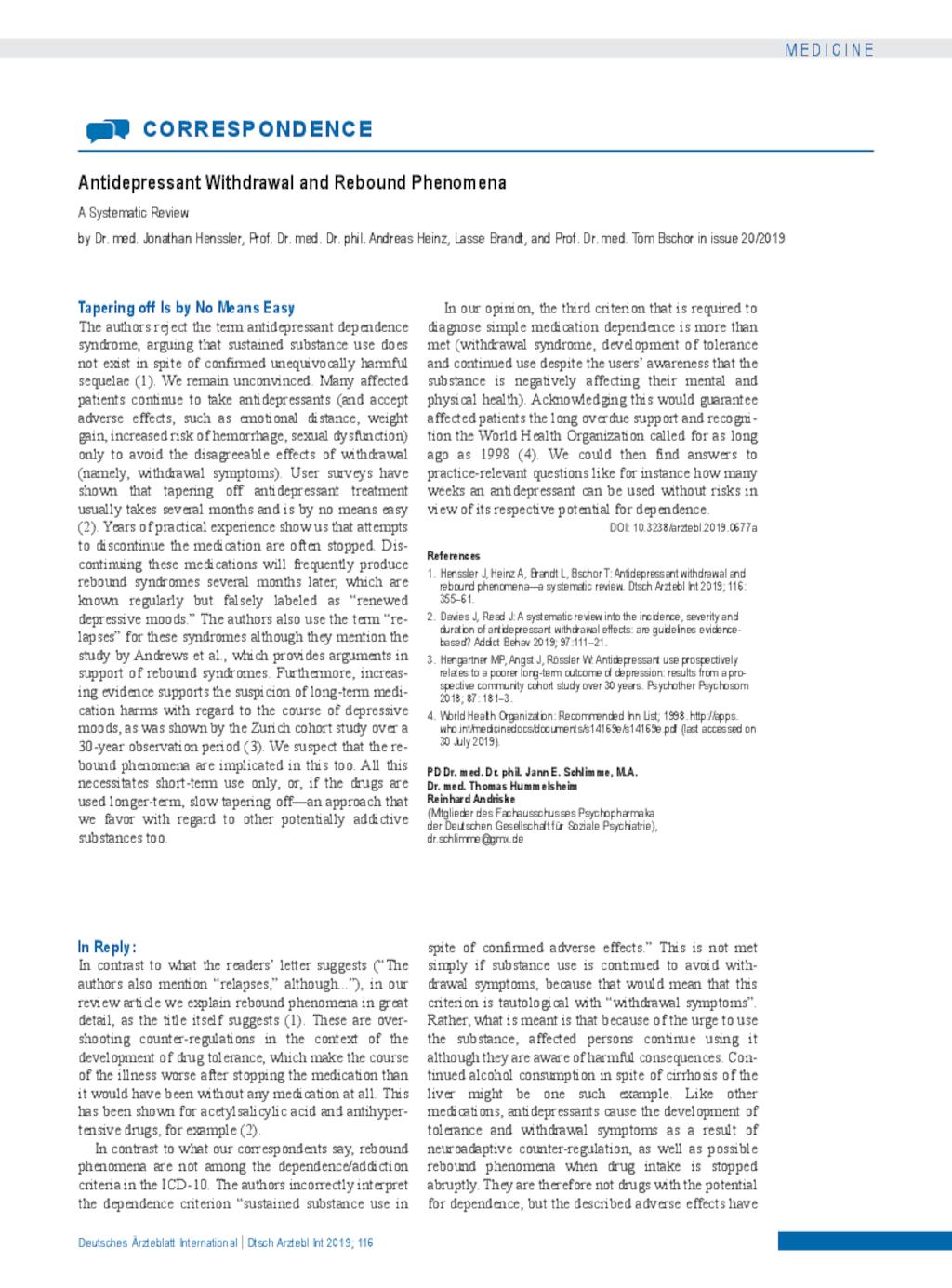