Port Occlusion Due to Curcumin Infusion

A woman with metastasized endometrial sarcoma presented repeatedly with occlusion of the catheter port. The Figure shows the explanted catheter system with the port chamber opened; the latter is covered with an oily granulate. The outlet connection is clogged with a yellow substance, and the septum and polyurethane catheter display deep yellow discoloration. We established that the most likely reason was the regular infusion of curcumin that had been carried out in a private physician’s office without informing the oncologist. There was no record, and the patient had no memory, of any other potentially staining substances being given via the port.

Curcumin is an unstable reactive compound with low oral bioavailability. It is administered in the form of an infusion in the context of alternative or integrative tumor treatments. The areas of application include—despite critical research findings on the action in humans—colorectal cancer, pancreatic cancer, and dermatological or neurological diseases. We were unable to find any relevant studies for endometrial sarcoma. Furthermore, curcumin may partially inhibit the effects of some chemotherapeutic drugs. In addition, severe or even fatal allergic reactions have been described. In the case described here, therefore, not only the administration via a port but also the indication for curcumin is questionable.

Figure
Enlarge All figures
Port Occlusion Due to Curcumin Infusion 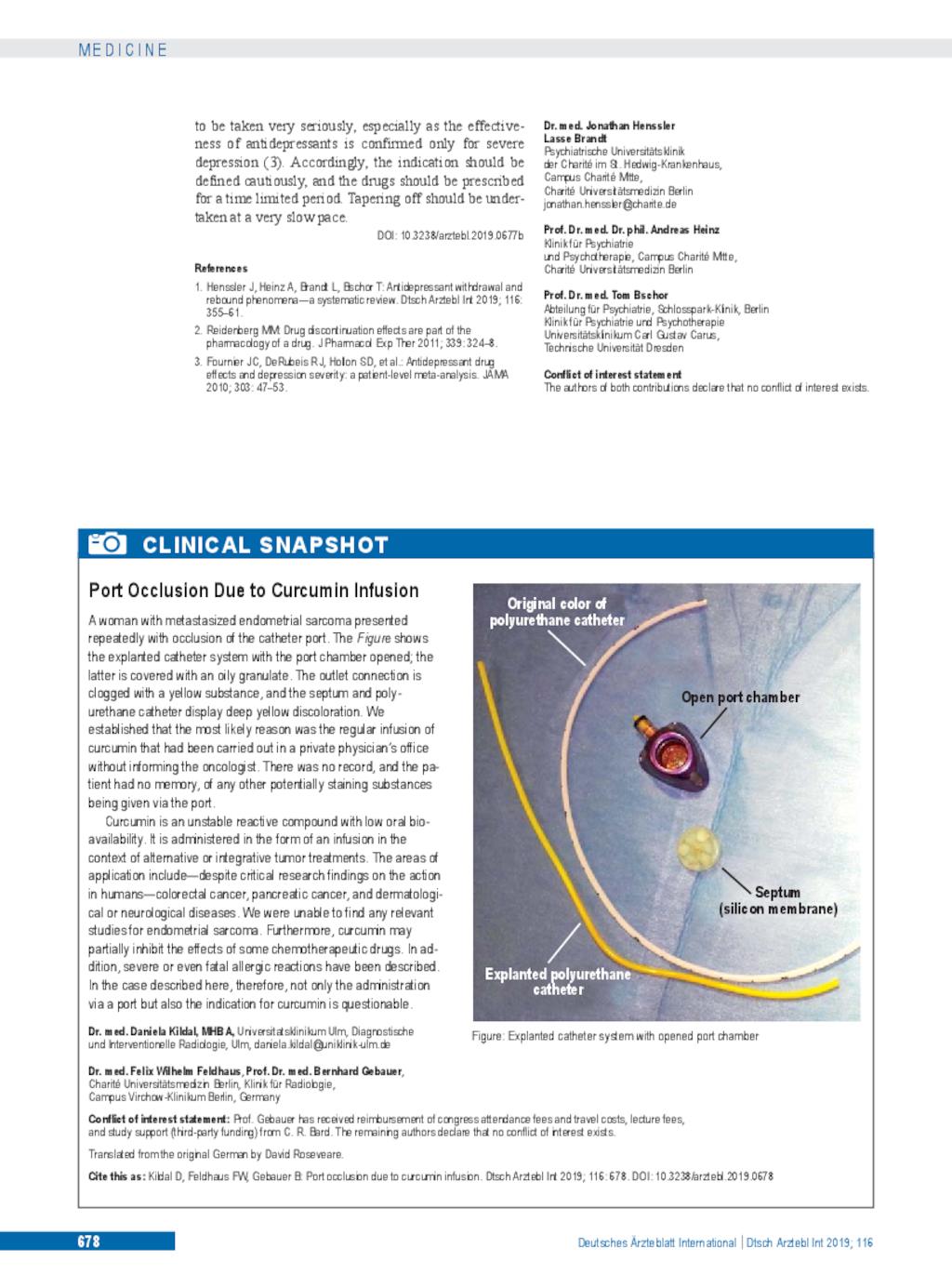