It is very much to the credit of the Catholic Church that it is the only institution worldwide and (in Germany) nationwide that is seriously working on investigating and preventing cases of abuse in its own ranks. Where are the other institutions—youth offices, schools, the judiciary/legal institutions? In the article, the Catholic Church is once more named and shamed (1). If a patient complains of symptoms that may have their root in possible abuse, then, according to the authors’ recommendation, “the possibility that a patient experienced sexual abuse in the context of the Catholic Church should be . . . cautiously explored.” In 99.9% of cases, one should assume abuse not committed by the clergy. Furthermore, possible symptoms are so non-specific and the topic so precarious that doctors would be ill advised to tackle this during consultations. But they should retain an open mind if the subject is raised by patients. As a psychotherapist I have more than 30 years’ experience of working with victims of abuse. One was male and had on one occasion experienced an indecent proposal from a priest that he did not take up. All other perpetrators were non-clergy, mostly from the victim’s immediate environment. None of these victims reported the perpetrator. The important subject of sexual abuse of children and adolescents deserves in the name of the victims to be tackled with technical expertise and without ideological blinkers. A female patient of mine who had been abused, recently remarked sadly: “Why is the discussion always about victims of the clergy? Are us other victims (the vast majority) worth less?” No, but the issue is not the victims, but to cause harm to the Catholic Church and distract from one’s own guilt and oversights. 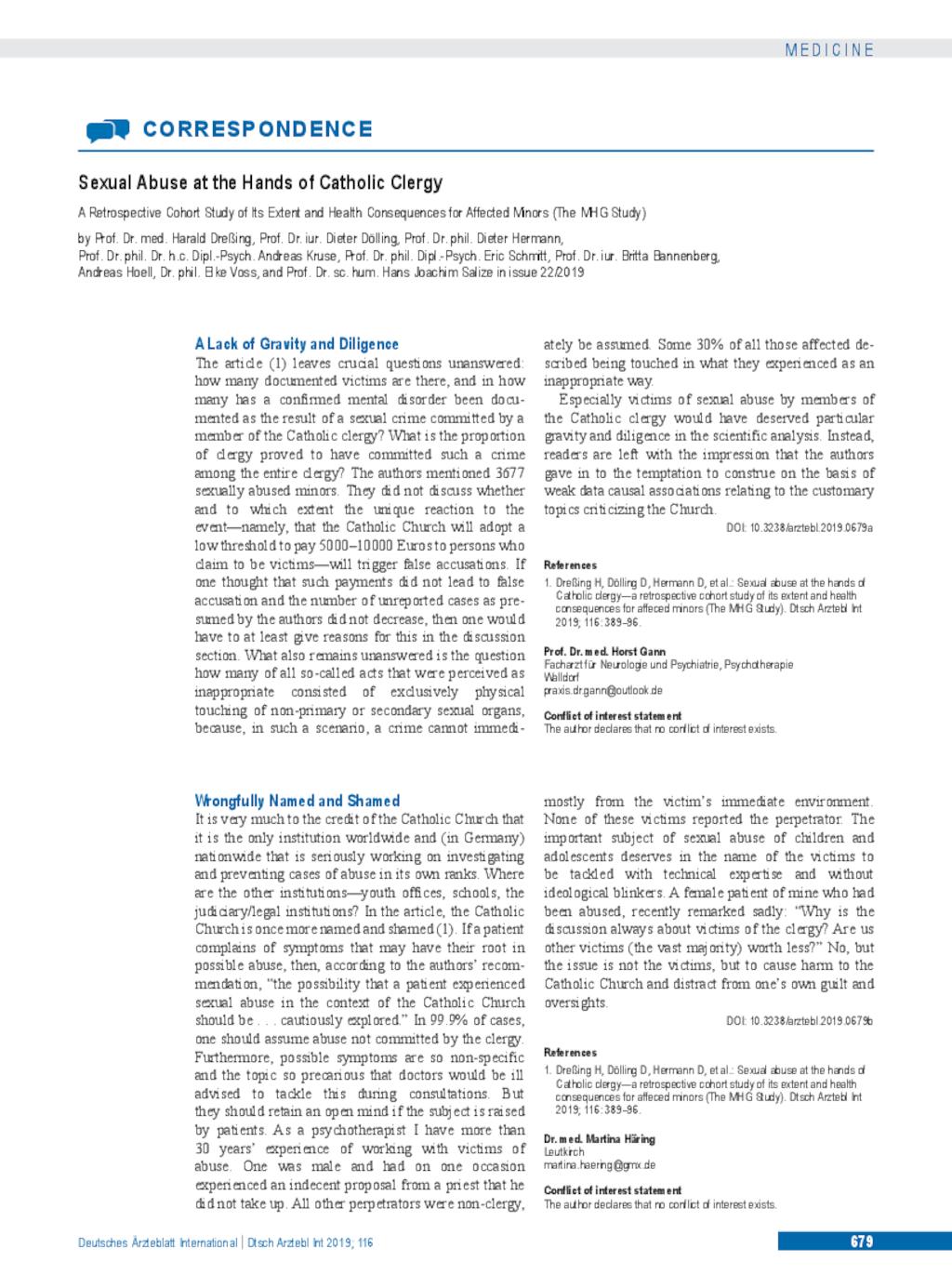