We thank Dr. Quante for contributing to the discussion and for the possibility to further elaborate on what was perhaps too concisely presented. His remarks show how complex the connections are between mental and somatic illnesses, psychopharmacological treatment, and risks of morbidity and mortality. We have already described that adequate psychopharmacotherapy has protective effects on somatic health: although adverse effects of psychotropic drugs may promote the development of somatic comorbidities, these drugs still significantly reduce mortality (1). We also described polypharmacy, drug interactions, and problematic health and illness behavior (for instance, nicotine abuse, problems of low compliance, and problematic lifestyles) in patients with severe mental illnesses (1, 2). However, routine data do not reveal these factors.

Decreased physical health is also of paramount importance in anxiety disorders, and many other F-group diagnostics not included in our analysis, due to the increased risk of somatic disease. However, we have confined this analysis to patients with severe mental illness, which according to general consensus mainly includes schizophrenia, severe unipolar depression, bipolar affective disorders, and also (well-justified) cases of borderline personality disorder. In these serious cases, direct and indirect health risks are particularly conspicuous, and there are particular problems with respect to the health system and special needs in the care system (2). Furthermore, the restriction to special diagnostic groups in the analysis of administrative data contributes to increased diagnostic validity (1).

Further, we also unequivocally agree with Dr. Quante that care and types of care for this group of patients must be significantly optimized, and that preventive measures must also be taken into account. As stated, this is the goal of our future work. 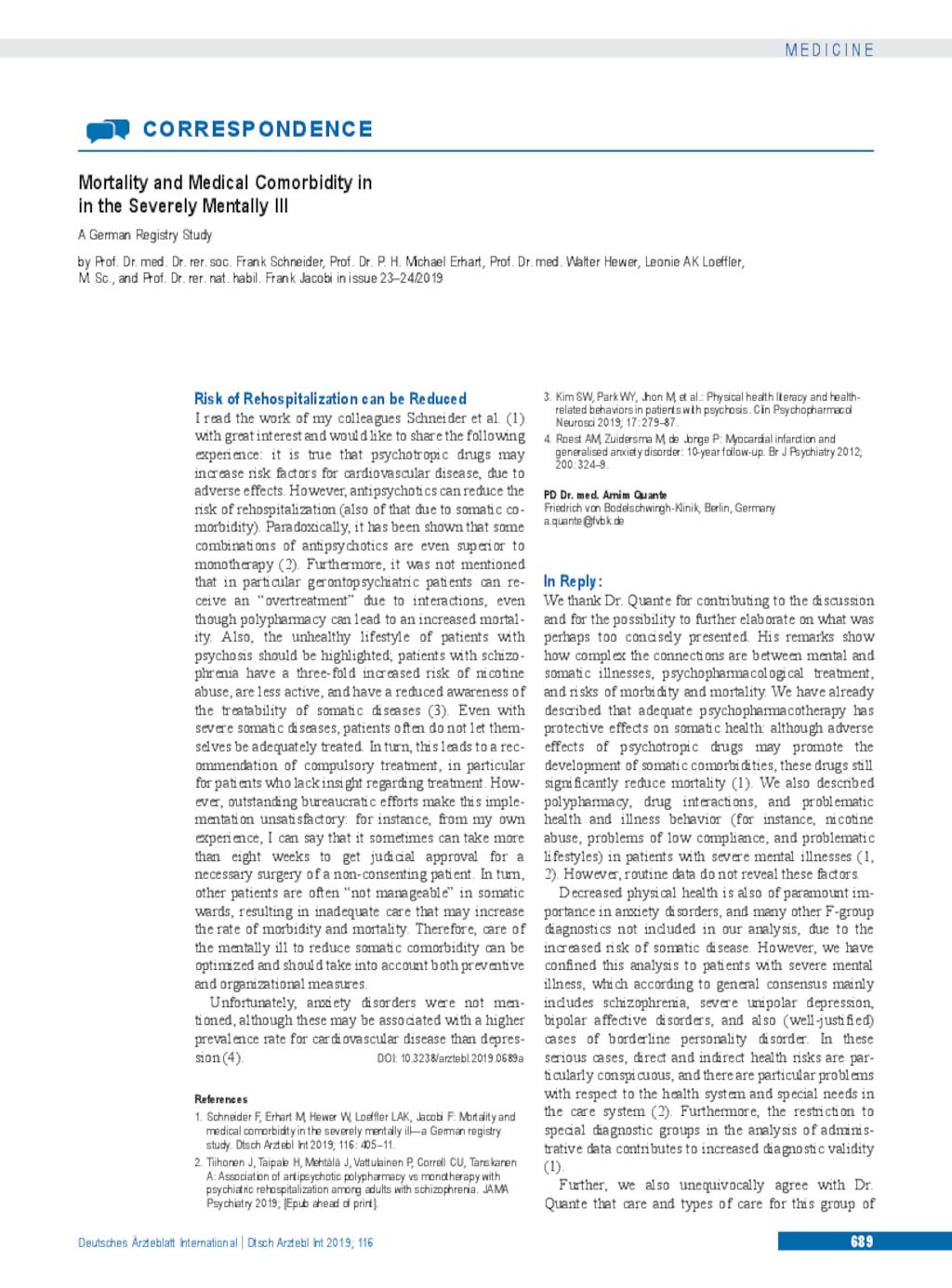