We are grateful for the reference to a possible association between toxoplasmosis infection and psychiatric disorders. In a meta-analysis (1), an association was found between toxoplasmosis (as measured by anti-T. gondii IgG positivity) and disorders such as schizophrenia (42 studies, odds ratio [OR]: 1.43), bipolar disorder (11 studies; 1.52; 95% confidence interval: [1.06; 2.18]), addiction (four studies; OR: 1.91; [1.49; 2.44]), and obsessive-compulsive disorder (two studies; 3.4; [1.73; 6.68]). The question of causality of toxoplasmosis for these psychiatric disorders is still controversial. For instance, in the cited study (2), it has to be taken into account that toxoplasmosis before clinical manifestation of schizophrenia could be demonstrated for only 28 individuals, of the study population of 80 000 persons. Thus, the “statistically significant increase in the incidence ratio of 2.78” is based on a very small database.

It is clear that toxoplasmosis in rodents leads to behavioral changes. However, these data (including those about the production of neurotransmitters) cannot be directly transferred to humans, as the massive number of intracerebral parasites and the severity of encephalitis that occurs especially in mice does not occur in humans (3).

Also, the reference to a change in dopamine metabolism due to chronic infection is controversial. Thus, experiments have convincingly refuted the idea that mice have increased dopamine levels due to T. gondii infection or to direct synthesis of dopamine by the parasite (4, 5). Likewise, seropositivity does not automatically mean that cysts are present in the brain, not even in animal models (3).

Based on these open questions and the currently (still) unconvincing causality between chronic infection and psychiatric disorders in humans (which may change with new imaging techniques), we have refrained from presenting this topic in this CME article (6). 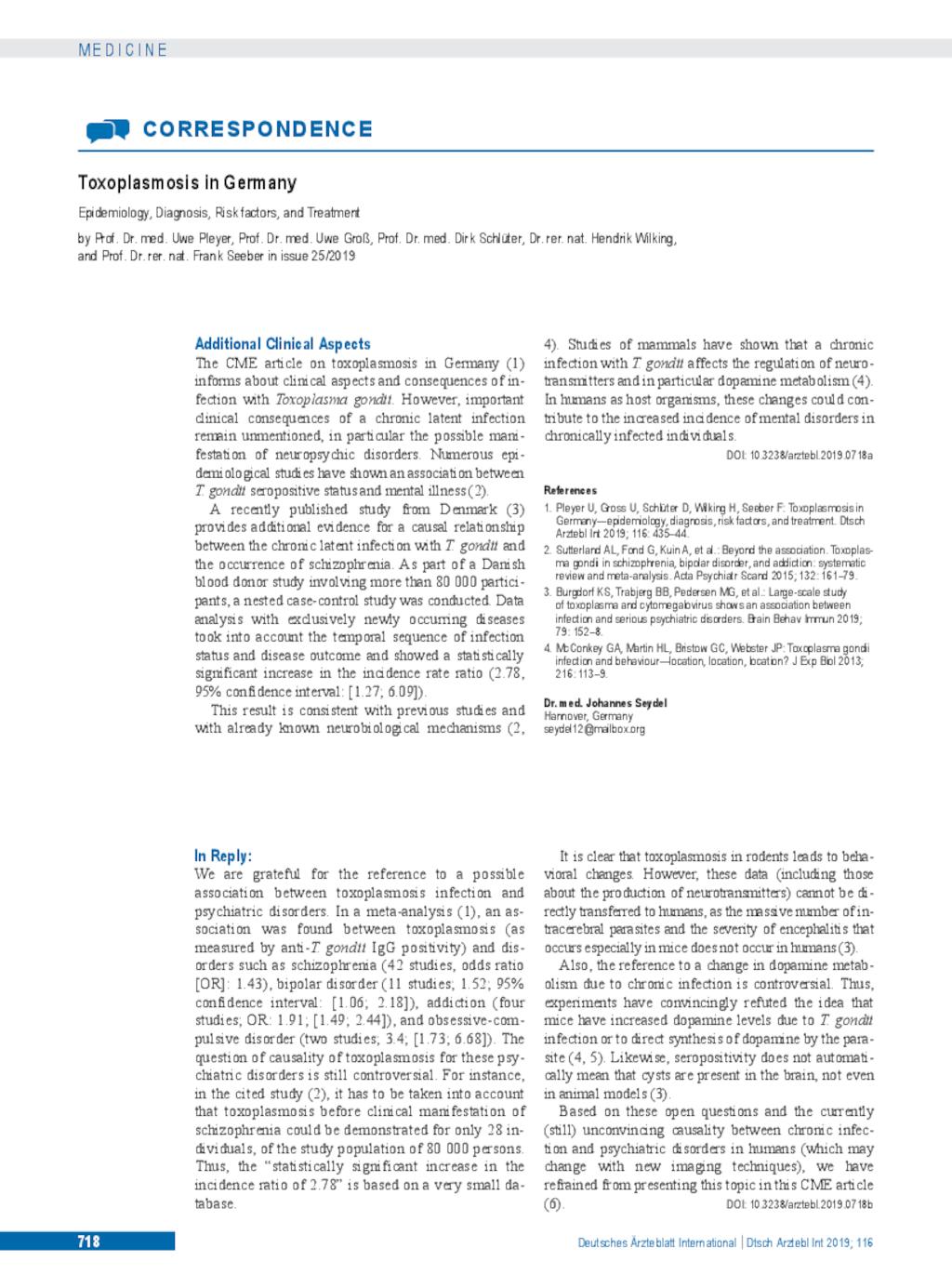