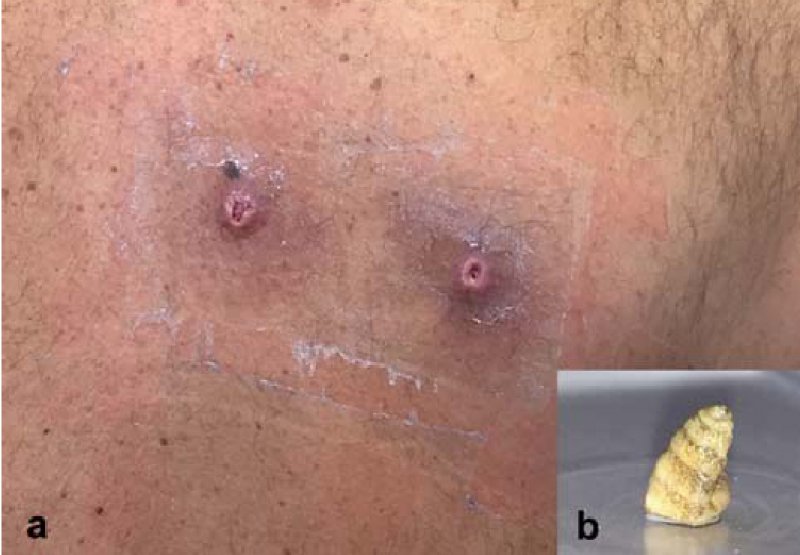 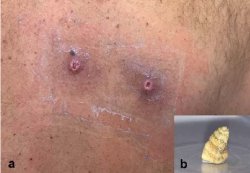 A 67-year-old man presented with subcutaneous swellings on his back after returning from a 3-week holiday in Senegal. He reported noticing a “crawling sensation” around his shoulder blades during the last few days of his stay. He had often gone around with his upper body unclad and had put his washing out to dry close to vegetation. We noted two firm, elastic, furuncular subcutaneous swellings, 1 to 2 cm in diameter, each with a central opening and partly drained after treatment by a primary care physician (Figure 1a). A ”maggot-like” structure was found and identified as the third larval stage of the mango fly (Cordylobia anthropophaga) (Figure 1b), which is thought to be the principal cause of furuncular myiasis in sub-Saharan Africa. Infection is by direct skin contact with sandy soil or with clothing that has been put on the ground to dry and had eggs laid on it. Mature larvae can be squeezed out or removed with tweezers. Extraction and local antiseptic treatment usually achieve rapid healing. In endemic regions it is recommended that skin contact with the ground be avoided and washing be hung up to dry indoors. The botfly Dermatobia hominis is the cause of a similar clinical manifestation in Central and South America. 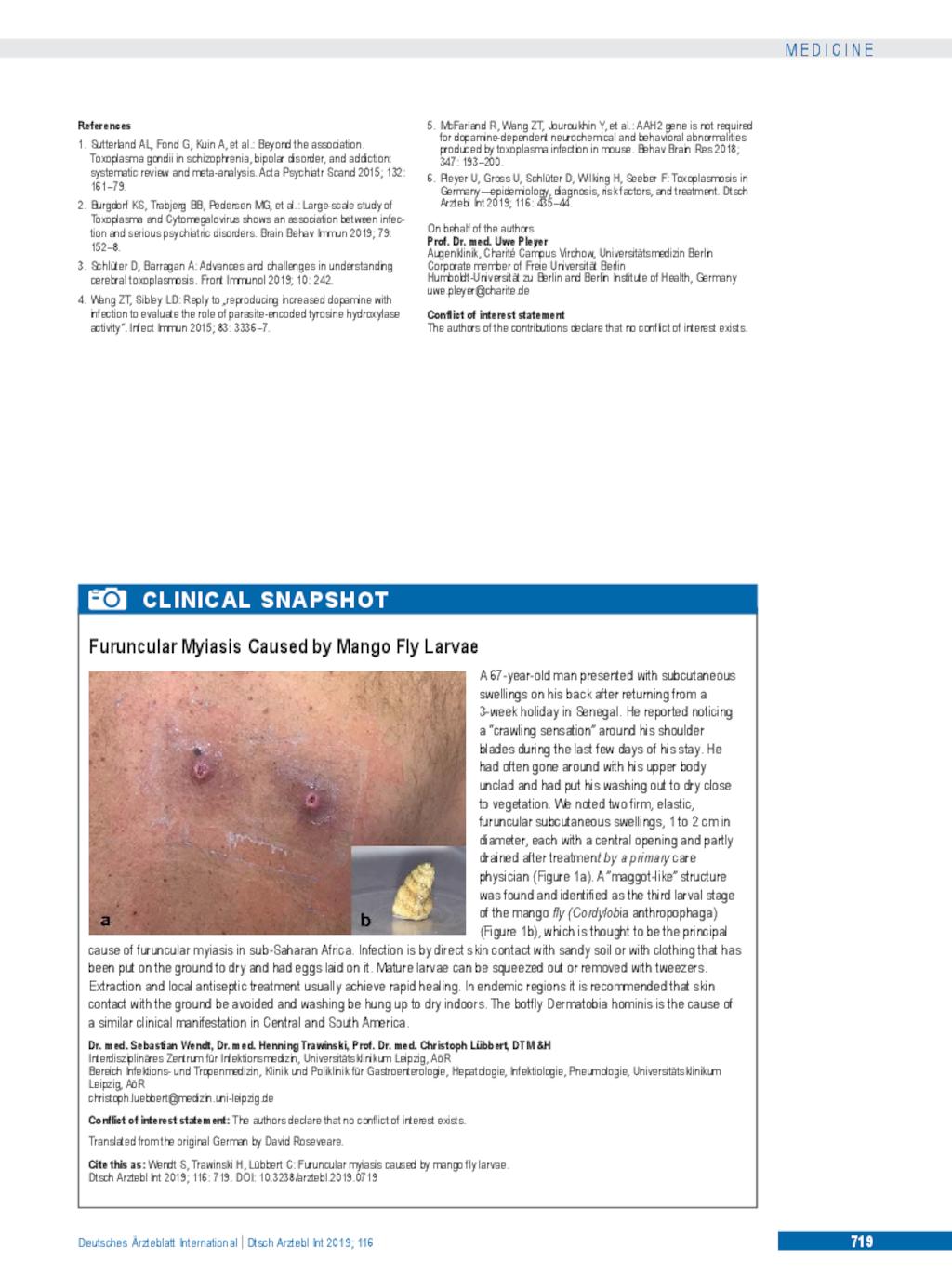