Please Refer Patients to an Ophthalmologist

In contrast to what is stated in the title, not only „benign“ diseases are dealt with in this article—a more informative title would have been helpful for the reader (1).

And if the authors are already presenting breast diseases more comprehensively, then in my opinion also diseases of the male breast should be discussed (such as gynecomastia, galactorrhea, etc.).

To complement the article, I would like to point out the following issue that was not mentioned:

If prolactinoma of the pituitary gland is presumed, it would be a mistake not to refer the patient to an ophthalmologist (2, 3). In pituitary tumors, ophthalmological diagnostics are required due to the close spatial relationship between the pituitary gland and the optic nerves (as cited in [4]). Visualization using magnetic resonance imaging and consultation with an endocrinologist cannot rule out visual field defects caused by an optic chiasm syndrome, which are not uncommon. Often, visual field defects are not noticed by patients themselves even at an advanced stage, especially as defects can occasionally occur unilaterally and only partially, rather than bilaterally. But the sooner any visual loss is detected, the better the chance of restoring or preserving visual function by rapid and successful therapy. Therefore, patients with suspicion of a pituitary tumor or a tumor adjacent to the pituitary gland should be referred to an ophthalmologist.

In the course of my practice, I remember two patients who showed a previously unknown prolactinoma because incomplete bitemporal (but not self-noticed) visual field defects were detected—perimetry was carried out for a different reason. The presence of galactorrhea is often not revealed to an ophthalmologist due to embarrassment. And if suspicious cases are not presented to an ophthalmologist with a specific diagnostic term of reference (e.g. exclusion of chiasm syndrome in case of suspected pituitary tumor), perimetry of the outer borders of the visual field would routinely not be performed 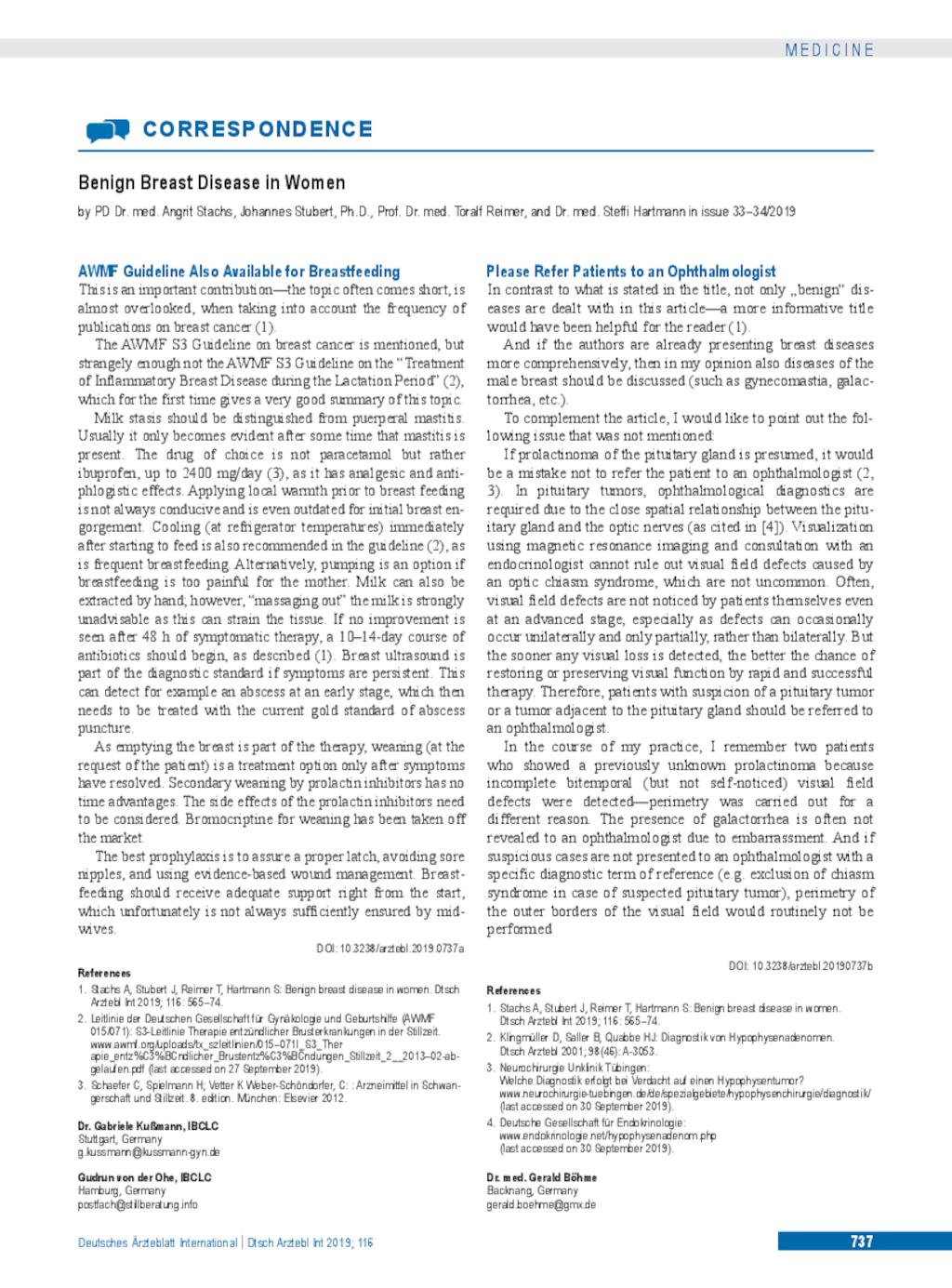