The Rare Occurrence of an Aneurysm of the Inferior Vena Cava

A 23-year-old man was referred with a right retroperitoneal mass and thrombosis of the inferior vena cava and the pelvic veins. The initial diagnostic imaging had shown a nonperfused right paracaval mass, 5.6 × 6 cm in diameter, below the inflow of the renal vein. Suspicion of lymphoma was expressed, with a differential diagnosis of sarcoma. Examination of a percutaneous biopsy sample revealed thrombotic material with a moderately cell-rich lymphoplasmacellular infiltrate. The findings of magnetic resonance imaging elsewhere had initially aroused the suspicion of an aneurysm of the inferior vena cava (Figure). According to the Gradman and Steinberg classification of 1993, an aneurysm at this location is categorized as type IV. Only 54 cases of aneurysm of the inferior vena cava were described up to the end of 2015. In the case described here, the aneurysm was found to have a narrow 1-cm connection and was completely resected without inferior vena cava replacement. Rivaroxaban was given for 6 months before recanalization of the partially thrombosed veins. 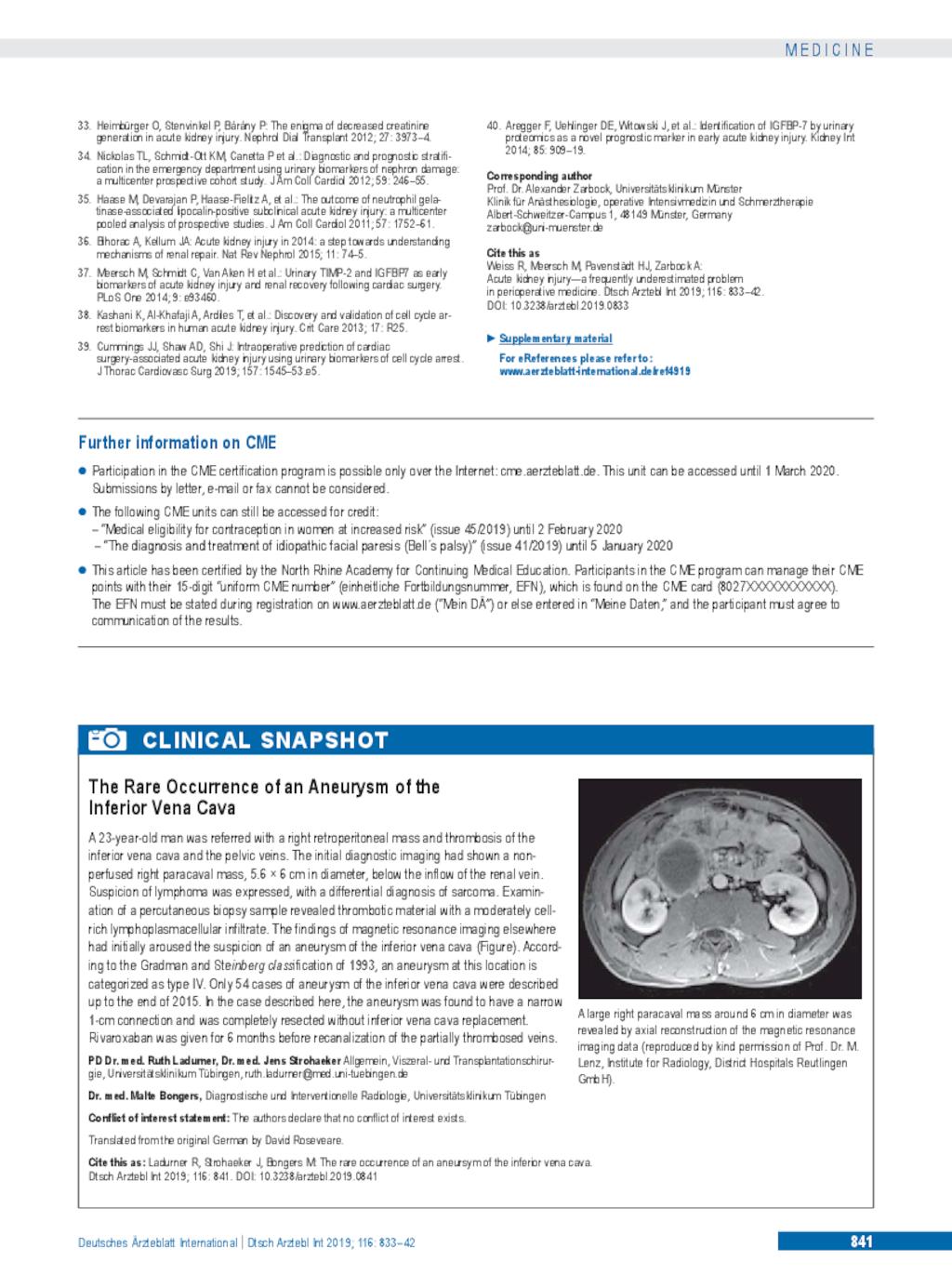