Condylar Destruction in an 8-Year-Old Girl After Osteochondritis Dissecans

An 8-year-old girl presented to our department with an 18-month history of locking and swelling of her right knee joint. An urgent patient referral to our department, as advised by the primarily treating orthopedist, had not been carried out by the parents. Radiographs of the knee joint showed one large and several small bony fragments in projection of the posterolateral knee joint compartment. Magnetic resonance imaging confirmed an osteochondritis dissecans (incidence for the knee joint 3 to 6/10 000, peak onset in second decade of life) involving the entire posterolateral femoral condyle with a displaced osteochondral fragment (stage IV), advanced osteochondral defects, and loose bodies (Figure). Arthroscopy revealed a severe generalized synovitis. Multiple loose bodies were removed arthroscopically, and the large osteochondral fragment was removed through mini-arthrotomy (Insert). As a refixation of the condylar fragment was impossible, a microfracture treatment was performed to induce the formation of cartilaginous repair tissue. The patient remains under our follow-up. There have been no further complaints of pain or swelling, and no knee joint instability, even in flexion, has been reported. 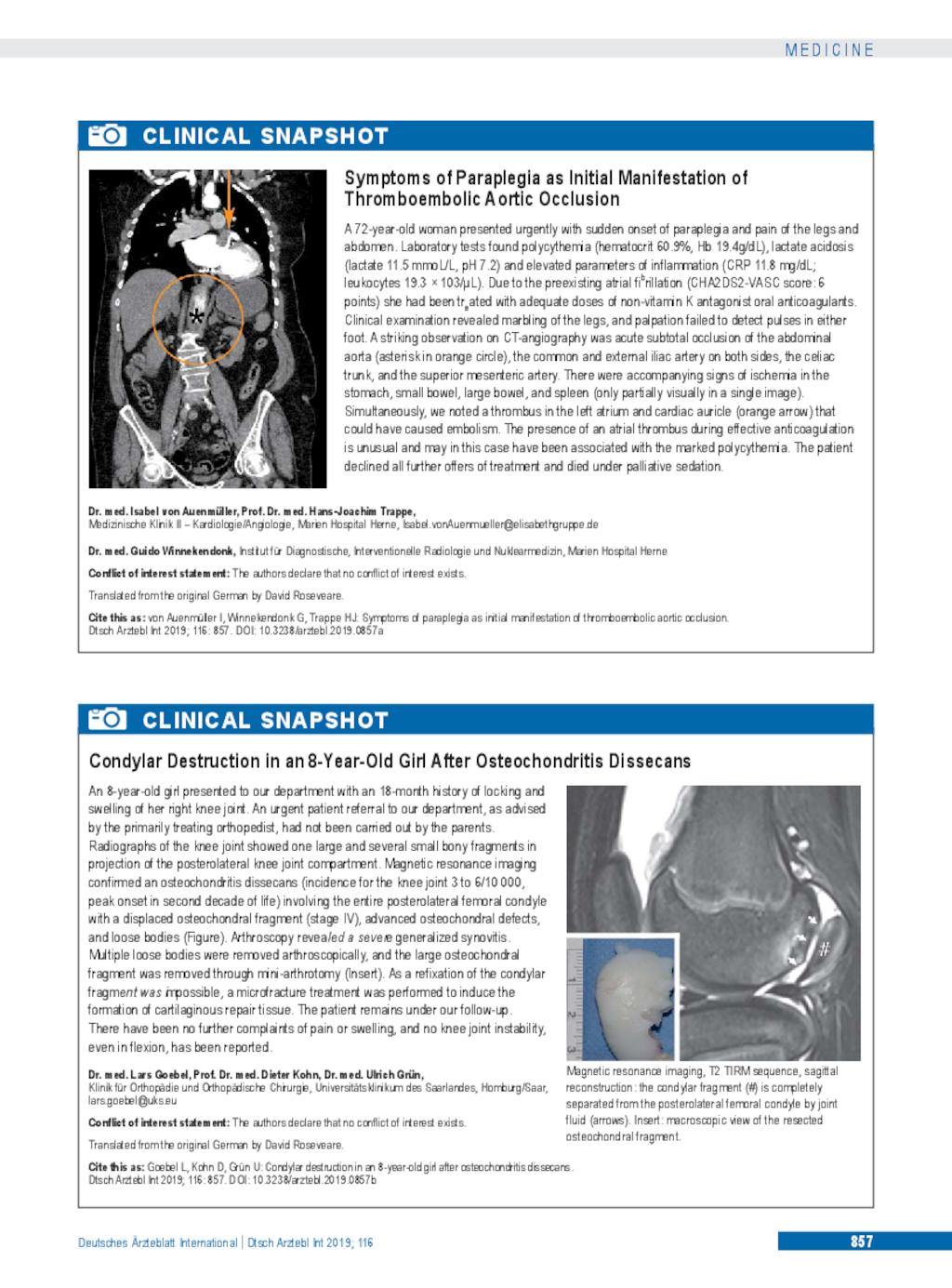