A 62-year-old woman presented reporting a history of nocturnal pruritus and multiple papules. Excoriated nodules and large areas of erythema were visible over the whole integument. Moreover, large yellowish scabs were present on the patient’s feet and around the navel (Figure, left). However, no ductal structures typical of scabies could be detected. Light microscopy revealed numerous agile scabies mites, eggs, and scybala in scabs removed from the umbilicus (Figure, right). This provided swift, simple confirmation of the diagnosis of crusted scabies. The patient’s husband was then examined and found to have skin manifestations typical of scabies, namely comma-shaped mite passages and crusty papules. The patient was admitted to hospital and treated in isolation, while persons with whom she had come into contact were treated according to the recommendations of the Robert Koch Institute. The crusts came off and the pruritus rapidly resolved. Crusted scabies is considered highly contagious because an extremely high density of mites must be assumed, particularly in the crusts and scabs. Even brief skin contact can lead to infection. Patients with crusted scabies are of particular relevance in the event of local outbreaks of scabies in care homes and hospitals.lepios Klinik Weissenfels, Weißenfels, d.kohn@asklepios.com 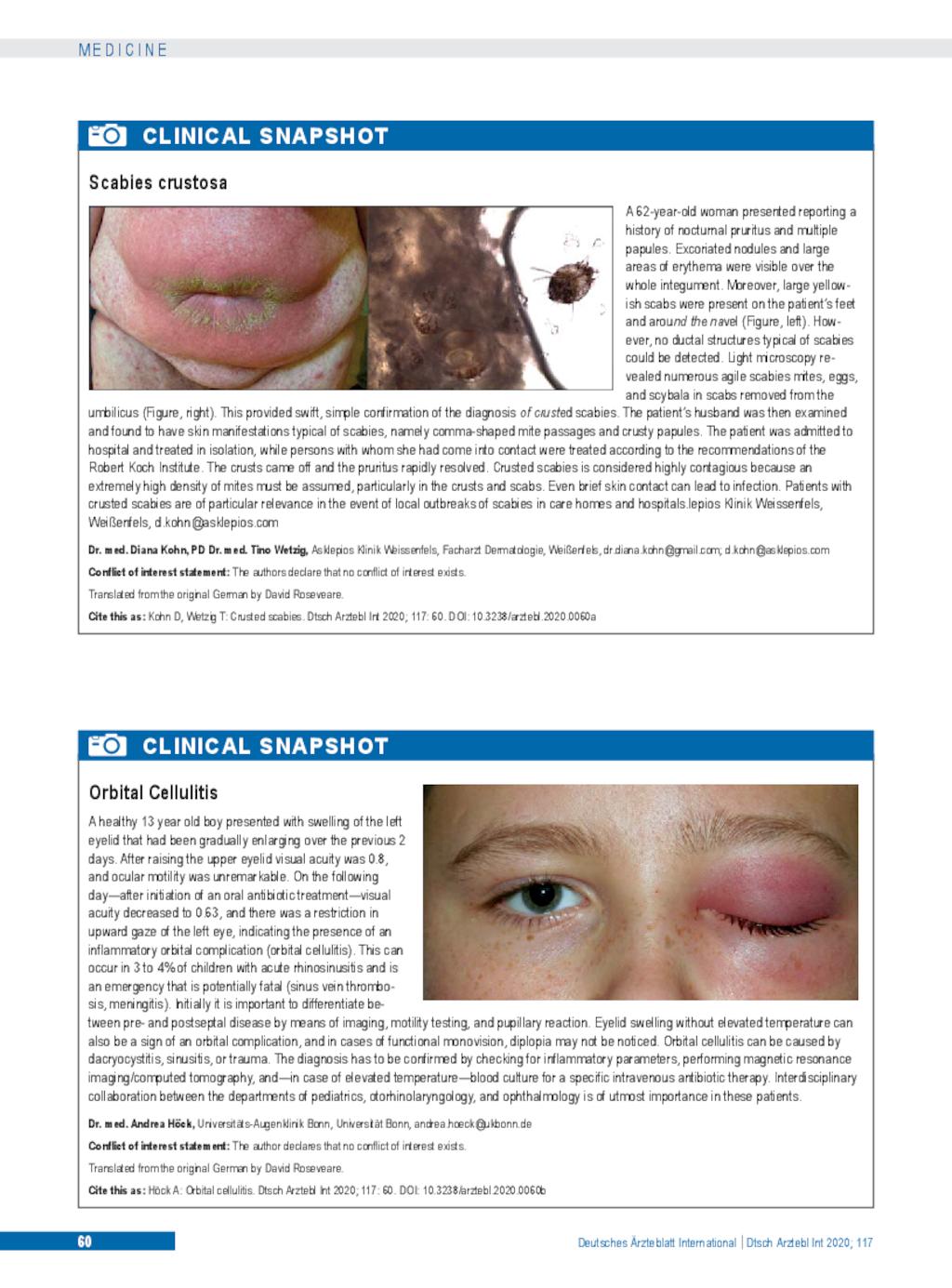