Description of Problematic Medications Alone Is Not Enough

Statistical information about the use of medications with the potential for addiction/dependency and misuse and prescribing behavior (1) can draw attention to values from medical ethics, such as avoidance/prevention of harm, and can thus indirectly stimulate changes in doctors’ behaviors. But to deduce causal relationships or treatment recommendations from these notices is a rather questionable approach. Unfortunately, many publications—including the article by Buth et al. (1)—which recommend not to prescribe opioid analgesics, Z-drugs, or benzodiazepines in the long term—do not include any suggestions of how to improve matters. One example: chronic pain and opioid analgesics. Pain disorders can as a rule be treated, but often not cured, and in some, no notable improvement occurs, which means that ethical considerations take over (2).

My own fundamental experiences in some 30 000 pain patients have shown that getting to the bottom of the cause of pain, the importance, the effects, and affected patients’ coping strategies requires a great deal of time, and that matters are often highly complex, so that conventional explanations according to the stimulus-response scheme, according to the model of nociception-experience of pain are not appropriate.

An improvement was achieved in 1996 with the introduction of the official qualification “specialized pain therapy”. Further progress might be made by introducing a medical specialty “pain medicine,” such as has been established within the EU in Ireland since 2014. According to the German Society for Pain Medicine, some 3.4 million people in Germany are affected by severe chronic pain (3). All that is available to these patients are about 1100 qualified pain therapists working in outpatient services, which is not enough for individual, personal care. 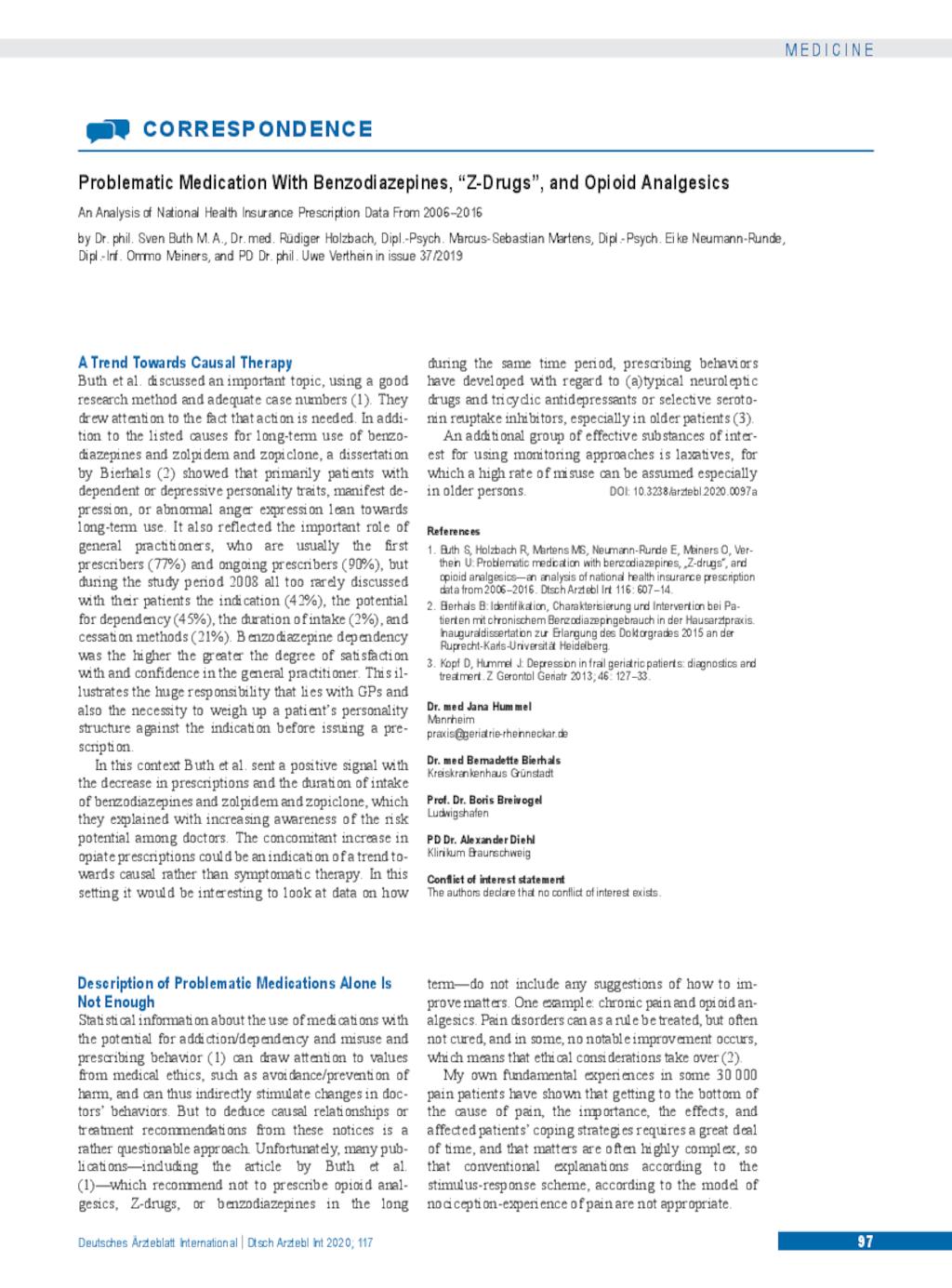