Vitamin B1 Deficiency Should not Be Forgotten

The authors write that delirium in particular is a relevant risk factor for the development of cognitive deficits after intensive care, and that managing the delirium is therefore of great importance for preventing such deficits, which are often permanent (1).

But not only alcohol-related illness but also other states with nutritional deficiencies/malnutrition (for example, hyperemesis gravidarum) can result in thiamine deficiency, and the need for thiamine is increased in many patients treated in intensive care and also when glucose infusions are required. According to the DGEM guideline on clinical nutrition in intensive care medicine, patients with indications of an alcohol-related disorder or thiamine deficiency should be treated with vitamin B1 from day one.

As a medical consultant in a geriatric acute and rehabilitation hospital in Berlin, I frequently see patients with severe cognitive deficits, who were transferred after treatment in intensive care. Often it is immediately clear from the third-party medical history or the physical and neurological examination results that such patients have a pre-existing alcohol-related disorder. Often clear symptoms—such as eye movement disorders or ataxias—indicate that the patient has had Wernicke encephalopathy, but this is not documented in the referral notes. Unfortunately in many of these cases, no vitamin B1 was given. Severe cognitive disorders are unfortunately often the consequence. 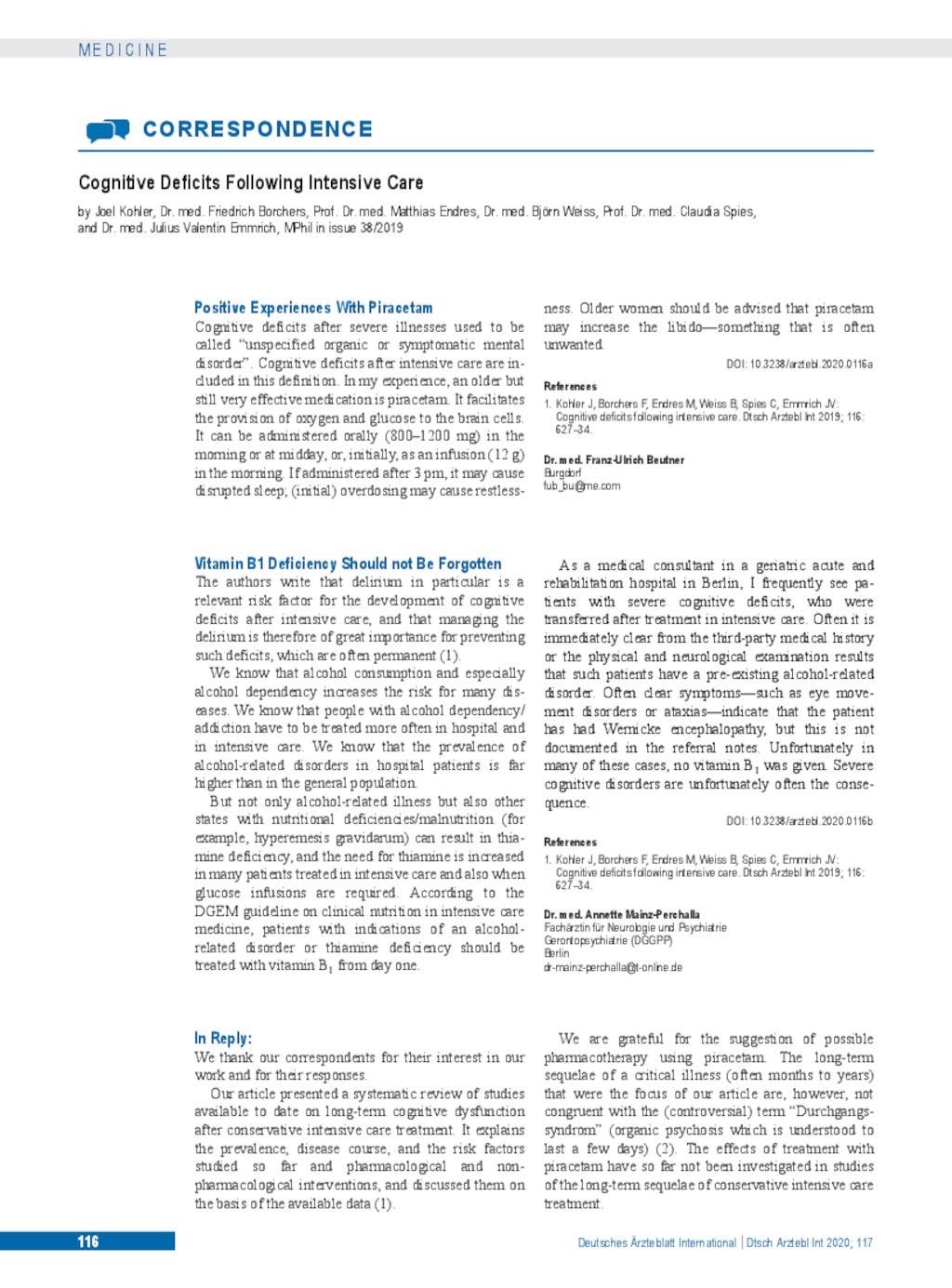