The authors point out that epileptic seizures in patients with obstructive sleep apnea are difficult to control with medication, and nocturnal seizures are a possible differential diagnosis to sleep-associated motor phenomena (1). It should, however, be made clearer that daytime somnolence and cognitive impairments during the day, with concentration and memory problems, can be primary indicators of epilepsy that has remained undiagnosed because it manifests with nocturnal seizures. For this reason, especially in younger persons, diagnostic evaluation using imaging and EEG should be undertaken.

From my own experience I wish to report the case of a 22-year-old female patient who occasionally woke up in a rumpled or disheveled bed and complained of daytime tiredness. When she had bitten her tongue one morning, an epileptic seizure was considered for the first time. An EEG was normal. Before it was possible to perform outpatient cranial magnetic resonance imaging, she died from sudden unexpected death in epilepsy (SUDEP) as a result of a further nocturnal seizure. The postmortem examination disclosed focal cortical dysplasia (FCD).

Sleep and epileptic activity influence one another. The epilepsy can be the cause of sleep disorders, by disturbing sleep architecture beyond the postictal phase. The result will be daytime tiredness and memory problems. Going through the stages of sleep is important for consolidating stored memories (2). On the other hand, disrupted sleep will bring about a deterioration in epileptic seizures. Nocturnal frontal lobe seizures are among the types of epilepsies that manifest during sleep (3). These can, for example, occur as a result of migration disorders and FCD (as in the reported patient) with hypermotor seizures. Genetic epilepsies, such as generalized tonic clonic seizures on waking up, are also sleep related.

Disrupted sleep and daytime tiredness can therefore primarily indicate epilepsy as the cause, not merely a secondary differential diagnosis of motor phenomena during sleep. 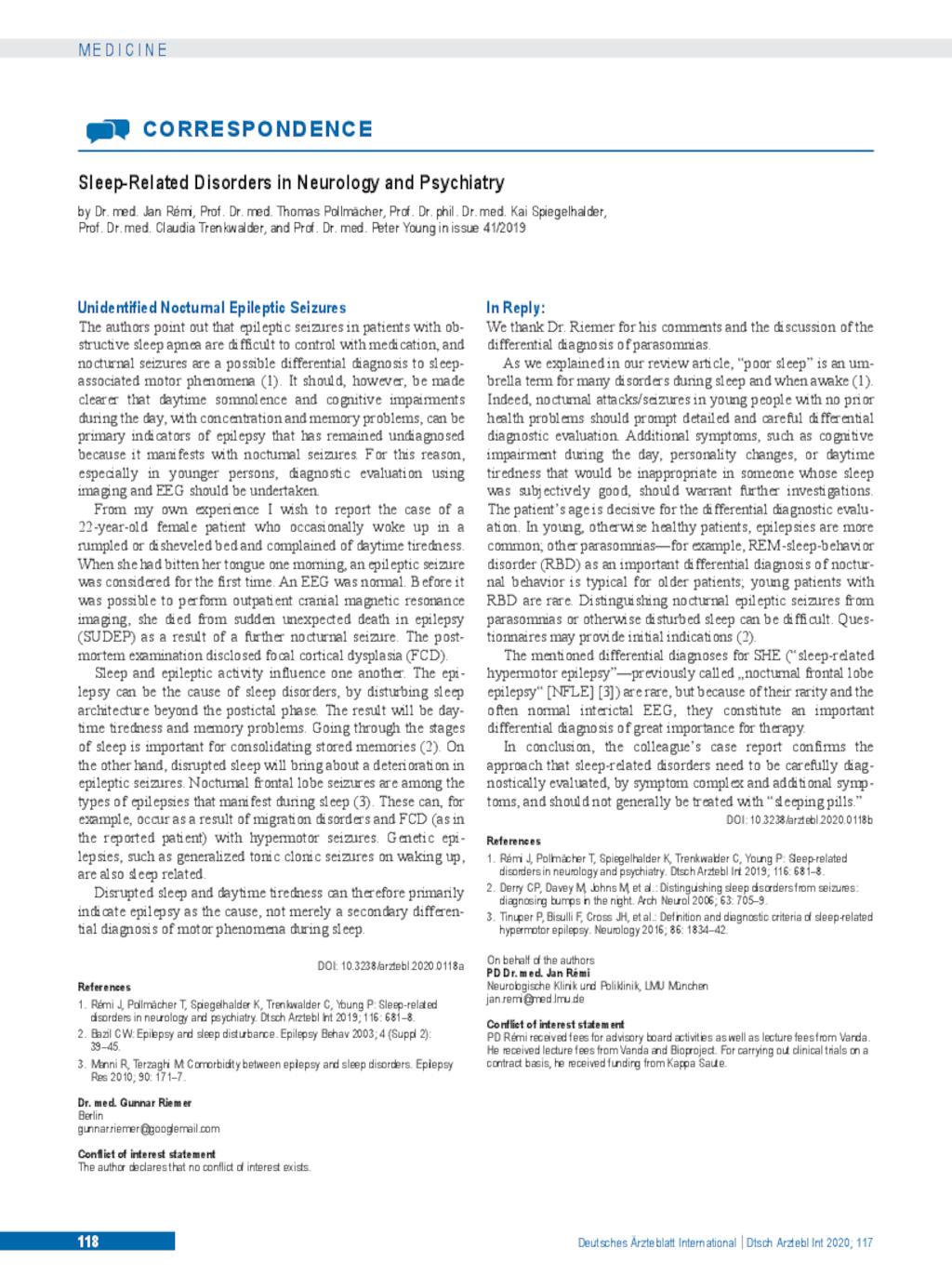