A 25-year-old man reported a 2-year history of recurrence of a soft swelling with two swollen afferent vessels on the left side of his forehead every 2 to 3 months (Figure a, arrow). He stated that the swelling was asymptomatic, persisted for a few days each time, and regressed without treatment. Magnetic resonance imaging showed an irregularly shaped venous structure in a bony canal of the scull (Figure b, arrow), compatible with a pericranial sinus. This rare vascular malformation of unknown origin is characterized by an abnormal anastomosis, usually close to the midline, between the intra- and extracranial venous systems. Congenital, syndrome-related, and acquired cases of pericranial sinus have been described. The patient could not recall any relevant trauma. The reason for the intermittent appearance is not known. The described prognosis of pericranial sinus is generally good: spontaneous regression, sometimes thrombosis, occasional bleeding with the risk of infection. If there are neurological symptoms, or on cosmetic reasons, vascular surgery or endovascular embolization can be performed. In the case reported here, such measures were considered unnecessary owing to the slight nature of the symptoms and the constant size of the swelling. Follow-up visits were agreed. 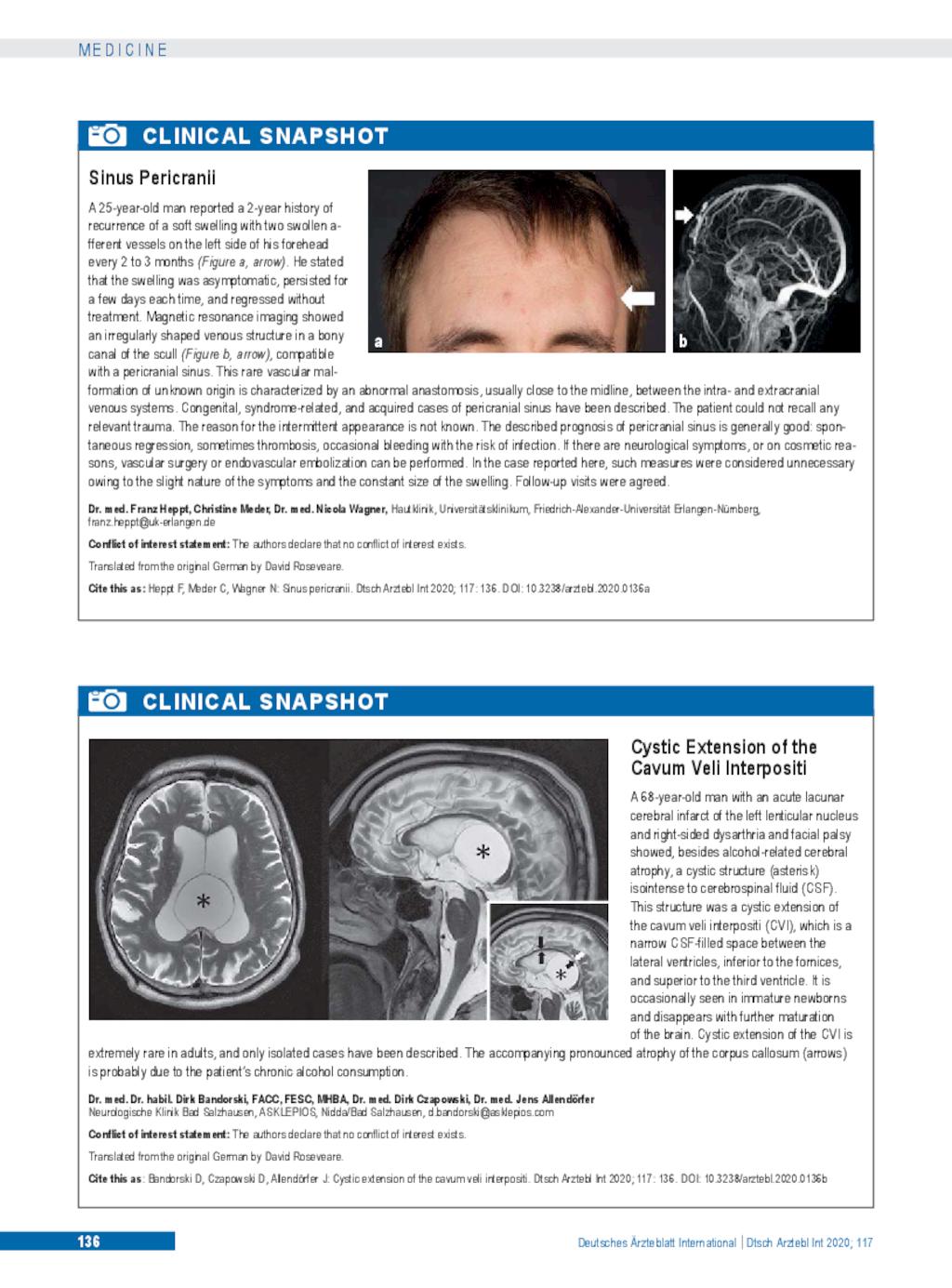