We very much welcomed the article on follow-up for cancer patients and consider it an important overview (1).

We do, however, feel obliged to point out a misinterpretation in the section about follow-up for patients with lung cancer.

In a subitem to the current follow-up recommendations, the authors explain the studies of follow-up for patients with lung cancer that are cited in the current German clinical practice guidelines for lung cancer (2). But they then recommend annual, low-dose computed tomography (CT) screening for the detection of recurrences or secondary cancers (i.e. secondary prevention) in high-risk patients with curatively treated cancer. They refer to a mortality reduction observed in participants of the National Lung Screening Trial (NLST) receiving a CT scan as compared to those who underwent a chest X-ray. The NLST is a large primary prevention study (3).

In our opinion, this conclusion can be drawn only for the risk group defined in the NLST. We are not aware of any study showing a survival benefit as a result of annual low-dose CT screening in curatively treated lung cancer patients.

In the NLST, three annual low-dose CT scans were undertaken in study participants who had not had lung cancer to date—pre-existing lung cancer, surgery to the lung, or a CT scan 18 months prior to inclusion in the study were exclusion criteria for participation in the NLST (4).

The existence of a further risk factor—such as a history of lung cancer or other tumors associated with smoking, exposure to asbestos, chronic obstructive pulmonary disease, or lung fibrosis—probably increases the risk for lung cancer, but the benefit in terms of a significant reduction in mortality as a result of low-dose CT screening has thus far not been confirmed.

Dr. Frille declares that no conflict of interest exists. 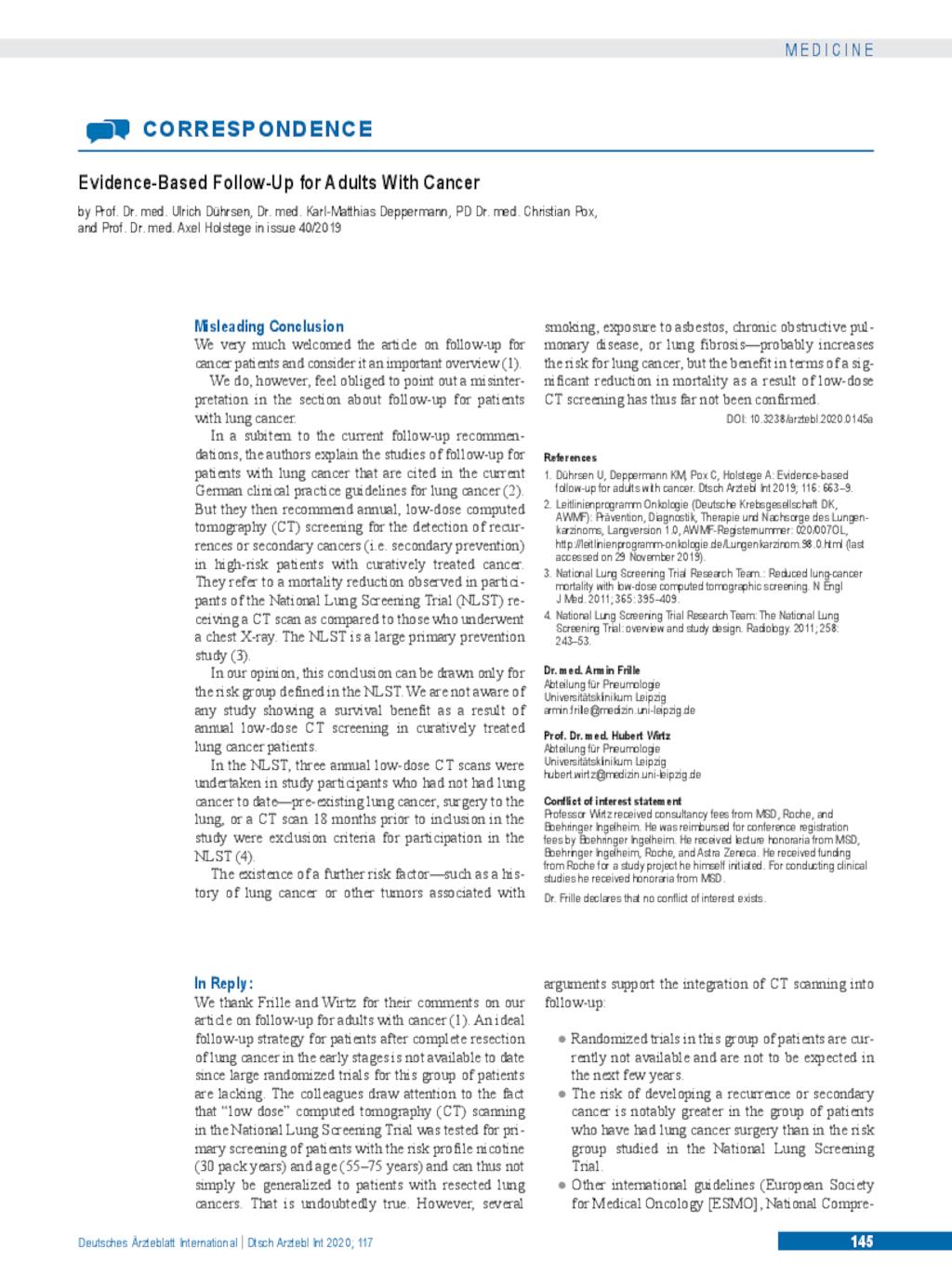