EA 24-year-old woman with known Crohn terminal ileitis in remission presented to the emergency department with pain in the right lower abdomen. The region was sensitive to pressure on physical examination, and clinical chemistry disclosed only a slightly elevated CRP level. Sonography showed a conglomerate of thickened small bowel loops. In view of the patient’s young age, the radiologists agreed to perform immediate magnetic resonance imaging to exclude complications of Crohn’s disease (Figure). This revealed a preterminal cockade with ileo–ileal invagination. Explorative laparotomy was carried out and the invagination was mechanically released. Seven days later the patient returned with renewed abdominal pain and nausea. The blood count showed mild leukocytosis, and sonography revealed a cockade of thickened ileal loops with renewed invagination. On repeat laparoscopy the recurrent invagination was confirmed and the affected segment of the ileum resected. Invagination has seldom been described in patients with Crohn’s disease, either postoperatively or in the presence of small bowel tumors. The detection rate is high with sonography and MRI. Invagination should always be considered as a possible cause of acute abdominal pain. 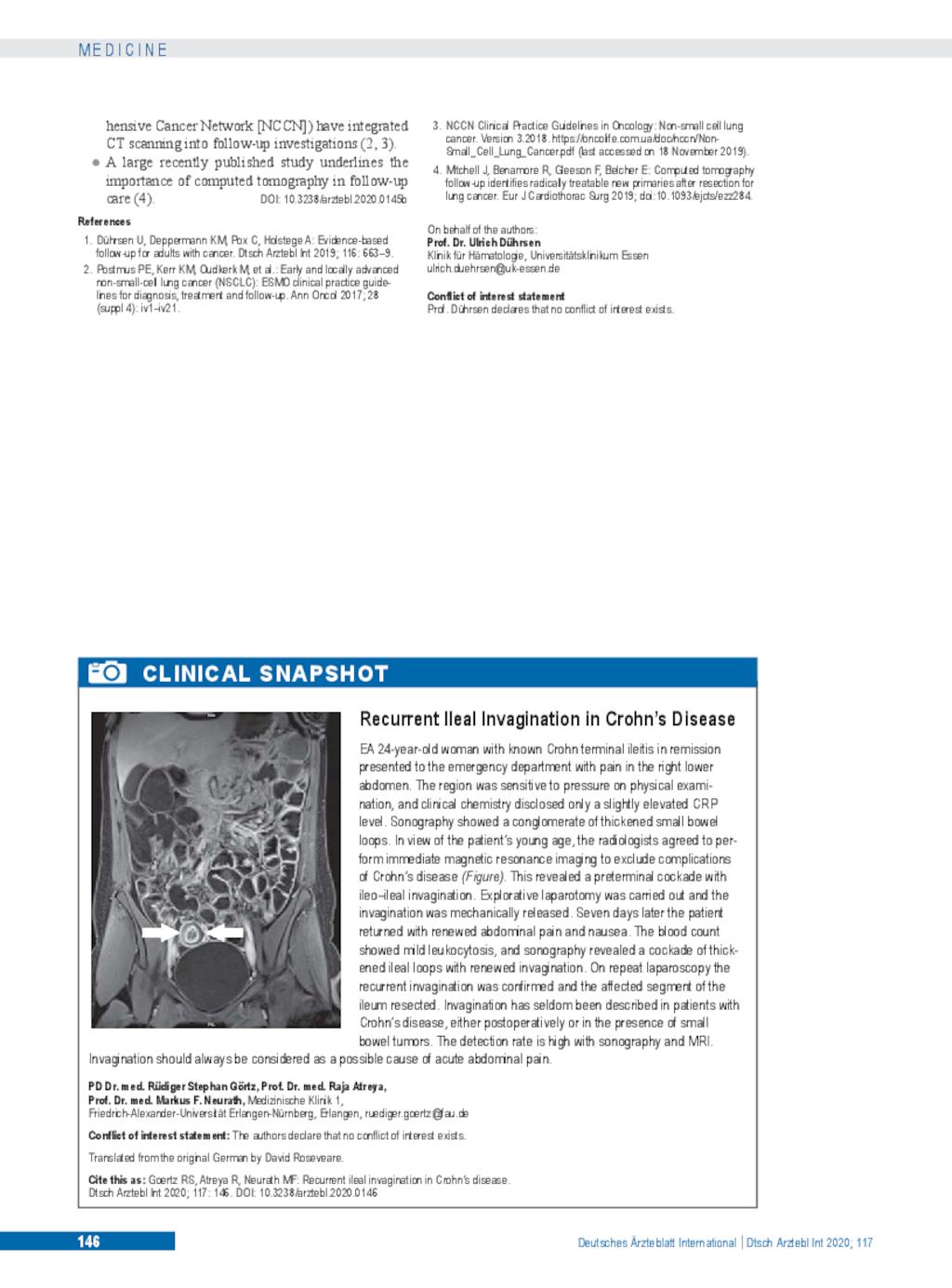