A 54-year-old man complained of pain and livid discoloration of the left big toe three weeks after a local anesthetic procedure. The routine laboratory parameters were normal. The left pedal pulses were not palpable. Duplex sonography revealed absence of flow in the pedal arteries. Angiography was performed with the crossover technique, without any immediate complication: the angiogram showed an unusual occlusion of all three arteries of the lower leg at the level of the ankle. An interdisciplinary discussion of the further management of the case was planned, but, before this could take place, the patient sustained an acute occlusion of the common iliac artery, which was then treated with catheter-assisted thrombectomy and local fibrinolysis in the leg. A few hours later, hemiparesis developed and CT scanning revealed multiple intracranial hemorrhages, consistent with hemorrhagic metastases, as well as a large pancreatic mass with hepatic metastases. The patient died a few weeks later.

Thromboembolism due to tumor-induced coagulopathy was first described by Armand Trousseau in 1865. The term “Trousseau syndrome” generally refers to venous thromboses in tumor patients, but, in this case, pathological thrombi formed in the arterial circulation. An as yet undiagnosed malignancy should enter into the differential diagnosis of any unusual arterial occlusion. 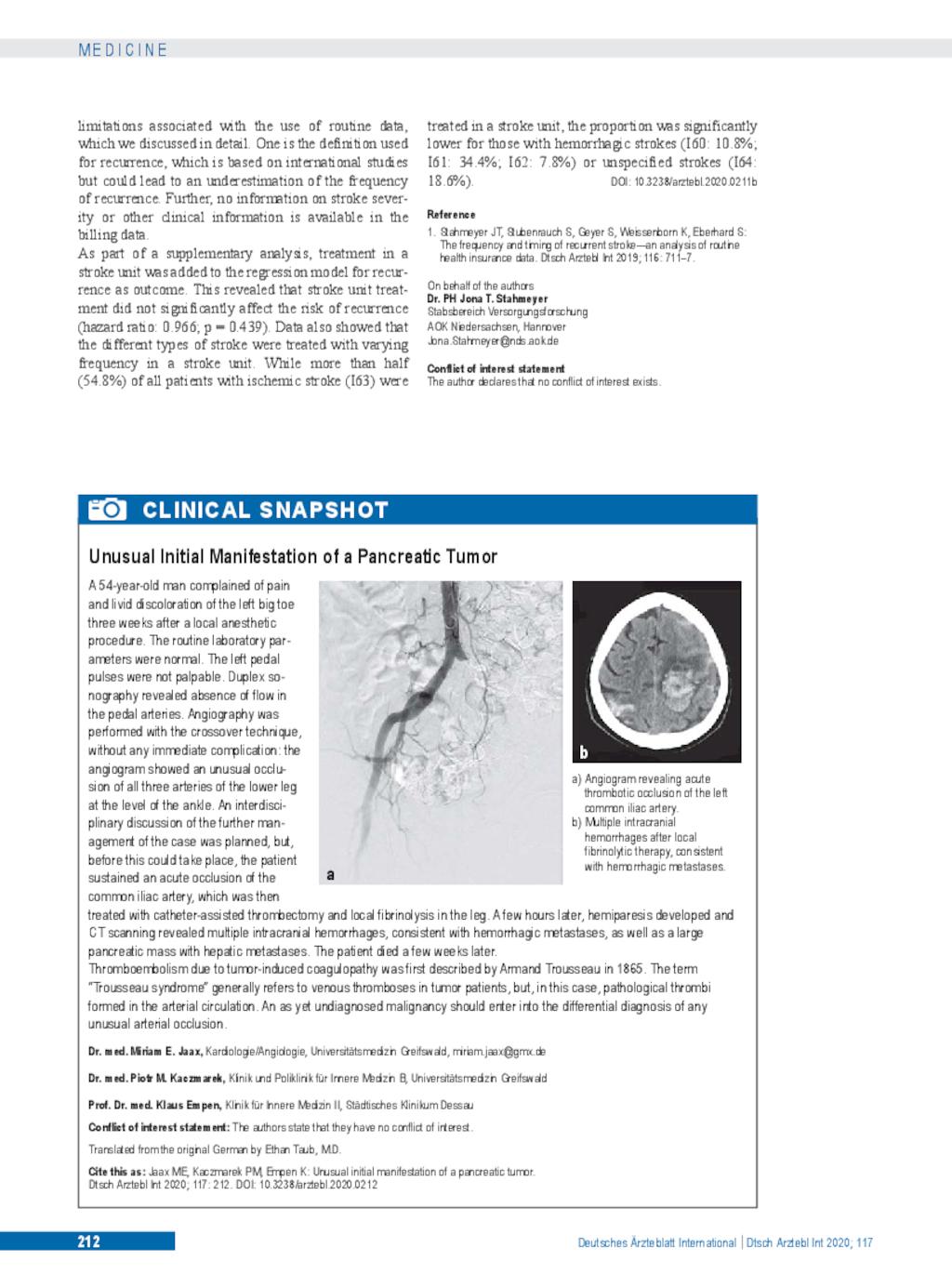