A 23-year-old woman presented with painful detachment of the distal half of all her fingernails. On questioning about her medical history, she reported taking a tetracycline antibiotic (doxycycline 100 mg/d) for the past 5 weeks. This had been prescribed in connection with prevention of malaria during a trip to West Africa, which is in accordance with the recommendations of the World Health Organization and the German Society for Tropical Medicine and Global Health but represents off-label use in Germany. The patient’s toenails were only slightly affected, and no other adverse effects occurred. She had taken the same substance for malaria prevention over a 4-month period in 2014, with no undesired effects. She discontinued the intake of doxycycline after her consultation with us, and 4 months later nearly all of her nails were again normally attached. Distal phototoxic onycholysis and discoloration of the nails are known rare (<1:1000) adverse effects of tetracyclines, and this should be explained whenever these substances are prescribed. 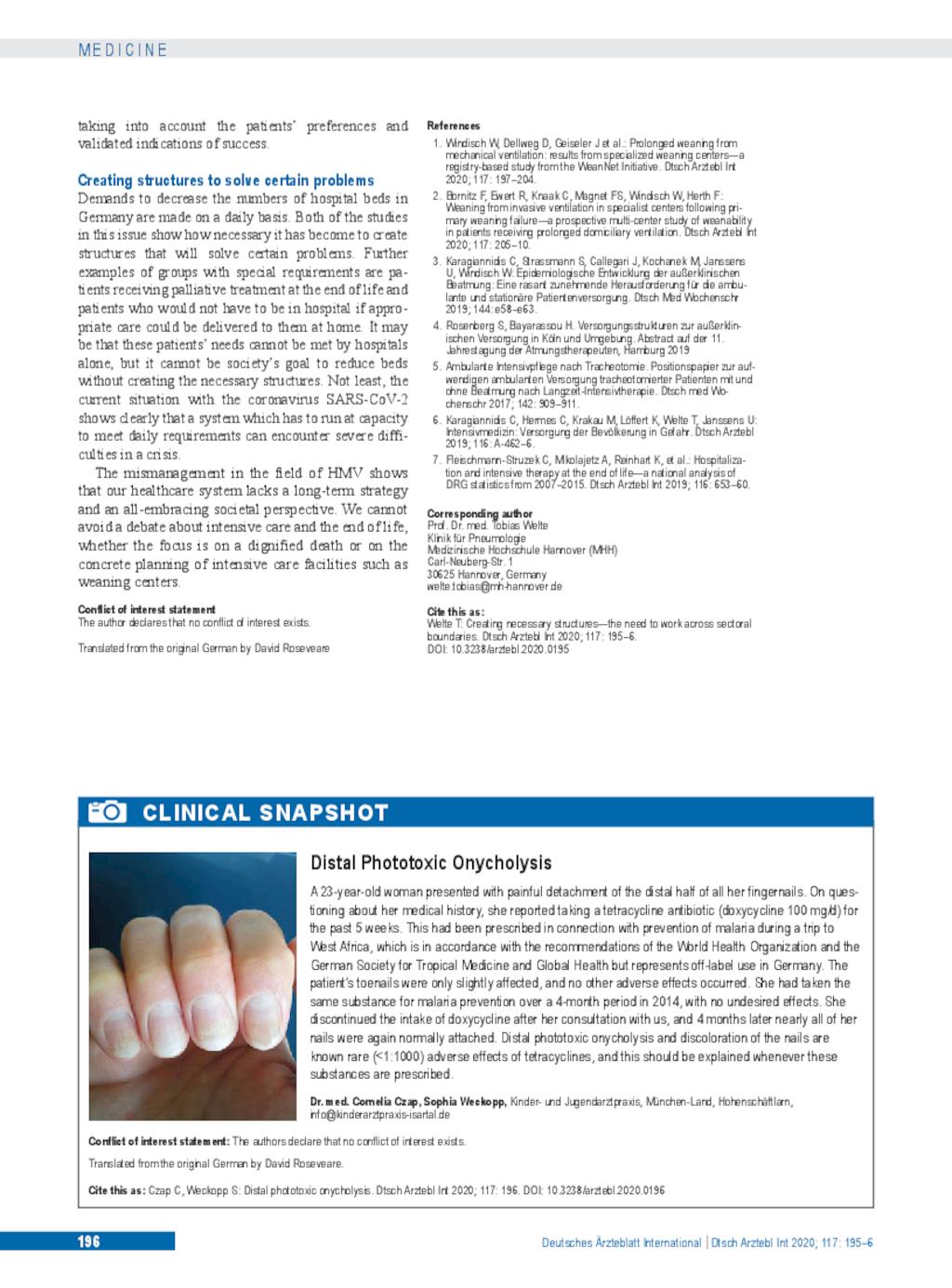