Relapse and mortality rates were methodically evaluated on the basis of health insurance data, which—in contrast to purely register-based approaches—record individual courses even after inpatient treatment (1). As data from 2010/2011 were used, the frequency of recurrence over five years can be determined in an observation period up to December 2016. The definition that was used only records a relapse if the location is coded. However, as this is not revenue-relevant, it will not always take place and will lead to an underestimation. No differentiation is made for recurrence and mortality rates after a specific diagnosis, and the classification of I62 as a stroke is generally viewed critically.

The results here are not unexpected and are relatively unspecific. Significantly lower mortality is reported for patients treated in a stroke unit (SU). In 2017, however, the SU rate (OPS8–981.0/–1, 98b.*0/–1) differed between 19% (I60), 43% (I61), and 74% (I63) (2). Here, stratification after diagnosis as well as differentiation after intensive care stay (ICU, OPS8–980/98f) would also be interesting. Unfortunately, however, the influence of SU treatment on the frequency of recurrence is not reported.

Indicators of qualitative stroke treatment include the type of care in specialized wards (SU / ICU) and the rate of recanalization therapies (thrombolysis, thrombectomy), among others. Therefore, an analysis of these factors with respect to mortality and frequency of recurrence would be of particular interest to clinicians and care planners. Increases in the nationwide SU rate of ischemic strokes, from 53% and 74% in 2010–2017, as well as in the rates of thrombolysis (8.9% to 15.9%) and thrombectomy (0.8% to 5.8%) were seen (3, 4). Accordingly, we believe that an additional analysis of the changes in early recurrence and mortality rates, for instance of 2010/2011 and 2015/2016, with a follow-up period up to December 2012 and December 2017, respectively, would have been significantly more meaningful. This can possibly serve as motivation for a follow-up analysis. 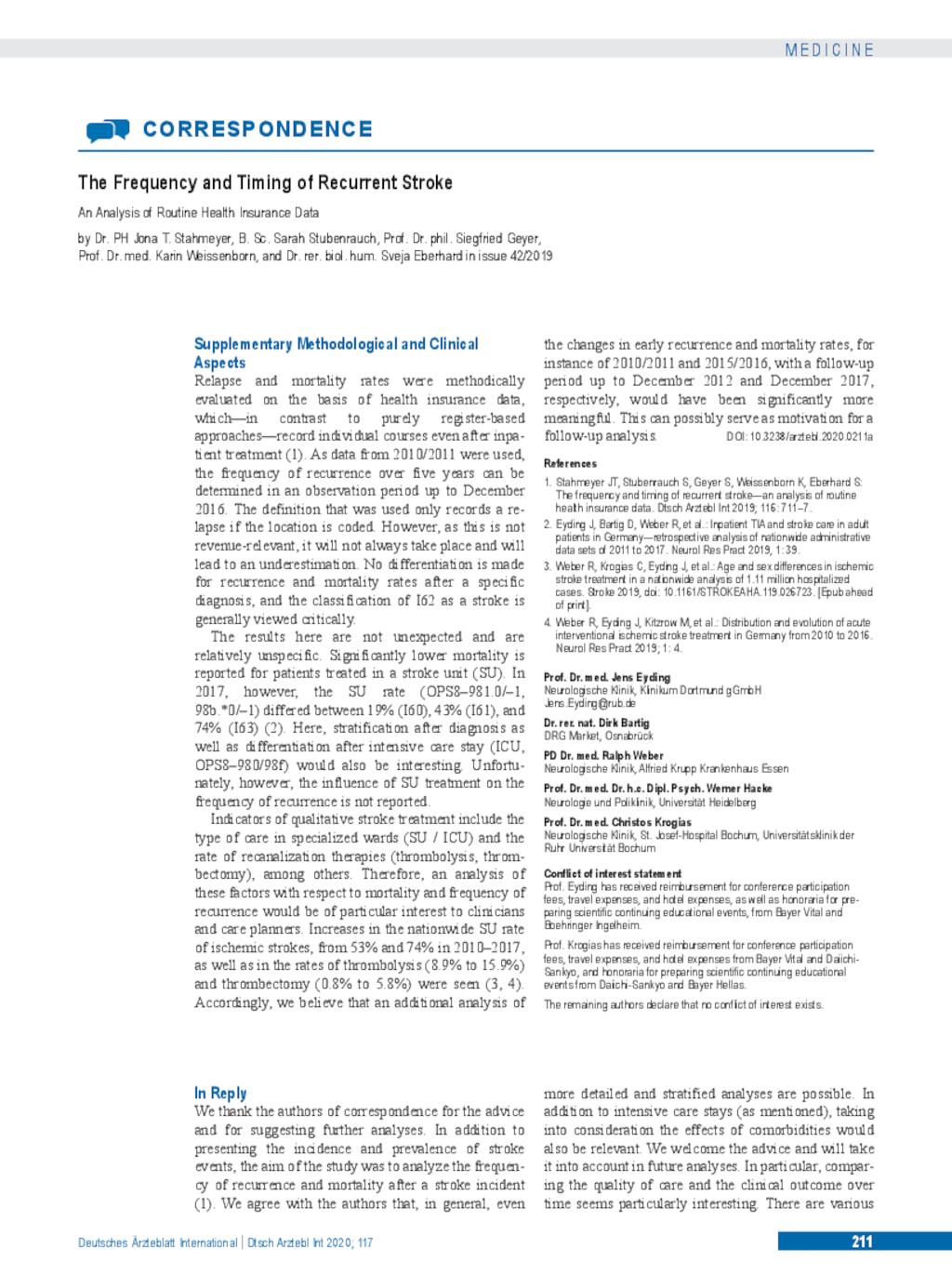