Figure
a) No pathological skeletal abnormalities on CT.; b) Unexpected 18FDG enhancement of the L3 vertebral body on PET-CT.
Enlarge All figures

A 39-year-old man presented with cachexia three months after renal transplantation. He was under immunosuppressive treatment. Diagnostic evaluation revealed an initial infection with Epstein-Barr virus (EBV), 4700 copies/ml, presumably originating in the transplanted kidney. Computed tomography (CT) of the abdomen revealed multiple enlarged lymph nodes. On 18FDG-PET-CT for biopsy planning, the most intense relevant enhancement was found in the L3 vertebral body, which had appeared normal in the abdominal CT (Figures a and b). Biopsy of the L3 vertebral body then led to the diagnosis of a monomorphic B-cell post-transplantation lymphoproliferative disease (PTLD), a disease that is known to arise at greater frequency in patients taking calcineurin inhibitors, particularly when they are EBV-negative organ recipients. The immunosuppressive treatment was reduced, no specific antiviral treatment was given, and he was treated with chemotherapy (rituximab), resulting in a stable remission of PTLD. EBV infection is often associated with early manifestation of PTLD (the so-called early peak). The cumulative incidence of early PTLD in the first year after renal transplantation is ca. 0.35%, but the risk is elevated as much as tenfold in EBV-seronegative transplant recipients.

Figure
a) No pathological skeletal abnormalities on CT.; b) Unexpected 18FDG enhancement of the L3 vertebral body on PET-CT.
Enlarge All figures
Early Manifestation of Post-Transplantation Leukemia Due to... 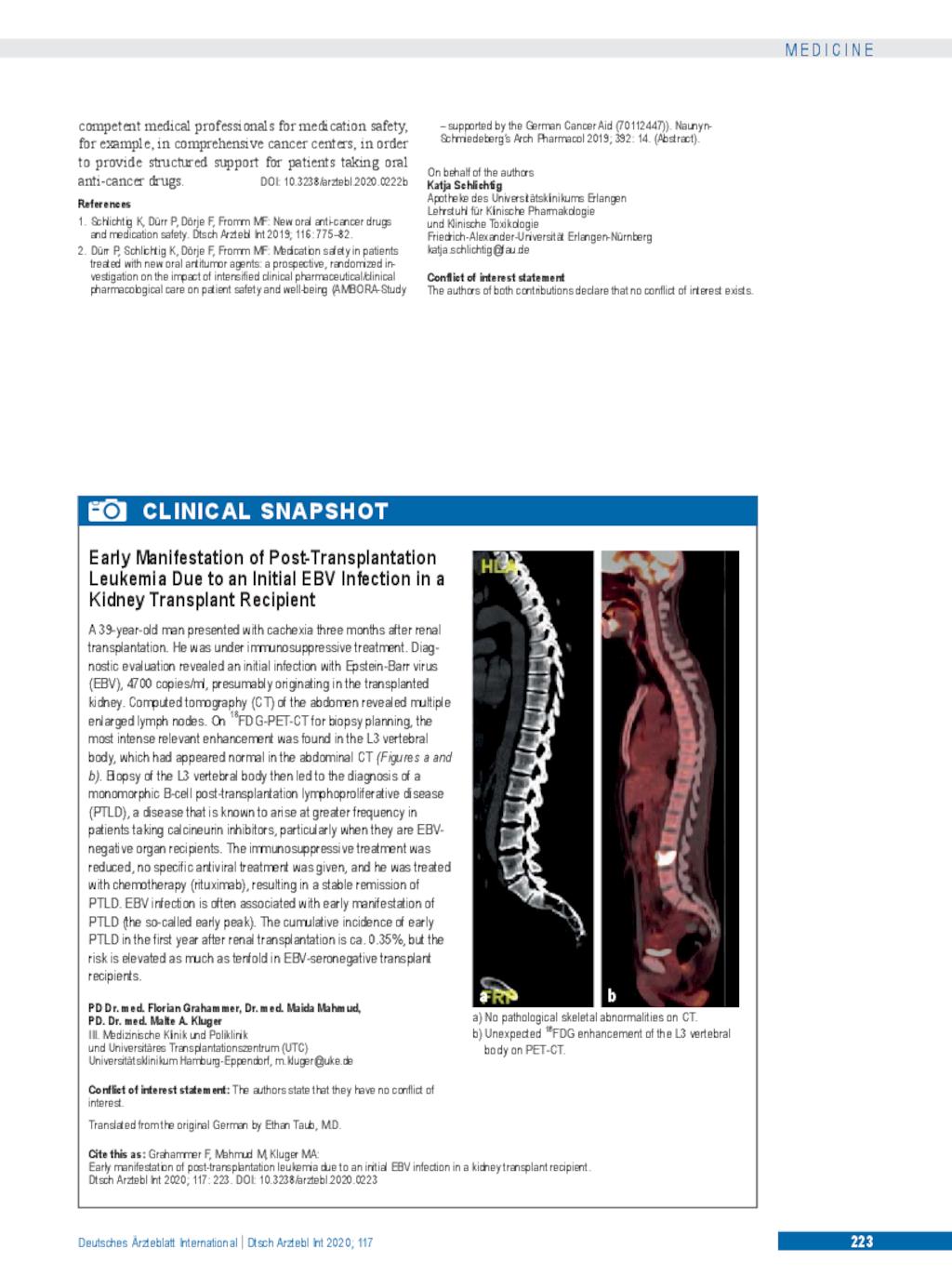